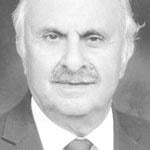 The Balfour Declaration signed at the end of the First World War on November 2, 1917 surprisingly allowed the establishment of a Jewish state in Palestine. This was a big victory for Zionism, which is an ideology for the creation of an independent Jewish state in the region of Palestine.

After the defeat of the Ottoman Empire, the All India Muslim League (AIML) started the Khilafat Movement and solidly stood for Palestinian rights under the inspiring leadership of the Quaid. In the historic Luknow session of the AIML in October 1937, Quaid-e-Azam made a very forceful speech for Palestinian rights: "Britain is digging its own grave if they don't stand with Arabs and Palestinians".

A strong resolution in favour of Palestinians was passed and the League of Nations was also approached for Palestinian rights. Jinnah appreciated the freedom struggle although the British rulers of undivided India called the freedom fighters gangsters. Jinnah also raised the issue of Palestinian rights in his address to the students of Aligarh University in 1844. Allama Muhammad Iqbal had once stated that if Jews had claim on Arab land because they were there two thousands years ago, Muslims also had a claim on Spain, where Muslims ruled for nearly 800 years (711-1492).

After British permission, approximately ten thousand Jewish settlers kept pouring into Palestine every year. Today, the Jewish population in the entire world is about 15 million. Out of this, 51 percent live in the US and 30 percent in Israel. The Muslim population which is 1500 million (100 times bigger) is unfortunately unable to get the Palestinians their rights as are enshrined in the UN charter.

In 1982, in the Sabra and Shatila camps alone, some 3500 Palestinian refugees were massacred with impunity. Even today unprecedented atrocities are being committed. No one in Gaza or in the West Bank is safe. Even international media houses have been destroyed. This is Israeli genicide against unarmed Palestinians and the world's conscience is unfortunately in slumber. This is happening because the so-called sole superpower United States has become hostage to Zionist lobbying. President Joe Biden is also singing the old song: "Israel has the right to defend itself". Bernie Sanders, though, was recently reported in the New York Times as saying that the "US must stop being apologist for the Netanyahu government".

The fact is that today Palestinians, Hamas and Hezbollah are alone fighting their battles. Only Iran, Syria and to some extent Lebanon are helping them. Other important Muslim countries are not only unhelpful, but also ironically are seriously contemplating giving diplomatic recognition to Israel.

One main reason for this is the crisis of leadership in the Muslim World. Militarily strong Muslim countries have unfortunately weak economies and fragile logistic stamina to support any military action out of their countries. Resource-rich Arab countries on the other hand neither have professional armies nor political courage to annoy the sole superpower which already has numerous military bases right in the heart of the Middle East.

Pakistan can at least ensure that it does not only recognise Israel but also plays a pivotal role in making the OIC more potent and tries to earn sincere meaningful support from China and Russia for Kashmiris and Palestinians. Since self defence is the basic right of all sovereign countries, Muslim countries must not hesitate to provide all sorts of help to the Palestinians.