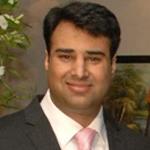 The battle at home

‘The toughest of all battles lies at home’ – aptly says a Pashtun proverb. Unfortunately, the fleeting consensus achieved during the last two decades on finding the genesis of terrorism and extremism ‘within’ is in danger of being lost.

The country is facing a new wave of violence. As we were slowly coming out of mourning over the brutal beheading of Hazara Shia miners in Balochistan, the killings of five soldiers and as many women social workers in separate incidents in erstwhile Fata during the last few days has once again jolted the national mood.

While the government’s response to the ordeal of the Hazara workers was disappointing in many ways, particularly around the saga of the prime ministerial visit to condole with the beleaguered community, it was quick to allege Indian involvement in the incident. Prime Minister Imran Khan linked the grotesque incident to a “bigger game” played by Indian spy agencies aimed at spreading “anarchy in the country by killing Sunni and Shia aalims”.

In November 2020, the government also unveiled a dossier that documents the links between the Pakistan-centric terrorist groups and Indian intelligence agencies. This was followed by the revelation of alleged Indian involvement in the 2014 APS Peshawar attack as well as its attempts to sabotage CPEC. Indeed, the arrest of Kulbhushan Jadhav and his ongoing trial does add credence to some of these assertions.

The government of Pakistan is well within its rights to expose the foreign involvement in incidents of terrorism in the country, but this should not come at the expense of losing sight of the simmering violent extremism within the country.

In fact, exposing Indian designs and rectifying internal fault lines should not be mutually exclusive positions. Disproportionately focusing on the former, however, creates the impression of the latter being neglected at best, or an attempt to externalize the problem at worst. Apart from the optics, it also brings into question the government’s ability to understand the structural causes of violence and its capacity to deal with them.

Take the example of worsening sectarianism for instance. The proscribed LeJ/ASWJ affiliated extremists and their splinter groups rebranding themselves as ISIS have continued to attack members of the Shia community. To make things worse, TLP extremists have also joined the bandwagon recently, deploying different tactics. In September 2020, the TLP and ASWJ joined hands to organize coordinated rallies attended by thousands of supporters in Karachi and Islamabad chanting extremely disturbing anti-Shia slogans. Over 40 cases against Shias were registered on charges of alleged blasphemy during and after the Muharram last year.

While the number of terrorist incidents that appear to have a sectarian motive remained the same in 2020 as the year before, the developments mentioned above and the marked increase in sectarian hate speech should have shaken the authorities into action.

However, there seems to be complete paralysis on the policy level. The choice of leadership at the interior ministry, despite many changes, has failed to inspire much confidence. It seems that partisan and short-term political objectives, rather than sound analysis and policy prowess, continue to guide these decisions. The result is that, despite completing half of its tenure, the government has failed to even present let alone implement a coherent internal security strategy.

The National Internal Security Policy (2018), adopted after extensive consultations with all stakeholders including senior PTI leaders, has been all but shunned. The growth of NACTA, envisaged as the apex counter terrorism/extremism authority, has been scuttled. The federal cabinet’s decision of forming a commission mid way in government’s tenure “for implementation of national narrative (developed by NACTA in 2017) and development of structures (reinventing the wheel?) against violent extremism and radicalization” is too little, too late and still awaits implementation.

The current state of affairs disproportionately puts the burden of countering terrorism and extremism on the military. While this has been effective in terms of dismantling organized terrorist networks and buying time to deal with the structural issues, the lack of civilian leadership and coordinated efforts threaten to erode these gains.

Conflicts along sectarian, ethnic, religious and territorial lines with varying intensities are smoldering across the urban and rural landscape of the country. The soft components of conflict resolution – reconciliation and rehabilitation; social and political inclusion; efficient justice system; education reforms; and targeted economic development, among others – remain sorely missing.

The independent security analysts have for long argued the importance of soft measures and interventions (as opposed to kinetic actions) in dealing with extremism and other structural causes of terrorism. The problem is multifaceted and has roots within both the state structure and policies as well as various societal undercurrents.

The government must re-prioritize the ‘battle at home’ as the existential challenge faced by the nation, rise above partisan lines and swiftly move towards implementing already agreed measures. The country cannot afford to lose precious time reinventing the wheel, duplicating efforts or simply underestimating the challenge.

Every life lost in violence is a life too many, and every prejudice felt in a diverse society like ours on the basis of religion, sect, ethnicity, class or gender is a prejudice too much. It is about time we not only just look inwards, but finally do something about it as well.

The writer is a public policy analyst based in Islamabad.