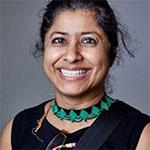 Anticolonial struggles forged against two centuries of colonial rule are our most important historical inheritance. It is more important than any heritage building or any other recuperation of tradition. And as we stand alongside the birth anniversaries of two extraordinary anticolonial thinkers – Mahatma Gandhi’s on October 2 and Mohammad Iqbal’s on October 9 – and in a pandemic that particularly makes our parent’s generation (the last to have experienced the anticolonial struggle) the most vulnerable, I want to restitute this anticolonial inheritance.

In the impoverishment of Pakistani school textbooks, Gandhi is usually represented as a ‘Hindu leader’ to be dismissed because of his apparent opposition to Jinnah and the invention of Pakistan. Despite Narendra Modi’s disingenuous claims to Gandhi in the New York Times, it should be clearer than ever that this Pakistani framing of Gandhi relinquishes an enormous treasure of political and philosophical thinking of which we are a part.

It is a part of us not only because so many young Muslims joined anticolonial politics because of Gandhi, or that his speeches in Karachi (on Bhagat Singh) and Peshawar (to the Khudai Khidmatgars) are vital to the histories of regions that Pakistanis inhabit today. Rather, Gandhi reflected, experimented and wrote about so much of what we continue to struggle with to this day (how to transform an unjust world) and which can never be parsed apart to the demands of Partition.

For one, anticolonialism was not, could never just be, about state power (Gandhi and Iqbal would have concurred on that). Imperialism’s structure of political and material inequality functioned through a whole set of ideas, disciplines and ordinary institutions. Opposition to it would require not just a critique of those ideas or new techniques of protest – ‘constructive work’, Gandhi argued, was integral to develop an ethics of care to address stigma (caste), difference (religion) and inequality (poverty) and build social worlds on a different basis. It is this ethics of care that I want to focus on here.

My parent’s generation that came of age through the last decade of colonial rule was profoundly shaped by this anticolonial ethics of care. They are that generation that sought out Western education, but returned forthwith to Pakistan and threw themselves self-consciously in shaping postcolonial futures.

My own middle-class parents, chartered accountant and pediatrician, gave much to their formal professions of which they were proud, but then alongside their careers dedicated themselves to projects like the SOS children’s villages of Sindh, schools and a technical training institute for their ‘children’, the Layton Rehmatullah Trust for free eye treatment across Pakistan, HELP for Karachi’s Civil Hospital, Rotary Clubs that fused professional networking to service, rapid earthquake and flood relief efforts, and so much more. This lifetime of dedicated service deserves our attention for it is something quite distinctive as an inheritance of anticolonial struggles and that saves Pakistan each day.

Much has been written about Gandhi’s concept of ‘seva’ or service, and he renamed the village in which he established his ashram in 1936 as ‘Sevagram’. This makes Gandhi particularly good to think with, albeit one did not have to be a ‘Gandhian’ to embrace this concept of service – and we see its variations across anticolonial struggles. It is distinctive from an older sense of religious duty to alleviate poverty, for that practice of care is imbued with piety, and where care is often restricted to members of one’s own religious community.

Anticolonial struggles transformed this religious basis of service into a dedication to a new kind of community –the nation. This is an ethics of care without any regard to religion/caste/biradari, through which a multi-religious, multi-ethnic nation could come into being. This transformation could be described as one from a ‘religious’ orientation to a ‘secular’ one, but like the idea of nation itself, such service did not require a renunciation of religious feeling, but rather an acceptance of religious and ethnic plurality.

However, it is also different from state-centered ‘economic development’ that became the mantra of decolonizing nation-states, or professional ‘development’ NGOs that stepped in in the 1980s as state planning seemed to falter. Regardless of the success or failures of the formal pursuit of ‘development’, measured constantly through different kinds of indexes, this rather ordinary, sustained service to the nation practised as an ethics of care remains a remarkable feature of my parent’s generation in the making of postcolonial societies.

In Pakistan, in particular, it may well have interceded in alleviating poverty associated with failures of development, but arguably more importantly it represents to me the daily claim to citizenship promised by anticolonial struggles but then diminished for so many that they have since despaired or departed. It’s time to reclaim our expansive anticolonial inheritance and with it an ethics of care and sense of possibility.

The writer is associate professor of history at Brown University.