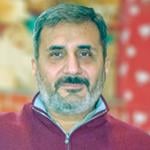 Political consensus needed to keep up with IMF-backed reforms

Pakistan has come away with a lavish praise from the International Monetary Fund (IMF) at the end of the first staff level review of the bailout package handed to it in May.

A statement issued at the conclusion of the 12-day meetings and talks with the Pakistani government leaders and economic managers, the Fund’s negotiating team led by Ernesto Ramirez Rego said the Pakistani authorities and the IMF mission had reached staff level agreement on the first review under the Extended Fund Facility (EFF). This has raised hopes that Pakistan would get the second tranche of 450 million dollars without any difficulty, though the statement maintained that it would be subject to the approval of the fund’s Executive Board.

According to the IMF mission, Pakistan has met all performance criteria for the end of September with comfortable margins, and progress continues towards meeting all structural benchmarks.

“The government’s policies have started to bear fruit, helping to reverse the build-up of vulnerabilities and restore economic stability,” the statement said. “The external and fiscal deficits are narrowing, inflation is expected to decline, and growth, although slow, remains positive.”

The fund maintained that sustaining sound policies and advancing structural reforms remain key priorities to enhance resilience and pave the way for stronger and sustainable growth.

“Despite a difficult environment, programme implementation has been good,” the mission observed.

“On the macroeconomic front, signs that economic stability is gradually taking hold are steadily emerging,” it said, adding that “the external position is strengthening, underpinned by an orderly transition to a flexible, market-determined exchange rate by the State Bank of Pakistan (SBP) and a higher-than-expected increase in SBP’s net international reserves.”

According to the IMF mission, budgetary revenue collections are growing on the back of efforts on tax administration and policy changes, and despite the ongoing compression in import-related taxes.

Inflation pressures were expected to recede soon, reflecting an appropriate monetary stance. Importantly, measures to strengthen the social safety net were being implemented, and development spending was being prioritised.

“The near-term macroeconomic outlook is broadly unchanged from the time of the programme approval, with gradually strengthening activity and average inflation expected to decelerate to 11.8 percent in FY2020. However, domestic and international risks remain, and structural economic challenges persist,” the mission further said.

During the discussions at the review, the IMF team focused on policies to support Pakistan in achieving strong and balanced growth.

“Fiscal prudence needs to be maintained to reduce fiscal vulnerabilities, including by carefully executing the FY20 budget, implementing the new Public Finance Management legislation, and continuing to broaden the tax base by removing preferential tax treatments and exemptions, while protecting critical social and development spending.”

The fund also praised the government’s reforms and measures in the energy sector and maintained that advancing the strategy for electricity sector reforms, agreed with international partners, was important to put the sector on a sound footing, and removing recurrent arrears and accumulation of debt.

“The authorities recognise that decisive implementation of these policies is indispensable for entrenching macroeconomic stability and restoring robust and balanced growth.”

Such strong words of support from the IMF should serve as a shot in the arm for the government which has been facing increasing pressure and protests from the political opposition as well as a simmering uneasiness from the people confronted with high inflation.

But said words of praise by the IMF are not new for any government in Islamabad. Whenever Pakistan struck a bailout package agreement with the IMF, it was heaped with praise throughout the programme. However, once that program is completed the country is generally found back at square one.

Some economic analysts even believe that the IMF has turned into a political rather than a financial institution.

Ironically, when Pakistan is winning plaudits from the IMF, a sword of domiciles from the Financial Action Task Force (FATF) is hanging on its head over issues relating to money laundering and terror financing.

The world’s terror financing watchdog has extended Pakistan’s presence in its grey list of countries that need to take measures to curb money laundering and terror financing until February, and the government ministers and officials at a recent meeting of the Standing Committee of the National Assembly expressed the fear against Pakistan’s stay on the notorious list.

The government officials believe that FATF has also become a political tool in the hands of influential countries which they use against those who do not toe their line.

Interestingly, the IMF had also linked its package with the FATF findings and the government reportedly tried to get it delinked with the FATF during the staff level talks, but there was no word on it in the IMF mission statement.

The economic challenges for the government seem to be getting complicated with each passing day, though the prime minister and his cabinet member believe otherwise and say that the worst is over.

However, until Pakistan sees a huge influx of private investment from home and abroad and a phenomenal rise in exports, which would result in creation of huge job opportunities and economic activities, the challenges for the government would remain grave.

A slow-down of economy and paltry growth has stalled the country, and the government needs to do something to address growing concerns of the masses with regard to spiralling inflation.

There are apprehensions that the government may compromise on the commitments it had made with the IMF in the wake of growing opposition pressure, and one sign of that vulnerability became visible when the government relaxed its taxation reforms and other tough measures in talks with the traders shortly after IMF mission landed in Islamabad.

The government needs to develop a political consensus in the country over how it would go about the IMF programme, because as it proceeded it has to take much more difficult decisions.

In such a situation, the government cannot afford confrontation with its opposition which may detract it from implementation of its economic agenda.