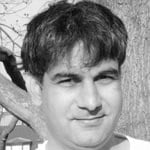 Good looks alone cannot hide the unbearable ugliness of poverty and inequality in Pakistan. Likewise, attempts at introducing popular measures, especially at the cost of taxpayers, cannot conceal class bias. One such effort is to convert the Prime Minister’s Secretariat into a university.

For the first, this decision is undemocratic since it violates Islamabad’s master plan. In fact, the announcement was made in such haste that even the basic rules for setting up a university were not consulted. The charter of a federal university should be approved by parliament – hence, a hasty retreat (or the idiomatic U-turn). Now, the would-be Islamabad National University will now be called the ‘Institute of Advanced Studies’.

In the meantime, according to a concept paper prepared by the Higher Education Commission, a summary for the consideration of the federal cabinet to authorise necessary changes in the Islamabad Master Plan for the establishment of the Islamabad National University will be submitted soon. In other words, rules are after all apocryphal cobwebs.

However, what deserves special attention is the high cost (and consequences) of cheap popularity. First, the present Prime Minister’s Secretariat building is neither suitable nor feasible for a university. Most of the available rooms cannot be converted into lecture theatres or laboratories. Hence, the plan is to raise new buildings over the present lawns of the Prime Minister’s Secretariat. Per some estimates, the infrastructure development cost could be over Rs600 million. In addition, roughly Rs4000 million may be spent on importing laboratory equipment.

In total, this popularity gimmick could – per some estimates – end up costing taxpayers at least Rs10 billion. Theoretically, the billions spent on the present secretariat would be flushed down the drain.

Yet another cost consideration is future need. While we may not expect a working class prime minister on working class wages any time soon, what if a future PM orders a new secretariat as lavish as the present one?

Let me also point out the poverty of imagination and contempt for dependency in conceiving the Islamabad National University. The concept paper prepared by the Higher Education Commission, as mentioned above, suggests that international experts will be employed to replicate the Brookings Institution model while laboratory equipment – which some sources say could be worth $32 million – will be imported from China.

Let us also take into account the political symbolism of projecting the lavishness of the PM House or the Presidency, but ignoring other such fortress-like structures. Likewise, one cannot ignore the marginalisation of the non-Punjabi periphery in the higher education sector. Already, there are 21 universities in Islamabad (14 of them in the public sector). There are another five public-sector universities and two sub-campuses in Rawalpindi. On the contrary, across Balochistan, there are nine universities and 10 sub-campuses. And merely one in Fata. It seems the only students that need to be educated are those that belong in the vicinity of the Margalla Hills.

Their fate should be decided only after a public debate. If PM Khan is indeed serious in ushering a cultural revolution, he could begin in Bani Gala. How about donating a few dozen kanals of land to the Islamabad National University out of a famous mansion on the Margalla foothills?