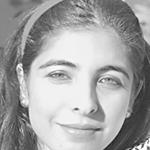 “A mother has the biggest influence on children... I disagree with this Western concept...this feminist movement, it has degraded the role of a mother. My mother had the greatest impact on my life” – Imran Khan.

I have been questioned on social media whether, in the face of lack of education, no power and failing healthcare systems, a “little” misogyny or a lack of understanding of “Western concepts” of feminism should be a pressing concern in Pakistan. My answer to this question is yes for two reasons.

The first is that Imran Khan does not understand a movement that advocates for equal rights for women across the globe (and thus that directly affects 50 percent of Pakistan’s population). The second is that it is imperative to elect a leader who supports such equality in a country where women are sidelined from public affairs, are victims of honour killings and that do not have equal representation in almost any sphere, personal or political.

A leader who does not understand the global struggle for equality that women are engaged in sets the tone of his future tenure. It is thus important for Imran Khan (and others) to be educated about feminism.

The feminist movement is not about undermining men or undermining the choices that women make – such as choosing to be stay-at-home mothers. The movement is about giving women the freedom to make their own choices. It aims to establish global equal rights and legal protection for women. In advocating for equal rights, one of the leading feminist causes has been to ensure that a mother’s rights are safeguarded.

A result of this movement can be seen in Iceland where legislation has been enacted that protects working mothers and grants new parents parental leave for up to 9 months after a baby’s birth. Each parent receives 80 percent of their total salary while on leave. Parents also have the option of splitting parental leave amongst each other.

The burden of caring for a child is thus not solely placed on a mother. Unsurprisingly, Iceland ranks number one on the World Economic Forum’s Global Gender Gap Index. It has the greatest gender parity across 144 indicators – including economic participation and opportunity, educational attainment, health and survival and political empowerment. The correlation is clear: implementing legislation that protects women leads to their greater involvement and representation in society.

The feminist movement, in seeking for both parents to be involved in the upbringing of a child, prevents a mother from being restricted to the ‘role’ that she is expected to fulfill. By limiting a mother to a role at home, men conveniently shirk their own responsibility towards raising children. It is this stereotyping that takes a mother’s liberty away.

While Imran Khan believes that the feminist movement undermines mothers, this movement actually fights for mothers to be able to make their own choices regarding career and family. Feminists strive for equal wages for women, they fight for women to be paid while on maternity leave because they believe that women should be compensated for the efforts they place to balance work with childbirth. This is equality.

Understanding feminism is especially critical for a leader in Pakistan as many women here are not encouraged to make their own choices, pursue careers or take part in public debate or activities in the country. A woman’s identity is tied to her husband or to her father on her identity card. Just by way of one example, a female bus conductor was killed for refusing to marry a man just a few days back. Figures of honour killing surface daily. The inequality is blatant.

A leader that understands and supports feminism can provide women in Pakistan a greater chance for representation and for involvement in economic and political spheres. Why is it important for women to be involved in these spheres?

USAID has found that when 10 percent more girls go to school, a country’s GDP increases by three percent on average. It has further found that when women have the same amount of land as men, there is over a 10 percent increase in crop yields. A 2014 Goldman Sachs report argued that Japan could boost its absolute GDP by 12.5 percent if female workforce participation rose to match that of men. New York Times columnist Nicholas Kristoff says that the most effective way to fight global poverty, reduce civil conflict and reduce long-term carbon emissions is typically to invest in girls’ education and bring women into the formal labour force. The case for improving women participation in the workforce is clear.

Equality and legislation to support such equality can galvanise Pakistan’s female population into the economic and political sphere. Feminist leaders can support the enactment of legislation that promotes female involvement. One of the few benefits of the PPP’s last tenure was the enactment of the Protection of Women Against Harassment in the Workplace Act 2010. This law provides women a safety net against harassment in the workplace. Though, in practice, this act has been feebly implemented, in principle it has provided women with a framework to protect themselves from unwanted advances at work. Empowering legislation like this will, over time, have the effect of encouraging women towards the workplace.

It is equally important to change mindsets along with legislation – to change the attitude that criticises our daughters for speaking out and our sons for shedding a tear. An attitude that lauds men for changing a diaper and that penalises mothers for working.

Today, we need a leader that understands feminism to support and bolster women in a country that has historically sidelined them. A leader that supports women will not confine them to stereotypical gender roles. Such a leader can be expected to enact legislation and policy to support 50 percent of his/her voter base.

That’s what twenty-first-century feminism is about: the idea that when everybody is equal, we are all more free.