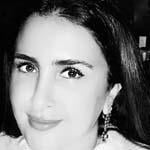 A glimpse of hell

The phrase “hell on earth” was recently used by UN Secretary General Antonio Guterres to describe the situation in Eastern Ghouta, Syria. The previous week was particularly horrific. The airstrikes on the rebel enclave near Damascus were so violent that at least 500 people were killed over the span of a week.

Ghouta is, therefore, being touted as one of the worst humanitarian disasters since the Syrian war began in 2011. But even as footage of the carnage, including stomach-churning images of children wounded or dead, began to emerge, the international community was busy debating in the UN about the advantages and concessions that a ceasefire draft could draw out . But finally when the Security Council’s resolution was adopted, calling for a cessation of further strikes by both Syrian and Russian forces to allow humanitarian access to Ghouta, its efficacy was in doubt from the start.

For one, it ruled out any discontinuation in the fight against the main rebel groups – namely Al-Qaeda and Jabhat al-Nusra that are now operating under the alliance called the Hayat Tahrir al-Sham and Daesh – and any individuals and groups associated with them. This widening of the ambit was done on Russian insistence. This was a clear loophole since airstrikes, albeit with less intensity, and a ground offensive, continue even after the ceasefire came into effect.

The Syrian conflict is now much more than just an uprising to overthrow Bashar al-Assad. By the power of its own divestment, it is now a seething mass of inhumanity. The country has become a stage for global and regional powers to fight their proxy wars whereas non-state actors attach and detach themselves to ‘sponsors’ at the speed of lightning to carve out their own spheres of influence.

But it is not simply a question of might is right. The Middle East is much more complicated than that. Iran and Russia’s support for the Syrian regime is in direct opposition to Saudi efforts to destabilise and overturn the government. Hezbollah fighters along with Iran’s Revolutionary Guard have been a part of the war since 2011. Iranian support in training pro-Syrian government militias and Syrian forces as well as providing technical support and new war technologies, including drones, that are being used to gather intelligence on rebels and allegedly Israel, has helped overturn Assad’s fortunes. Eastern Ghouta is now believed to be the only rebel stronghold standing.

So, what would the fall of Ghouta mean for the Syrian war? If this last rebel stronghold is to fall, would it put an end to the indiscriminate bombing of the government forces? But until that happens, thousands more civilians face a dire threat from the airstrikes. Over 300,000 people live in the area and the way the rebels have assimilated themselves in them could only mean one thing: many more civilian deaths. A ceasefire was being pushed for to allow access to medical aid and food.

However futile UN’s efforts might seem at this point, especially given its past treatment of these measures, the direct involvement of a Security Council member, Russia, in the bombings would put some strictures on the otherwise unchecked use of force. Even as we disdain the UN for its ineffectiveness, it is the only world body with some accountability checks in place. And its work in humanitarian and development aid must be lauded.

The faults within the UN lie in its structuring and decision-making bodies that render any international peace effort null and void, thanks to the power of veto enshrined with the Security Council members. Every member country of the council has used this power with impunity, safeguarding its own and its allies’ interests over human rights and world peace. Whether it is the Palestine issue and holding Israel accountable or the wars in Iraq or Syria, the UN has failed miserably as an institution. But it has also achieved many successes and that is something we must be grateful for. So, when it does cobble together a ceasefire, there is hope that civilians in Syria would get some respite from the relentless violence.

Syria’s crisis is a disgrace on humanity, a failure on part of the entire international community. What is worse is how all regional opportunists have come together to destroy the lives of millions who have already suffered enough tyranny under Assad.

There is no solution to the Syrian impasse except the ouster of the regime and a political solution. But achieving that would be a herculean task. As noted above, there are too many stakeholders for whom Syria represents the ultimate prize owing to its geostrategic significance and proximity to the Mediterranean, Lebanon and Israel. The war in Syria has allowed both Saudi Arabia and Iran the opportunity to break ground and establish their presence and it is not something they will relinquish easily. Ultimately, it is innocent people who will pay the price.

The writer is a former deputy opinion editor at Gulf News, Dubai.