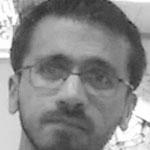 On the morning of May 31, 1992, as the Queen Mother unveiled the controversial memorial for Arthur ‘Bomber’ Harris outside the RAF Church in London, she was taken aback by a section of those in attendance jeering her. “He was a war criminal!” shouted one of the protesters, whose exclamation was met with a murmur of assent and derision in equal quarters.

Air Chief Marshal Sir Arthur Harris is one of the most polarising figures from the Second World War. He was tasked to carry out Britain’s ‘area’ or ‘strategic’, or what is known in Germany ‘terror’, bombing campaign of German cities during World War II; the bombing destroyed most German cities and killed almost 600,000 people. The incendiary bombs dropped ignited massive firestorms which burned for several hours at a temperature of almost 1,000 degrees Celsius and spread over several square miles and incinerated hundreds of thousands of Germans.

Harris was merely entrusted with implementing what the War Cabinet, and the then British PM, Winston Churchill, had decided upon in October 1940: ‘the civilian population around the target areas must be made to feel the weight of the war’. This Harris did with relish.

And he wasn’t exactly un-initiated in the practice. In the years preceding the war, a tribal uprising in Iraq was bombed into submission and the Arab revolt in Palestine in 1936 was also quelled by aerial bombing. In both instances, the officer in command was Arthur Harris. He once quipped, in typical imperialist pomp: ‘The only thing the Arab understands is the heavy hand’. Harris was in fact the perfect man for the job.

Harris was convinced, even in the twilight of his life, of the success of his bombing runs on German territory even declaring that he would bomb Dresden again, if ever it came down to it. He claimed that ‘bombing proved a comparatively humane method’ because ‘it saved the flower of this country from being mowed down in the military field’.

Yet even these ‘heroic’ bombing runs did not save at least 55,000 of RAF personnel being lost by the end of the war, leading to his own RAF airmen christening him Arthur ‘the Butcher’ Harris for his apparent indifference to the number of his own men lost. A crew member on a British bomber had a shorter life expectancy than an infantryman in the trenches in the First World War.

The conscientious ones among RAF airmen looked for a reason that could justify what they were doing. The awareness of Nazi atrocities over occupied territories led to many rationalising the bombing of civilians by saying ‘the buggers got what they deserved’. This must have been common at the time, and the absurdity of such a claim was summed up by a Tory statesman, Lord Salisbury: “We do not take the devil as our example’’.

Yet that is what the victors of the war did, and have done since. The Nuremberg and associated trials that followed the war consisted of judges from Allied countries, enacted and applied laws and treaties to the Axis powers that did not exist (or were created ex post facto), or of which the Axis powers were not signatories, unlike Britain, which, for example, was itself a signatory to the Washington Treaty of 1922, which outlawed the bombing of civilians during war. More than anything else, they prosecuted Axis war criminals for their crimes, and ignored completely actions of the Allies.

Chief Justice of the US Supreme Court Harlan Fiske Stone called the trial a ‘sanctimonious fraud’. The chief US prosecutor told the then US president Harry Truman in 1945 that the Allies themselves ‘have done or are doing some of the very things we are prosecuting the Germans for…..We are prosecuting plunder and our Allies are practicing it”. It was thus a classic case of victor’s justice.

It was, more than that, another opportunity wasted to set the world right. Just like in Versailles in 1919, the sanctimony of the victors prevailed over righteousness and an honest desire to uphold righteousness and all virtues that these powers so visibly extolled to the rest of the world.

There was no honest intention on the victors’ part to learn from their mistakes so that they may not be repeated in the future. Instead they set about revising history, celebrating, instead of at least expressing remorse over the millions of lives lost due to their actions. In typical victor fashion, they obfuscated their complicity in the causes of the war and some of its worst atrocities.

No Allied soldier or commander has ever been tried for the deaths of civilians perpetrated anywhere during World War II, let alone the hundreds of thousands killed in Germany by Harris. Harris lived and died a free man, and is still seen as a war hero by many in that part of the world.

Moreover, there was also a concerted effort by senior Allied officials to protect some of the most heinous Nazi war criminals from going on trial because this could potentially expose their secret collusion, yes, collusion, with them during and before the war or they saw these Nazis as potential assets in the oncoming conflict with the Soviet Union. Many were allowed to flee prosecution via ‘ratlines’ from Europe into Africa and South America. Others were recruited on a handsome payroll for espionage purposes.

The only good that came out of the proceedings was that the Geneva Conventions were binding on all the participants in an armed conflict and laid out a code that we could judge our leaders’ actions in desperate times of war by.

And yet, modern-day superpowers continue to flout all international laws when it suits them, without any fear of reprisals; these are laws that ironically, they created or helped create. They shamelessly bend and twist the arm of the law until it fits their narrative. They have even gone, as in the case of the US post 9/11, so far as to create a parallel legal system that they can justify their actions with. No wonder, then, that the entire world, especially post-WWII, has slowly slipped into anarchy.

The devastation of Vietnam, Afghanistan and Iraq, serve as but three examples, and the brazen disregard for international laws binding on the Western powers by themselves, is a sad indictment of how those with power continue to wield it discriminatorily. It seems those who wield power makes the rules, and can pick and choose which ones apply to whom and when.

So finally back again to ’92: before the Harris Memorial was to be unveiled, the mayors of those German cities affected by the Allied bombing campaign put up a concerted effort to make the British authorities reconsider their decision, saying that Harris being lionised in such a way: ‘would open old wounds’. But some among them already knew resistance was futile. ‘’We aren’t going to be able to stop it,’’ Dresden’s then mayor, Herbert Wagner, predicted some months before the unveiling. “Let’s face it, they won the war.”