You
By Wisal Yousafzai

This week You! highlights the taboos attached to local artistes, especially women, in KP province and how they pay the price with their lives...

This week You! highlights the taboos attached to local artistes, especially women, in KP province and how they pay the price with their lives...

Art reflects cultural values, beliefs and identity and helps to preserve the many different communities that make up our world. Carving out a career in a creative industry requires artistic perspective, technical skill and an entrepreneurial spirit. And while artists should focus on that in this cut-throat world of performing arts, they sometimes find themselves running for their lives because their art is not ‘agreeable’ with most. Unfortunately, this has been the case in the province of Khyber Pakhtunkhwa, where female singers have been targeted fatally for their profession.

In August this year, a video of a bruised Neelam Gul, dancer and singer from Mardan district, emerged on social media where she cried out for help from the police against her abusive husband. Between sobs she mentioned that her husband had been torturing her for the past seven years; and now after divorcing her, he has taken over the house she bought herself. “I am leaving singing and dancing because while the people want to see it, they never give respect to the people in the profession,” lamented Neelam Gul. She also added that in the past, several singers in KP had been killed and she feared a similar fate. However, the response to her request for protection was quick and some even helped her move to a women’s shelter in Peshawar. She is now recovering and trying to get her property back. But sadly, she is only one of the few artistes who survived to tell the tale.

A day before this video emerged, news broke of a local folk singer in Nowshera district, Resham Khan, who was allegedly shot dead by her husband over a family dispute. In recent years, there have been many such cases reported from the province like Ghazala Javed, Pashto singer hailing from Swat, was killed by her husband, who walks free. In February this year, a stage performer and Pashto singer, Sumbul, was killed in Mardan when she refused to attend a private function. Another case happened in 2009 where Shabana, who refused to leave the profession on orders of Taliban militants, was raped and murdered by them in Mingora Swat.

The Banr area of Swat district was once a famous part for musicians, singers and dancers, but Taliban stripped music from the valley as the performers were considered sinners and music was considered ‘un-Islamic’. Musical activities have commenced in the area, but most of the artistes hailing from Swat have moved to other cities or abroad.

Local musicians have expressed their concern and dismay over the lack of security for them. “The fact that every consecutive government in KP has failed to provide security to the artists, not only the female singers in KP, but male artists have migrated abroad as well,” says Hamayoon Khan, a well-known Pashto singer. Another musician Nazeer Gul Ustaz mirrors the same sentiment. “Because of militancy, artists are the worst affected in the society. It’s not only the militants but locals who target singers too. If the government fails to provide security to them, then they will obviously resort to migration.”

Qamar Naseem is a Coordinator at Blue Veins, an organisation that works towards empowerment of women and other socially isolated groups. According to him, the sexual violence and violence against artistes in KP has taken a very ugly turn. The space for people associated with performing arts, musicians, singers and dancers has rapidly been shrinking and one is taking a serious note of it. “Many female singers along with Trans people associated with music have been killed in KP, but none of the culprits have been given a sentence. Women performers in KP face discrimination, violence and other atrocities including rape, abductions, extortions and murders. Violence against women on the stage is a reality, and realities should not be ignored. In our conservative society, dance is criminalised. The performers are denied the ability to control their work environment to ensure their safety; therefore women performers are vulnerable to violence due to their working conditions and the lack of access to justice,” he highlights.

In light of the on-going cases in KP, Chairperson of Khyber Pakhtunkhwa Commission on the status of Women (KPCSW), Neelam Toru, informs, “We are working towards collecting data of honour killings in KP including the cases of singers who have been subjected to crimes such as violence, abduction and murders. We are in contact with Department for International Development (DFID) and other donor organisations to established MIS system to collect this data.

Hopefully work will start this year. We are struggling to deal with such cases of abuse due to the lack of a Domestic Violence Bill which hasn’t been passed in KP. But, with the new government, we are hoping that happens in the coming first or second assembly session.”

Laiq Zada Laiq, Pashto poet and Station Manager Radio Pakistan in Peshawar expressed his views regarding this prejudice. “The history of the Pashto music and singers is as old as the ethnic group itself. It is unfortunate that for the past years, female artistes are either killed by militants or forced to migrate. When there are artists being targeted, it means that the entire society is targeted. It’s not only the responsibility of the government, but also individuals who should work for the art and artists of the society,” he concludes. 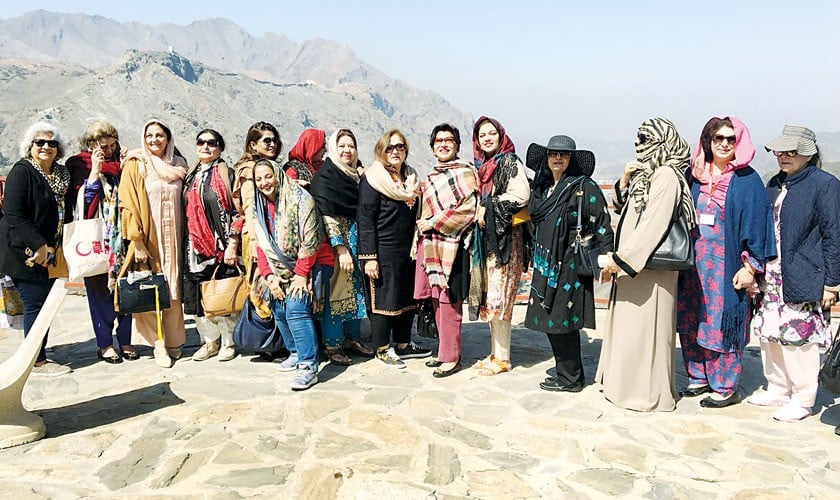