You
By Madiha Waris Qureshi

We all have dreams that we wish would come true. However, there are only a few of us who actually work towards achieving those dreams. They say, ‘Believe in yourself and you’re halfway there’. The truth is that it’s the belief in yourself that will keep you working towards your dreams.

We all have dreams that we wish would come true. However, there are only a few of us who actually work towards achieving those dreams. They say, ‘Believe in yourself and you’re halfway there’. The truth is that it’s the belief in yourself that will keep you working towards your dreams.

One such story is of Aiman Fatima. The 16-year-old started to dream big at a very young age and is now on her way to make all her wishes come true. Read on to find out her story and how The Citizens Foundation (TCF) helped her in achieving her goals. 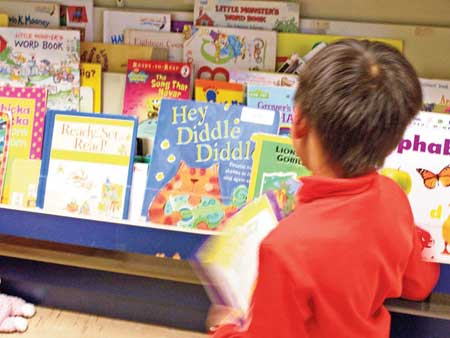 Hailing from Malir district, Karachi, Aiman’s motivation came naturally at a young age. Once at the age of 11, she came fifth in her final exams at school in Saudabad. Even though the result was average, Aiman felt disappointed and vowed to top her class the following year. Fast forward a few years Aiman became one of the highest achieving students at her school.

Aiman has been securing first position every year for the last three years, and scored an A+ grade in her ninth class board exams. More recently, she has won a coveted scholarship to study for an International Baccalaureate (IB) diploma in Norway, at the United World College - a prestigious global network of 15 schools and colleges across the world. Aiman’s dream is to specialize in physics and eventually become an astronaut.

But life wasn’t always a smooth sailing for Aiman. When she was just six months old, her biological father walked out on her mother to remarry, leaving her alone to care for her and an older sister. Aiman’s mother struggled for several years before marrying her stepfather, who gave Aiman and her sister the love they never had from their own father. Unfortunately, he had a small income as a salesman and all they could afford was a house in Moeenabad, Malir. Things changed more when Aiman’s younger sister was born and her parents could no longer afford the fees for Aiman’s private school.

However, luck was with her as during that time, a The Citizens Foundation (TCF) school opened in Saudabad, Malir, offering a pay-as-you-can-afford option to students from low income families. The nonprofit organisation runs 1,202 such school units across Pakistan, serving neglected communities where public schools are either failing or inaccessible. Aiman’s parents heard about the school, and applied for admission. With her hard work, soon Aiman was able to get a scholarship.

With most of her school expenses covered by the scholarship, Aiman’s parents started out paying Rs. 100 per month as her school fees. By the time she was in eighth grade, Aiman, as well as her younger sister, were going to school for free. Things only got better from there as Aiman developed a keen interest in studying and learning.

How the dream started...

When she was in seventh grade, Aiman’s science teacher inspired her to take greater interest in physics. She fell in love with her science text book, and was particularly fascinated by its description of the galaxy. That is when she formed her dream of becoming an astronaut.

“I want to travel to the moon. I want to see what the earth looks like from the space,” shares Aiman. Judging from the sheer dedication this young girl has shown toward her studies, the day she boards a rocket as an astronaut isn’t far.

After her board exams, TCF’s head office invited the top-scoring students from its school network and held a session informing them about the United World College scholarships. With her family’s encouragement, Aiman decided to apply. Following the application process and interviews that lasted a few months, she got a phone call one day telling her that she had been accepted.

“My mother and father were very happy for me, but then my mother began to cry because I had never travelled abroad before,” she recalls with a smile.

It is understood why going abroad was a big news for the family because Aiman will be the first young woman in her family to go to college, as neither her mother nor older sister got a chance to study past 10th grade.

After completing her IB diploma, which lasts two years, Aiman wants to continue her education in Norway, but then wants to return home. “I will come back and do something for my country,” she vows.

This ambitious girl also plans to become an advocate for education as there is lack of sufficient educational facilities in Pakistan. The only remedy according to her is to make education available to every child. “Just the way my family was unable to afford my educational expenses, there are many other families here who want to but can’t afford to send their children to school. When I reach a position where I can help people like us, I will try my best to support them,” she says.

These are the dreams of a 16-year old girl, whose education has empowered her to believe that the world is at her feet. Now imagine how many girls like her would come up when provided with the required education. All one needs is an opportunity and resources and surely they can fulfill their dreams.

Aiman with her parents...

A league of his own - Nauman Ijaz

For the love of honey

The critical role of arts