A drama serial is primarily meant to entertain so it is both surprising and refreshing when, every now and then, we’ll run into one that not only engages the viewer but simultaneously manages to drive a very significant message home.

The first (and perhaps the most important) message that Udaari drives home is the fact that a woman subjected to physical  abuse need not spend her life as a victim; she should fight for her rights and be a survivor.

Udaari picks up on several taboo subjects and imparts important messages without making the narrative too dark.

A drama serial is primarily meant to entertain so it is both surprising and refreshing when, every now and then, we’ll run into one that not only engages the viewer but simultaneously manages to drive a very significant message home. Pedophilia and rape are not subjects that can easily or freely be spoken about on television in Pakistan; there are far too many social taboos that would prohibit the subject or a drama serial broaching the sensitive subject, to be discussed at the dinner table, for example. But when a play has the power to begin a conversation and challenge preconceived mindsets on dealing with the subject then you have something bigger than an entertaining drama on your hands. Case in point: Udaari. Roshaneh Zafar, Founder and Managing Director of Kashf Foundation, who collaborated with Hum TV to produce Udaari, calls it “Edu-tainment.”

22 episodes into the Udaari, we are neck deep in Sajida and Zaibo’s story. As the legal drama unravels, we are curious to know how Sajida’s case is going to pan out and whether Zaibo, who was raped at the age of 10 by her step-father, will be served justice or not. Since Udaari is the story of extraordinarily strong women – Sajida (Samiya Mumtaz), Sheedan (Bushra Ansari), Meera (Urwa Hocane) and most significantly Zaibo (Hina Altaf), we are fairly certain that the conclusion will be just. But there’s more to it. 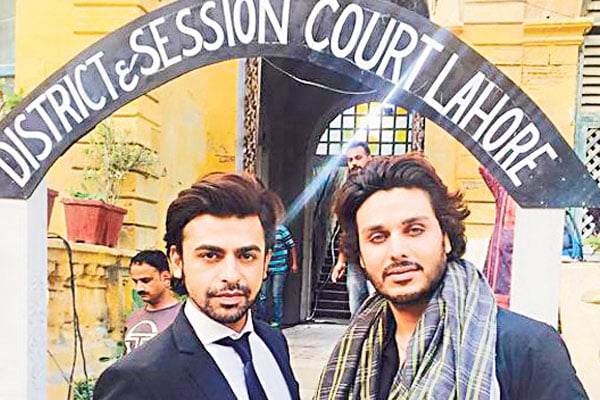 The first message that Udaari drives home is the fact that a woman subjected to physical abuse need not spend her life as a victim; she should fight for her rights and be a survivor. She must speak out and reveal the truth instead of being silent in order to protect a misplaced ideal of honour. There is no honour in silently suffering and allowing your rapist to roam free, possibly to exploit other young girls. Zaibo is convinced into speaking up and coming out with the truth about Imtiaz (also portrayed brilliantly by Ahsan Khan).

Since Udaari is based on true stories, triggered by the horrific Kasur incident, we were curious to know if the actual case has been mirrored in the play. Was the perpetrator taken to task?

“Unfortunately not,” Roshaneh Zafar spoke to Instep, sensitively protecting the identities of the women involved. “The child who we’ve built Zaibo’s character around was actually raped by her biological father; that would have been too much for our audience to palate. And the mother and child actually did not take their perpetrator to task; it was too traumatic and daunting for them. We changed the narrative because it’s important to show hope. But now that the woman has been watching the play she wishes she had the strength to tackle her situation differently.”

Udaari has actually inspired many women to speak up and out against sexual abuse they have suffered in their lives. The play broaches other sensitive and often taboo topics as well.

“I come from a family of musicians, where women take pride in their art and I’ve seen the kind of discrimination society metes out to them,” she shared. It was important, on a personal level, to tell Sheedan and Meera’s story and relay the fact that it’s all about talent and women should not be prevented from pursuing a profession that builds on their self esteem while economically empowering them.

The inclusion of a transgender character and portraying him as a respectable part of society is not a prominent but a silent message in the play as well. Iqbal, better known as ‘Baala’ is not a caricature of a transgender person (as most dramas have historically portrayed them) but he is mature, responsible and sensitive. He is shown as a partner in Sajida’s business.

There is dignity in Iqbal’s portrayal. There is hope in Sajida and Zaibo’s story. There is encouragement for women to pursue a profession of their choice as long as it builds their self esteem and most significantly, there is motivation. Women can stand on their own two feet and sustain their own livelihood (this is where the role of Kashf Foundation factors in), even in a patriarchal society such as ours.

“The audience is ready for this,” Roshaneh concludes, deriving from feedback and ratings. “ We needn’t assume that the audience wants to see saas-bahu and regressive stories anymore.”