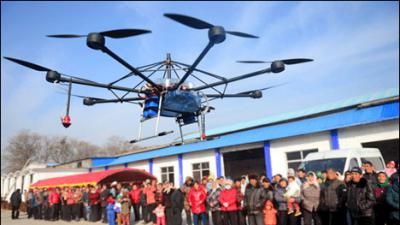 BEIJING: Drones might have gained notoriety because of their role in warfare, but they are fast gaining ground in more peaceful roles as well.

Drones have been used to deliver packages, but their most common civilian use in Pakistan is by news organizations deploying drones to enhance their coverage of news and events.

However in China, the environmental watchdog in the city of Foshan has started using a drone camera to inspect a plant – suspected of polluting the environment – that was unwilling to cooperate.

When the inspection team was refused entry to the plant, inspectors deployed a drone camera to have a look inside the plant. Information captured by the drone camera was then used by authorities to gain access first to the owner of the plant and finally to the plant as well.

Environmental Inspectors feel the use of drones will make it easier to inspect and catch illegal activities at plants.