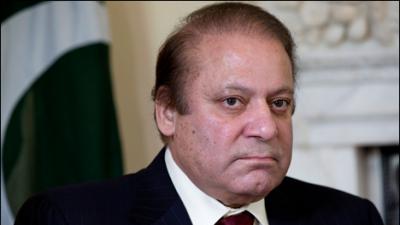 NEW YORK: Prime Minister Nawaz Sharif has said that the dossier pertaining to Indian interference in Pakistan's affairs and fomenting terrorism on Pakistan's soil by India was ready, and that he would soon send it to the Secretary General of the United Nations.

Sharif said that if he had a meeting with Indian Prime Minister Narendra Modi at the UN Headquarters, he would have handed the dossier over to him.

Addressing a news conference immediately after his address to the United Nations here at the Waldorf Astoria Hotel, where he is staying, he said that Pakistan is keen to have peaceful neighbourly relations with India but New Delhi has not responded with the same sentiments.

“It is the time that India should act by coming forward and desist from violating the ceasefire on LoC/ Working Boundary,” he said.

The prime minister expressed satisfaction about his meetings here at the UN headquarters and said that these would help in improving the image of the country.

Prime Minister Sharif has left for London on his way to Pakistan after five days in New York.

Earlier, a meeting was held in the camp office of Prime Minister Nawaz Sharif in which it was decided that Pakistan will hand over dossiers pertaining to Indian involvement in terrorist activities on Pakistan's soil to the United Nations early next week.

Various aspects of the matter were discussed and it was decided that the dossiers would be handed over to the UN Secretary General by Adviser to the Prime Minister on National Security and Foreign Affairs Sartaj Aziz.