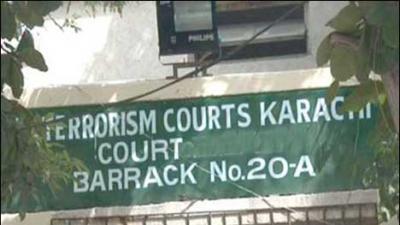 The Rangers presented Deputy Managing Director Shoaib Warsi, Senior General Manager Kamran Nagi, and former Managing Director Zaheer Siddiqui before the ATC in Karachi. The three SSGC officials have been accused of corruption running into millions of rupees as well as their involvement in scams while issuing CNG licenses.

According to sources, Warsi was arrested from outside his Civic Centre office and on Wednesday and was shifted to an undisclosed location for interrogation.

Dr Asim is a close friend of former president Asif Ali Zardari and, though his arrest was more high-profile of the two, there were reports that both detentions were linked.

However, an SSGC official came out with a statement soon after Warsi’s arrest which rejected any possibility of the deputy MD’s involvement in Dr Asim’s affairs. The statement reiterated the SSGC’s desire to extend complete cooperation to law enforcers and relayed the management’s surprise over the manner of Warsi’s arrest.

PML-N lashes out at FM Qureshi over Article 370 statement