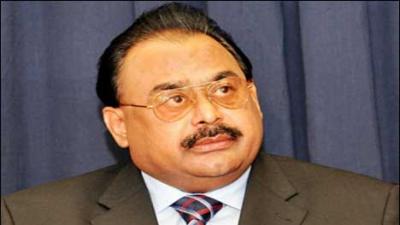 The investigation officer from Civil Lines PS submitted a report before the ATC stating that the nominated Altaf Hussain is not in the country and therefore cannot be arrested. The police requested the court that Hussain be declared an absconder, which the court approved.

The case in question against Altaf Hussain was registered at the Civil Lines police station by the Rangers Colonel Tahir.

'No policy determined yet': HEC in advisory for Pakistanis enrolled in Chinese universities