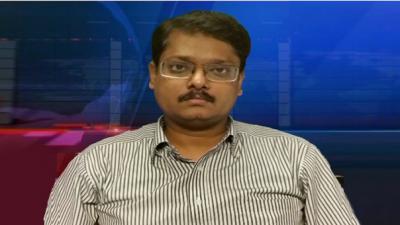 KARACHI: GeoNews Karachi Bureau Chief Faheem Ahmed Siddiqui was kidnapped on his way to work on Saturday by men in plain clothes and police uniforms. He was bound and gagged, assaulted, his property taken away and was left tied up in Manghopir.

According to Faheem Siddiqui, he was hailed by a police mobile near the Sakhi Hassan Chowrangi as he was driving to work. Expecting a normal security check, Siddiqui complied and stopped his SUV. Armed men in plain clothes then pulled him out of his car and began to beat him.

The men covered Siddiqui’s face with a cloth, bound his hands and took him away towards an undisclosed location in his own car. Faheem told GeoNews that besides the two men (who were in plain clothes) the rest of them were in uniform and seemed to be fresh recruits.

The men flanking him on either side in the back of his SUV armed with Kalashnikov rifles continued to beat him and abuse him as well as GeoNews. Siddiqui said, he was driven around blindfolded.

His abductors demanded he reveal his mobile phone password and after he complied they made several phone calls providing updates.

Faheem Siddiqui said he was finally left with his hands tied in Manghopir near the Hub Dam. His abductors left him in the deserted area and took away Siddiqui’s licensed weapon, three mobile phones and all the documents and electronics that were present in his.

IG Sindh told GeoNews that an investigation is being conducted into the incident. He added that they are trying to ascertain which policemen are involved in this incident.

Federal Interior Minister Chaudhry Nisar Ali Khan has taken notice of the issue and has assured an inquiry will be conducted by the Rangers and the Police. He stressed that the facts will be brought to light.

Nisar made it clear, that it is against the law for policemen in plain clothes to detain someone. He has assured that serious action will be taken in light of Faheem Siddiqui’s abduction.

President PUFJ Afzal Butt has given the Sindh government a 12-hour deadline to ascertain who is behind this incident and to bring the perpetrators to justice.

Secretary Karachi Press Club, A H Khanzada said the whole journalist fraternity was deeply concerned over the incident. He demanded of the government to immediately ascertain those responsible for the assault on senior journalist and bring them to book.

The CM has demanded to know who is behind Siddiqui’s abduction and assault.

An investigative committee has been formed to look into the abduction and assault on Geo News Karachi bureau chief Faheem Sidiqui, said DIG West Feroz Shah.

The committee will be headed by SSP Central Muqaddas Haider and will be comprised of SP Gulberg and DSP and SHO Shahrah-e-Noor Jahan.