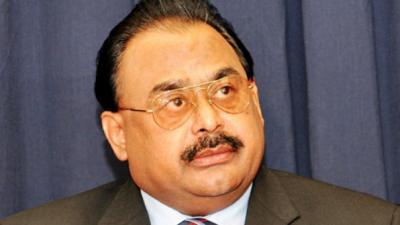 Speaking at a meeting of Rabita Committee Pakistan and London over telephone, he directed all officials and leaders to pay no heed to the Iftar dinner of Chief Minister Syed Qaim Ali Shah, announced for Tuesday, and extend help and assistance to the affectees of heatwave in the city.

The three-day death toll from current intense heatwave in the port city has crossed 400.

The MQM chief also directed to establish “heat strokes centres” in the city and provision of Oral Rehydration Solution (ORS) to the affected.

Ambulances of Khidmat-e-Khalq Foundation – the party’s charity wing – besides doctors of the medical aid committee and paramedic staff must be present at all centres, he added.

Meanwhile, sources told Geo News that today’s Iftar dinner at the CM House has been called off following snubs from the MQM, PML-Functional and PML-N.

In protest against #cannoliowners, Urdu poetry recital to be held in Islamabad