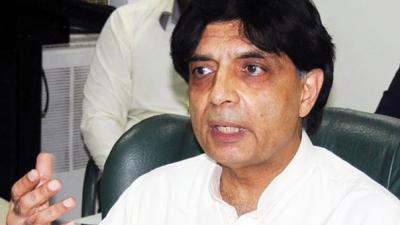 "It is not only the responsibility of security forces but also people to ensure that these plans fail."

Speaking to reporters after the FC passing out parade here, Nisar said the government tried to resolve the issue of terrorism via dialogue but terrorists did not stop their attacks. He added that after repeated attempts for dialogue the government made a decision to tackle terrorism with force.

He vowed the fight would continue till the elimination of the last terrorist. The interior minister urged everyone to remain alert in the fight against terrorism.