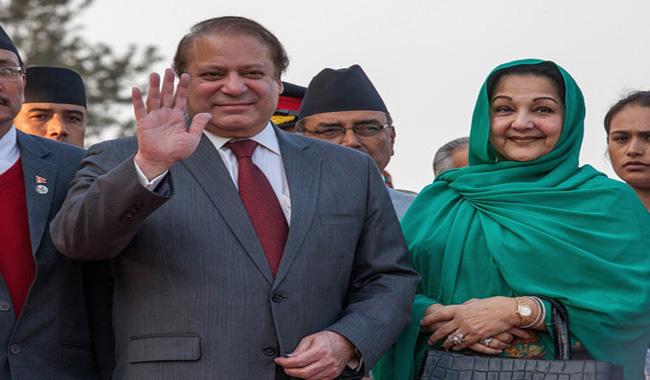 According to the unofficial results announced by Returning officer (RO) during the press conference in wee hours of Monday, Begum Kulsoom Nawaz clinched victory with a clear margin of 14,646 votes as she secured 61,745 votes and Dr Yasmeen Rashid bagged 47,099 votes. While A candidate from the Milli Muslim League, a new political party backed by Jamaat-ut-Dawa (JuD), Yaqoob Sheikh bagged 5822 votes.

While, Pakistan Peoples Party's (PPP) Faisal Mir could not perform as per expectation as he bagged only 1414 votes in the constituency which remained a strong hold of the party till 1985.

Begum Kulsoom won the seat, which fell vacant due to the disqualification of her husband former prime minister Muhammad Nawaz Sharif.

The voting process, which began at 08:00 am continued till 05:00 pm without any break and extension in voting time.

A total of 43 candidates including 31 independent and 12 from different political parties contested the bye-election.

For the first time in the country, some 100 biometric voting machines were used on trial basis at 39 polling stations.

Strict security measures were taken during the polling in the constituency as at least 8,000 policemen including six SPs, 18 DSPs, 46SHOs, remained on-guard to ensure peaceful voting process.

It is worth mentioning here that Sharif´s daughter Maryam led the campaign on behalf of her mother Kalsum, the candidate, who is being treated in London.

"Today people have given their verdict over the (court) verdict," Maryam told a jubilant crowd gathered at the party´s office.

"First of all thank Allah millions times because he has blessed your mother and leader with the success," she asked the crowed gathered to mark PML-N victory.

The unofficial results were compiled by officers at polling stations and handed to officials from contesting parties. Election Commission of Pakistan (ECP) will announce the final and official results on September 19, said Returning Officer (RO) Mian Shahid during the press conference.

PML-N´s supporters celebrated in the streets Sunday night, dancing to drums and songs blaring from loudspeakers and shouting slogans while the Lahore sky was lit by fireworks. Traditional sweets were distributed by the workers and supporters to celebrate the expected victory.

The PTI party, on course to finish second, is led by former cricketer Imran Khan, who played a key role campaigning for Sharif´s dismissal.