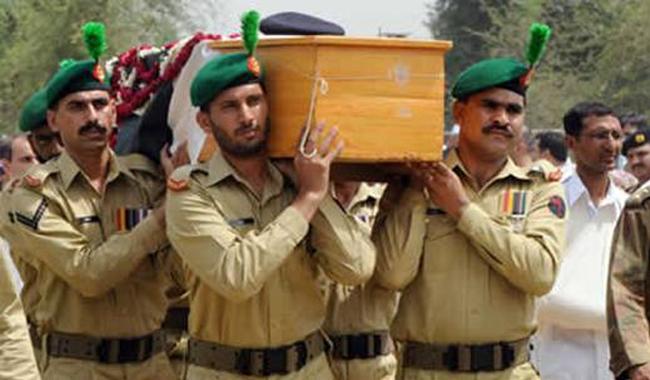 LAHORE: Funeral prayers for Lieutenant Colonel Amir Waheed, who embraced martyrdom in yesterday's attack, has been offered here at the Ayub Stadium Lahore on Tuesday.

On Monday, three FC personnel, including Lt Col. Amir Waheed were martyred and as many injured in an attack on the paramilitary force’s convoy in Murgab area of Panjgur.