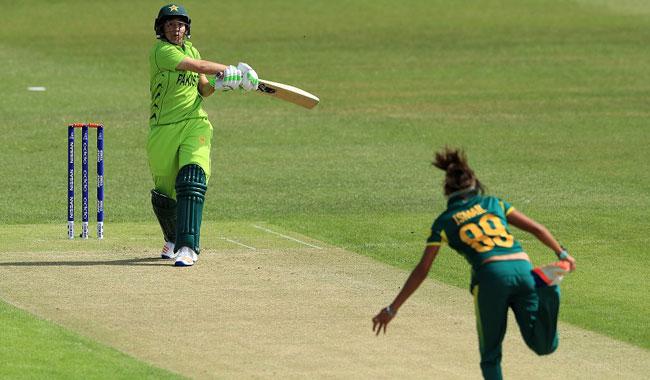 LEICESTER: Opener Nahida Khan batted brilliantly to steer Pakistan to a respectable total of 206 runs for eight wickets against South Africa in their first match in the ICC Women’s World Cup 2017 here at the Grace Road ground on Sunday.

However, Nahida completed her third ODI fifty but later she was run out on 79. Her innings was laced with nine fours and a six.

Asmavia Iqbal also made a significant contribution of 27 runs to see her team cross the 200-run mark.

Sarfaraz 'wants to have a body like Faf du Plessis', Shadab says ahead of Pak vs SA Test

'Bad conditions' to be blamed for my declining graph, says Yasir Shah