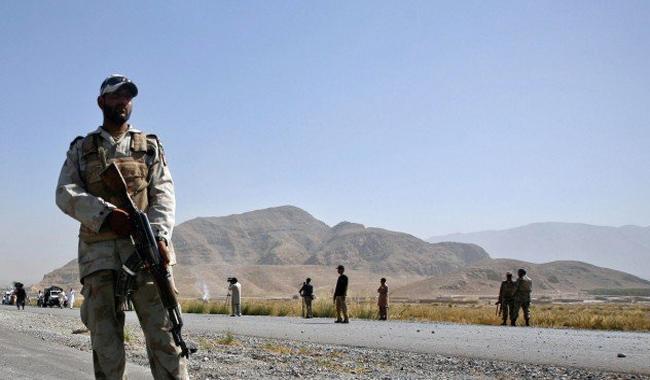 GWADAR: At least 10  people were  killed and another was injured in two separate attacks in Balochistan near Gwadar , official sources said on Saturday.

"All the labourers were shot at close range," said senior levies official Muhammad Zareef, adding that the shooters were travelling on a motorcycle.

Rescuers, police, and paramilitary troops were dispatched to Pishgan and Gant Road where gunmen targeted Labourers who had been  working for the provincial government at two separate construction sites on three kilometres apart along the same road.

Two labourers wounded in the shootings were taken to hospital where one of them died from his injuries, Zareef said.

The roads the labourers were working on are not specific CPEC-funded projects, but they are part of a network of connecting roads that are part of the corridor.

Geo News correspondent said the deceased belong to Naushahro Feroz area of Sindh whose bodies have been shifted to a hospital for medico-legal formalities. No one has claimed responsibility for the attack.

Haideri was wounded in the attack that occurred as his convoy left a girls' only seminary, where he had attended a graduation ceremony.

Pakistan has been battling a low level insurgency in mineral-rich Balochistan since 2004.

A greater push towards peace and development by authorities has reduced the violence considerably in recent years.

The push includes starting work on a massive Chinese infrastructure project -- the China-Pakistan Economic Corridor -- which gives Beijing a route to the Arabian Sea through Balochistan´s deep sea port of Gwadar.