LAHORE: After a long wait of eight years since the attack on Sri Lankan team in 2009, Pakistan is now all set to revive the international cricket as many foreign players are playing in the final of Pakistan Super League (PSL) between Peshawar Zalmi and Quetta Gladiators.

It was evident from the enthusiasm cricket lovers have shown in the game being played at Lahore’s Gaddafi Cricket Stadium today that this match is not an ordinary game of cricket. Lahore was just like the centre of the universe for the enthusiasts on Saturday as the PSL fever generated festivity across the country.

Match started at 08:00 pm after a glittering closing ceremony. The government has made unprecedented security arrangement for today’s match due to security environment after last month’s tragic incidents.

A full house of nearly thirty thousands spectators is present to witness the historic game for which the Pakistan Cricket Board (PCB) has invited cricket legends and top civil and military leadership.

Brilliant brilliant over by @rayad51 2 wickets from it. Zalmi 112/6 after 17 overs. #KaiKaiQuetta #QGvPZ

Shehzad Roy: This match is not between Peshawar Zalmi and Quetta Gladiators but between Pakistan and terrorism and we have won against this menace completely today.

Prime Minister Nawaz Sharif has stated that PSL final in Lahore is a positive step for better future of Pakistan. In his message on the PSL final, being played at Gaddafi Stadium, the Prime Minister said, “I am very glad to provide joyous atmosphere to the people for their favourite game.”  “Cricket is very close to the hearts of all of us”, he said and added that his government emerged successful in providing the atmosphere as per the wishes of the nation.

Pakistani activist for female education and the youngest-ever nobel prize laureate, Malala Yousufzai, has said that she was supporting Peshawar Zalmi in the PSL final. Speaking to Geo News, Malala said, “I pray for Peshawar Zalmi. I support Peshawar Zalmi.” 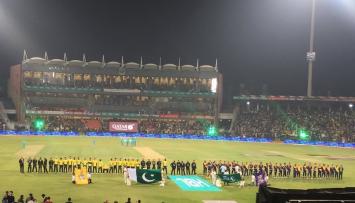 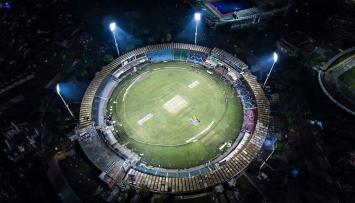 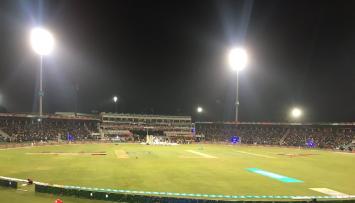 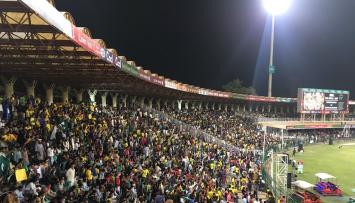 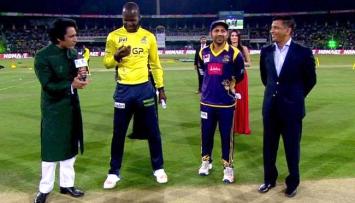 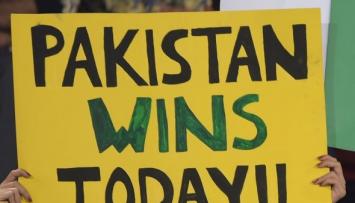 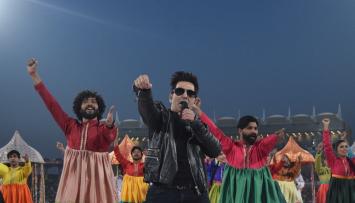 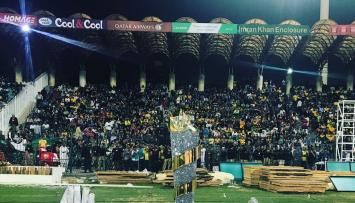 And, our very own Ramiz Raja in the traditional attire for PSL final. pic.twitter.com/ajsONpaaLt

Quetta Gladiators have won the toss and put Peshawar Zalmi into bat first on a wicket which is called a paradise for batsmen. Gladiators skipper Sarfraz Ahmed said there is some pressure obviously but hopefully we play some good cricket and lift the title. Zalmi captain Darren Sammy says it looks like a good wicket. Last game we lost the toss and scored 180. The atmosphere is great and hopefully Peshawar comes out victorious. My good friend Lala said: 'If we get to the final you should come to Lahore for the final'. Hopefully we can entertain and cricket will be the winner.

Speaking at the end of closing ceremony, Najam Sethi stated that the final of the event was only possible at Gaddafi Stadium Lahore with the support of people of entire Pakistan. 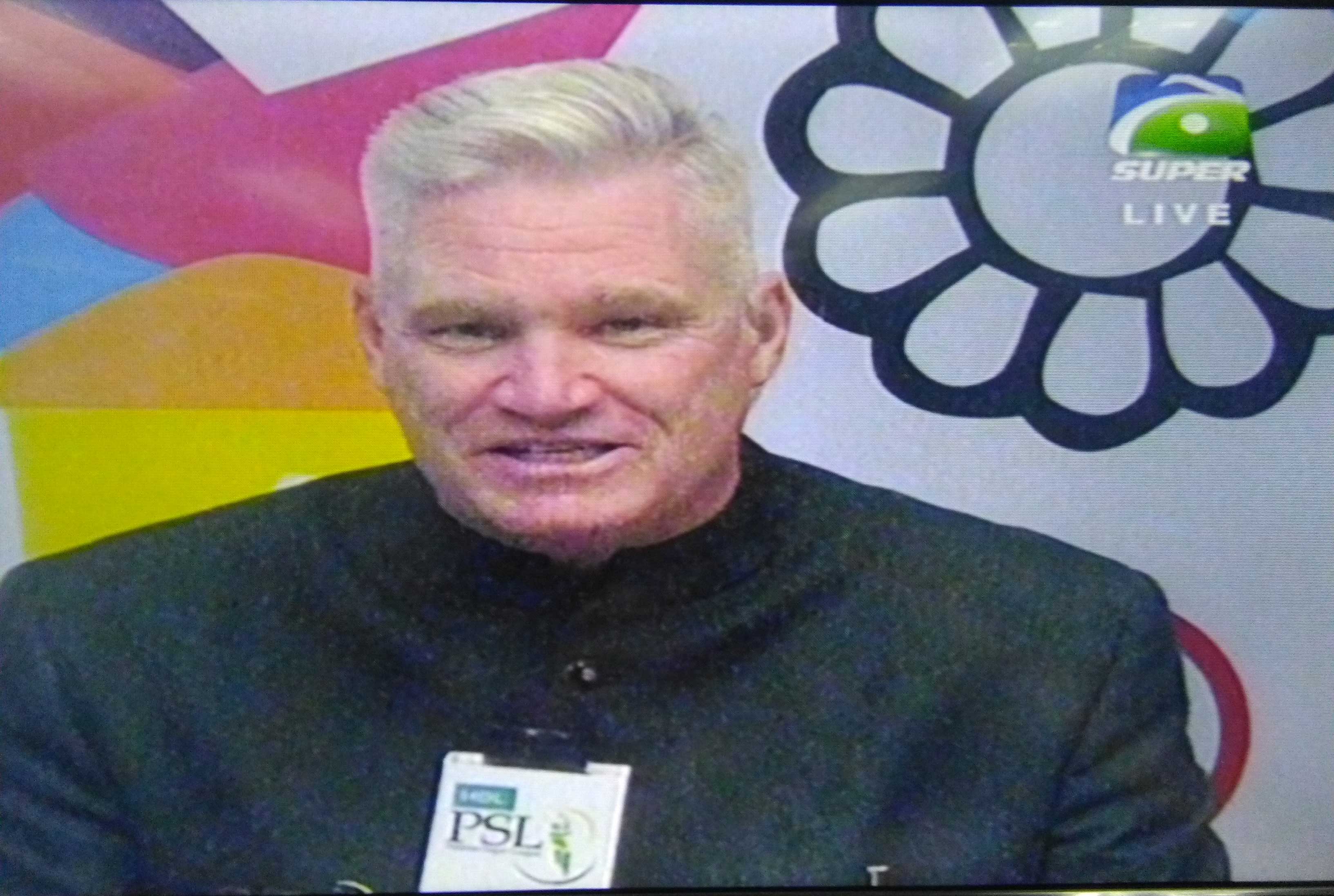 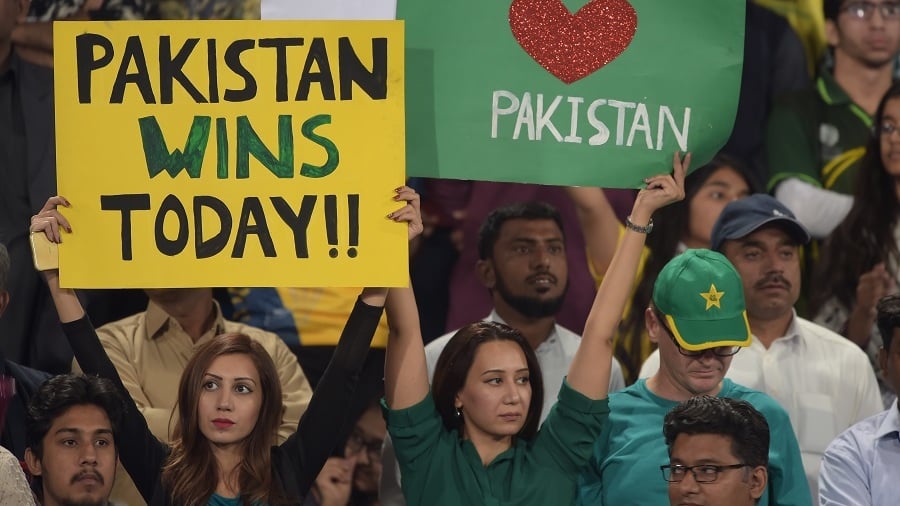 Good luck & best wishes to both cricket teams in the PSL final. Really appreciate the public's participation. May Allah keep everyone safe.

Zalmi skipper Darren Sammy comes on the stage, shows his love to the crowd. 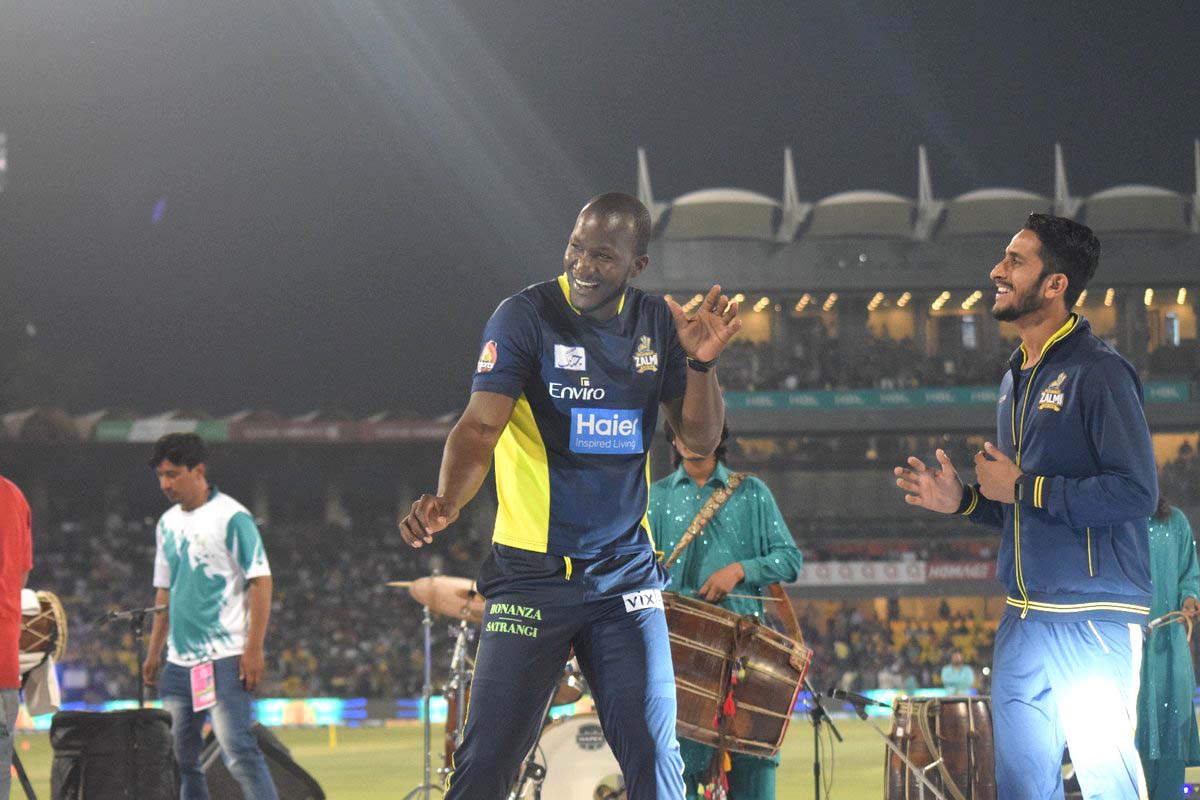 Closing ceremony begins with paratroopers jumping at the stadium. 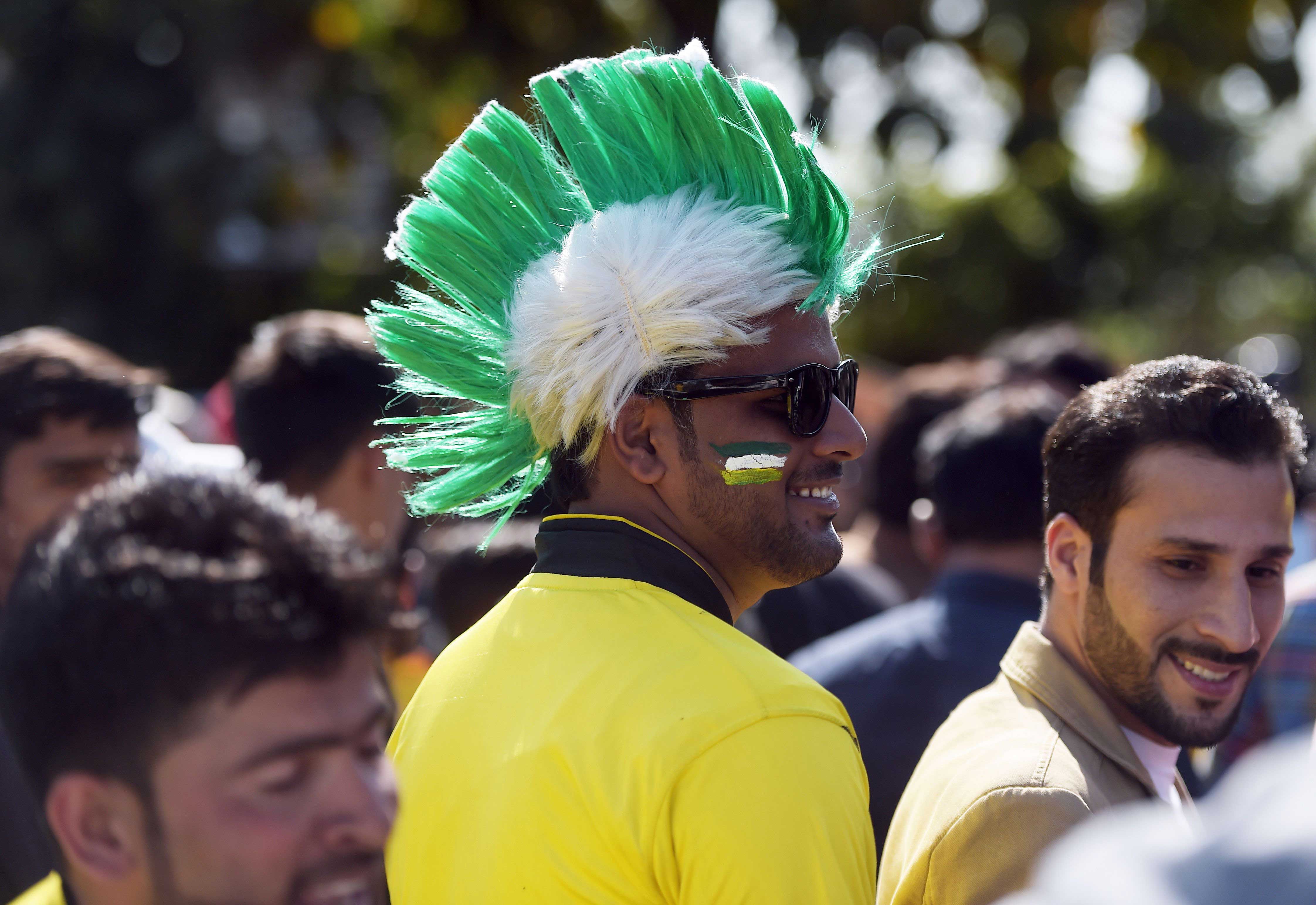 Supporters of Peshawar Zalmi queue at an entry gate of The Gaddafi Cricket Stadium in Lahore. 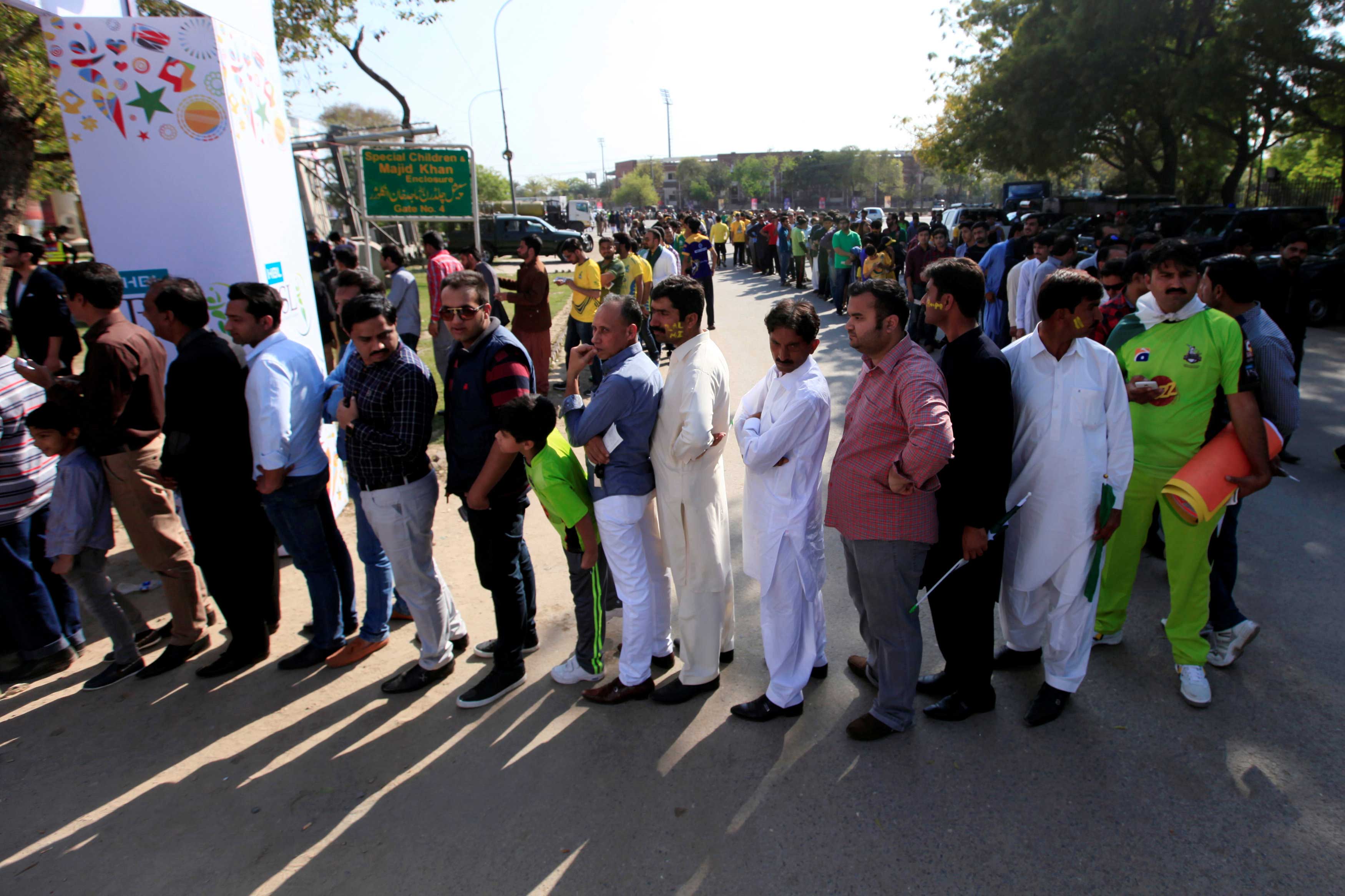 It's only 03:45 and people are coming to the stadium in large numbers. The security arrangements are in place and the administration is very vigilant.

Welldone @najamsethi @TheRealPCB for bringing cricket back. Wish you best of luck for PAK cricket and its lovely people. Love from Turkey... pic.twitter.com/mj56KQQDWB

Zalmi Captain Darren Sammy: We will shave our heads if we win

01:45
Lahore Qalandars owner Rana Fawad: We welcome all the dignitaries, international players to Lahore, it is a historic day. Credit goes to all to make the PSL a successful event.

Request to @ImranKhanPTI that must attend @thePSLt20 ,it's a National Pride !

Ahmed Shahzad: It will be a game of nerves and whoever controls them will win.

Talking to Geo News Wasim Akram said in a T20 match no team can be declared as favourite. Darren Sammy is an experienced player while Sarfaraz plays positive cricket, he added.