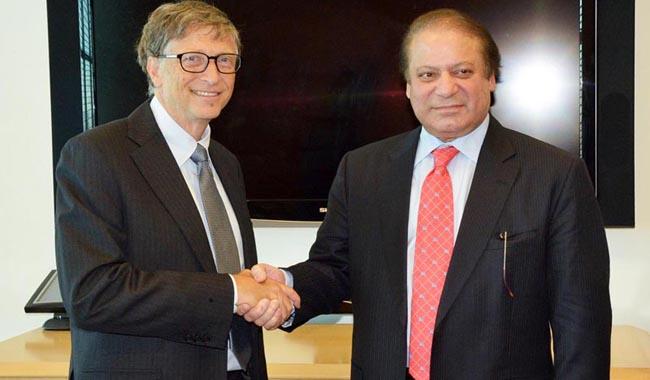 DAVOS Switzerland: Mioorsoft founder  and head of the Melinda Gates Foundation BillGates Thursday appreciated the tremendous success of Pakistan in eradication of polio virus from the country over the past three years.

Bill Gates called on Prime Minister Nawaz Sharif at the Congress Centre for the 47th Annual Meeting of the World Economic Forum, a statement issued by the PM's media cell said.

While commending the leadership role of the prime minister, Bill Gates said the year 2017 would be a year of polio eradication from Pakistan.

The prime minister briefed Bill Gates on the measures taken by his government in the national fight against the deadly polio virus.

Prime Minister Sharif said federal government along with all provincial governments AJK and Gilgit Baltistan were collectively involved in efforts for polio eradication.

He said all resources at federal and provincial levels were being fully utilized for achieving a polio free Pakistan and ensuring healthy future generations.

Bill Gates said he was looking forward to his visit to Pakistan in coming months.