No presence of Daesh in Pakistan, says PM Nawaz 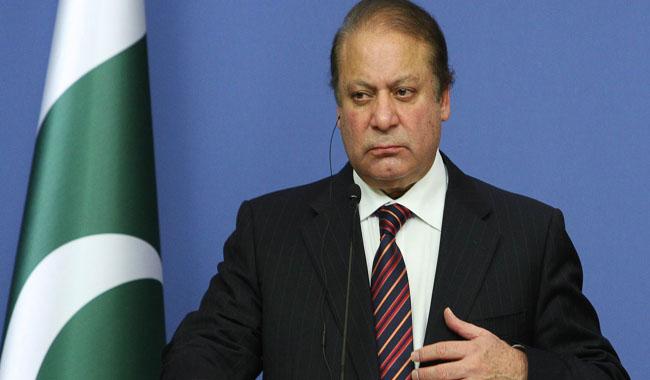 SARAJEVO:  Prime Minister Nawaz Sharif on Wednesday said that there was no presence of militant Islamic State group (Daesh) in Pakistan and the country has destroyed safe havens and sanctuaries of al-Qaeda and the Taliban.

The prime minister was speaking to a delegation of  Bosnian parliamentarians. He emphasized on exchange of parliamentary delegations and sharing of their respective expertise.

It was highlighted that strong links between parliaments could also help develop enhanced people to people contacts.

Later,  Prime Minister Nawaz Sharif and the Chairman of Council of Bosnia and Herzegovina (prime minister) Dr Denis Zvizdic addressed a press conference. They said they had agreed to strengthen ties in the field of trade defence agriculture and textiles.

Addressing a joint press conference following their meeting here at the Institutions Building (Parliament) the two leaders expressed commitment for establishment of a Joint Commission to further strengthen their countries mutualrelations.

Prime Minister Nawaz Sharif said he had a detailed exchange of views on regional and international matters with the chairman and added that Pakistan stood committed to its support for the progress and prosperity of people of Bosnia and Herzegovina.