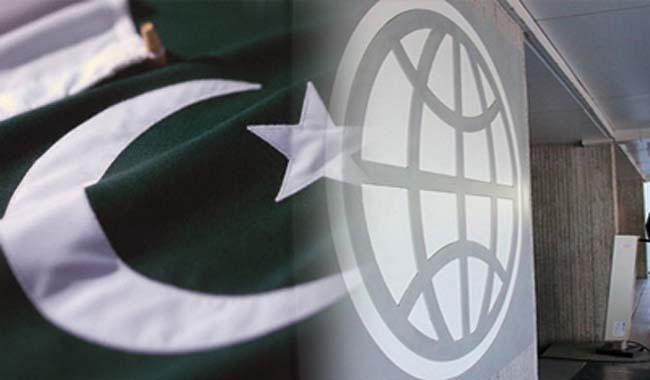 “After achieving macroeconomic stability, the government continued to deliver on its structural reform agenda in FY16, but much remains to be done if growth is to be strengthened and sustained,” the report said.

The “Pakistan Development Update” report which is released twice a year, noted 4.7 economic growth in 2015-16 financial year, being the highest in eight years and projected the growth to accelerate to 5.4 percent in FY18, according to a statement issued here. In the medium-term, Pakistan’s growth is expected to continue to accelerate, reaching 5 percent in FY17.

Pakistan’s growth was driven by domestic consumption that continues to compensate for weak global demand. The report warned that Pakistan’s low rates of investment and declining export competitiveness, however, remain a concern.

In the long term, growth will be driven by increased investment in both physical and human capital, with increased focus on better nutrition, health and education outcomes.

“Pakistan has made significant progress in reducing poverty over the last decade. Based on the revised poverty line adopted in early 2016, the percentage of people living below the poverty line decreased from 64.3 percent in FY02 to 29.5 percent in FY14,” the report said. “This reduction in poverty is corroborated when analyzing other data, such as asset ownership”, says Muhammad Waheed, Senior Economist and lead author of the report.

Projected even higher growth in FY18, the report also expects a moderate increase in investment (related to CPEC projects) will to contribute to an acceleration of growth, which will continue to be driven by public and private consumption.

Pakistan’s growth in FY16 was driven by strong domestic demand.

Consumption accounted for an overwhelming 92 percent of GDP in FY16, and contributed 7 percentage points towards GDP growth, supported by sustained growth in remittances.

“The government’s efforts to stabilize the macroeconomic environment provided a better footing for economic activity, while marginal improvements in energy supplies facilitated manufacturing growth in particular,” the report added.

The World Bank’s 2017 Doing Business report found that Pakistan improved four ranks in 2017, placing it among the top ten “most improved” countries. Revenue growth is underpinning the falling deficit, driven in FY16 by a 20 percent increase in the Federal Board of Revenue’s (FBR) collection.

A series of new tax measures in the FY17 budget will broaden the tax base and are expected to contribute to another significant increase in FBR revenues. On the expenditure side, the development budget has grown faster than the recurrent budget.

In the FY17 budget, an expected reduction in state-owned enterprise subsidies and interest payments has created space for an increase in infrastructure spending, including on CPEC projects.