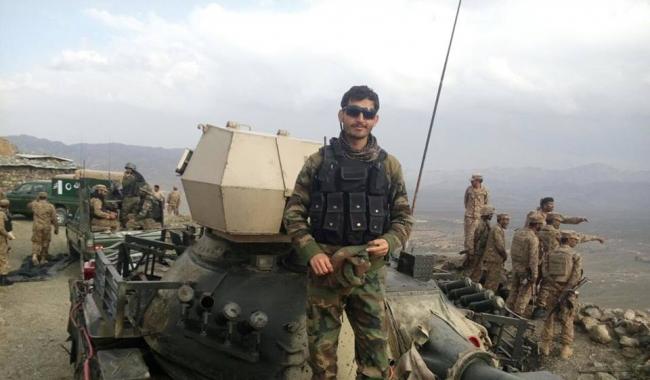 RAWALPINDI: Roohullah, a captain of the Pakistan army, embraced martyrdom while Naib Subedar Muhammad Ali was injured in a militant raid at the Quetta Police Training College that killed over 60 people mostly police men who had completed their training last month.

The captain was an elite army commando who will be awarded Tamgha-e-Jurrat, the fourth highest military award in Pakistan. “COAS General Raheel Sharif has announced gallantry awards for Captain Roohullah Shaheed and Naib Subedar Muhammad Ali  for their valiant action during anti terrorists Operations at PTC last night,” said a statement issued by the Inter-Services Public Relations (ISPR).

"Having neutralised one suicide bomber, they cornered the second bomber, helping large number of police recruits escape till he exploded causing the damage," the statement read.

Captain Roohullah was the resident of Shabqadar town  of Khyber Pakhtunkhwa and his funeral prayers will be offered there.

Over 50,000 Pakistanis including thousands of security officials have lost their lives in country’s war against local and foreign militants.

The violence have relatively dropped after Pakistan’s military and civil leadership launched the National Action Plan (NAP) to quell the insurgency in different parts of the country.

Pakistan also put an end to a moratorium on capital punishment and executed hundreds of hard core terrorists after the 2014 militant attack on Army Public School that killed over 130 people mostly children.

The country has also set up military courts for speedy trials of terrorists.

Pakistan reports most number of COVID-19 cases, deaths over 24 hours