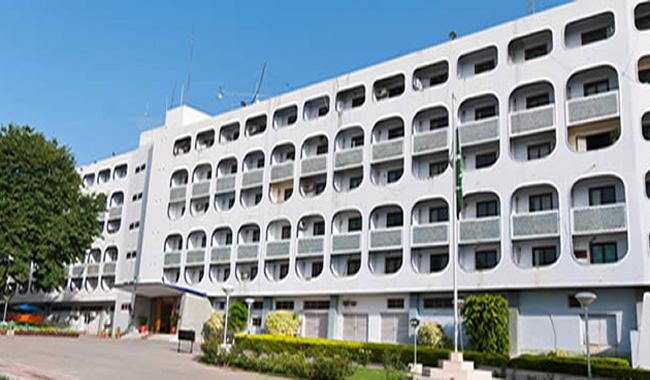 He said Pakistan hosted the first round of direct talks between Afghan government and Taliban. However, he said, Pakistan alone is not responsible for bringing the Taliban back to the table.

He said the Quadrilateral Coordination Group was constituted to achieve the objective of peace and stability in Afghanistan.

The spokesman went on to say peace in Afghanistan is in the interest of Pakistan, adding that Pakistan supports peace and stability in the neighbouring country.

Pakistan strongly condemned Kabul blasts, the spokesman said and added that peace can’t be achieved through violence and bloodshed.

Nafees Zakariya said Pakistan itself is the biggest victim of terrorism. Thousands of our security personnel have sacrificed their lives in war on terror, he added.

"The enemies of Afghanistan are Daesh, al Qaeda, Haqqani network and some of the Taliban who enjoy shedding the blood of countrymen," he said.

He added that the doors of negotiation would remain open for those Taliban ready to stop bloodshed but added: "This opportunity will not be there forever."

He said Taliban leaders sheltering in the western Pakistani cities of Peshawar and Quetta were "slaves and enemies of Afghanistan who shed the blood of their countrymen" and he called on the Pakistan to wipe them out.

Pakistan denies harbouring and aiding the Taliban but Ghani urged its government to "fulfil promises and carry out military operations against those whose bases are in Pakistan".

When will matric, inter exams in Sindh start?