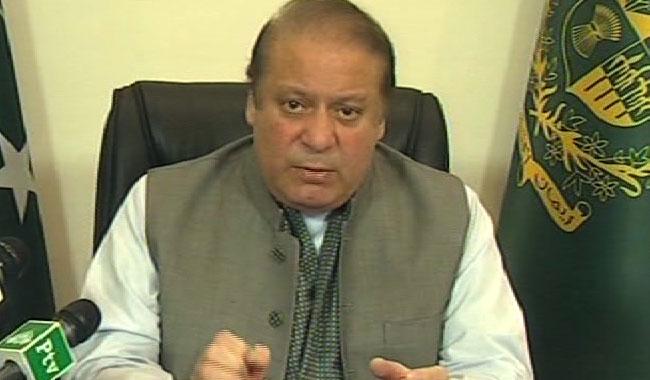 ISLAMABAD: Prime Minister Nawaz Sharif has reaffirmed the commitment to root out terrorism, which has become a global challenge, from the country’s soil.

Addressing the nation after deadly Lahore attack, in which more than 70 people including women and children were martyred, Prime Minister said, “Operation Zarb-eAzb will continue till menace of terrorism is rooted out.”

The Premier strongly condemned the coward Lahore attack, saying “We will not allow terrorists to play with the lives and properties of the innocent people.”

He said operation Zarb-e-Azb was launched to eliminate terrorists, adding that acts of terrorism have significantly declined in three years, however, the militants were targeting soft targets over the past few months.

He said the operation has achieved its major objectives but the mission would continue till complete eradication of terrorism from the country.

The Premier pledged that the terrorists would be held to account for every single drop of the martyrs' blood that they had shed.