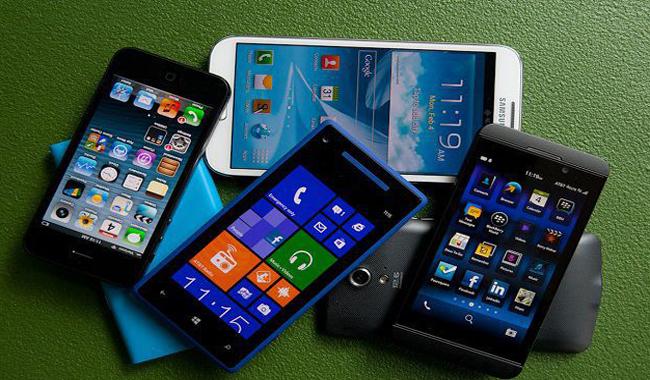 The imports of mobile phone were 392.493 million dollars in same period last year statistics of Pakistan Bureau of Statistics (PBS) showed on Sunday.

Other telecom apparatus import also witnessed a significant decline of 19.23 percent during this period as it stood at US 366.851 million during July January (2015 16) against  454.220 million dollars during same period of last year.

Meanwhile telecom experts said in next two years smart phones are expected to cross 55 per cent of mobile phone imports.

Smartphones adoption in Pakistan is expected to grow due to expanding 3G and 4G networks (currently 3G services are available in more than 200 cities and towns.

Moreover, according to Grappetite Research 77 per cent of smartphone users are between ages of 21 30 years which is the most adaptive segment for use of smartphones.

With the rapid expansion of mobile broadband networks and adoption of smartphones in the society the telecom import burden has gradually increased over the last five years.

In the Fiscal Year 2014 15 Pakistan imported US 1.2 billion worth of telecom equipment in which a record import of US 629.9million was on account of cellular mobile handsets imports.

According to International Data Corporation (IDC) Pakistan remained one of the fastest growing markets for smartphones shipments in 2015   123 per cent growth was registered in smartphone shipments to Pakistan between Q 1 2014 and Q 1 2015.

Currently almost 31 per cent of cellular mobile handsets imported in Pakistan are smartphones which were only about 7 per cent in 2012.

Volkswagen to invest over $2bn in Chinese electric vehicle sector