According to latest official figures, income of about 60 percent households is less than the official minimum wage of Rs15,000 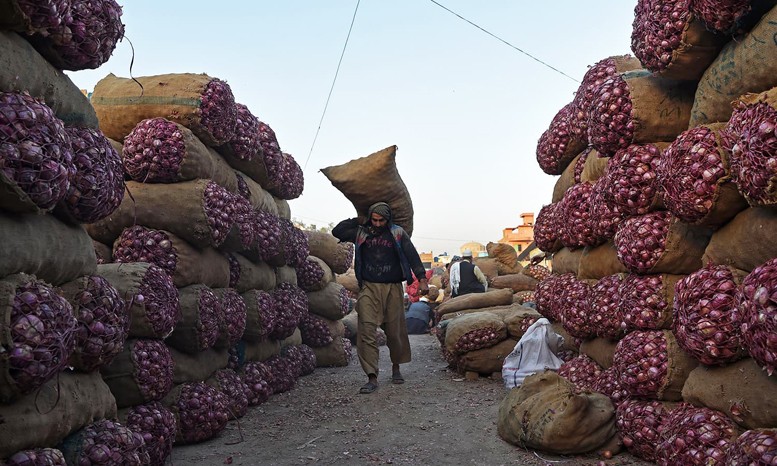 The Constitution of Pakistan guarantees well-being of the people by raising their standard of living, providing adequate livelihood with reasonable rest and leisure, reduce disparity in the income and earnings of individuals, etc.

The Universal Declaration of Human Rights ensures that "everyone who works has an existence worthy of human dignity. The ILO convention number 100 demands ensuring application of the principle of equal remuneration for men and women workers for work of equal value. The decent work country programme signed by Pakistan and GSP status granted to Pakistan require decent living and working conditions and that is possible only with decent wages.

In Pakistan this, however, remains a distant dream for workers as the reality is much bitter. Since the 18th Amendment to the Constitution of Pakistan, the issue of minimum wages has come within the ambit of the provinces while the federal government retains its role in the Islamabad Capital Territory (ICT). The provincial and ICT governments exercise their powers in respect of wages set under the 1961 Minimum Wage Ordinance for West Pakistan or newly enacted provincial legislation.

Although Punjab province, on this May Day, announced minimum wages of Rs16,200 but its implementation remains a challenge. Provinces lack enforcement mechanism of minimum wages in the formal and informal sectors.

According to latest official figures, income of about 60 percent households is less than the official minimum wage of Rs15,000. The failure of (minimum) wage implementation machinery is well known and also noted seriously by the country’s superior courts in the past. Even skilled workers are paid wages less than the minimum wages.

"In Punjab, we have a limited number of labour inspectors who supervise implementation of minimum wages in the organised/formal sector. The department takes action only if a complaint is lodged," says Raj Maqsood, law officer of the Punjab Labour and Human Resource Department, talking to TNS. "However, there is no proper mechanism to ensure implementation of minimum wages in the informal sectors." The Punjab’s Minimum Wages Board only helps in determining minimum wages.

In April, Prime Minister Imran Khan directed the relevant departments to implement laws to protect domestic workers and to ensure minimum wages in all sectors. The prime minister admitted that only making laws for protecting the rights of workers was insufficient and the real challenge was to ensure their implementation.

The wages issue is of fundamental importance to workers and their unions. "Implementation of minimum wages is also ensured by trade unions and where their unions are intact they help workers. Labour inspectors are very few in number as compared to the area they have to cover," says Zahoor Awan, general secretary Pakistan Workers Federation (PWF). "There is a need to review mechanism of implementation of minimum wages," he says.

Awan says the right to collective bargaining, which is the most important instrument of workers to negotiate wages, is allowed to only a fraction of the workforce. "Individual workers, particularly at the lower levels, can hardly bargain for fair wages or for a better share although production and exports are expanding and profits are multiplying."

It is heartening to note that in their 2013 and 2018 election campaigns the political parties promised better wages if they would be elected. "The PTI in its manifesto focused on improving wages and to implement polices to ensure better wages," says Awan. He demands that all provincial and national laws should determine minimum wages and payments should be consolidated and jurisdiction of payment wages authority should be extended to all categories of workers of the formal and informal economy, including agriculture, home-based, and domestic workers.

The PWF has also written to the prime minister about this and drew a family budget of an unskilled worker with a family of five (husband, wife and three children) from 1970 to 2019. This comparative analysis of the past 48 years, with particular focus on the last three years, shows tremendous increase in the prices of food and household things for a small labourer family.

Also read: Empowered by a business

"The Punjab government, few years ago, set up a hotline for lodging complaints of non-implementation of minimum wages but no serious action was taken against the employer despite complaints," says Niaz Khan, a labour union leader based in Lahore.

"One of the biggest companies which has more than 20,000 workforce in the city for its outlets, is spending a huge amount of money for giving free food in hospitals but is not paying minimum wages to its workers even today," Khan adds.

"There is no possibility of proper implementation of minimum wages in Pakistan unless there is the political will and serious efforts by the government. Factory owners manipulate easily," he says.