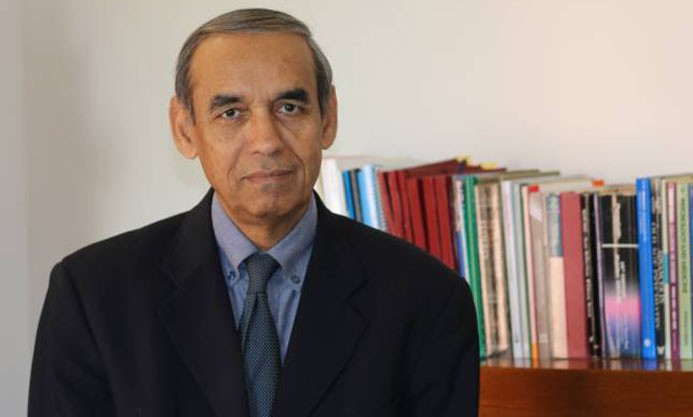 Dr. Murad Moosa Khan is a member of the Royal College of Psychiatrists and has a PhD in suicide epidemiology from the University of London, UK. At present, he is Professor and Chair, Department of Psychiatry at the Aga Khan University. His clinical and research interests include suicide and attempted suicide, mental health of women, and medical ethics. He is the first president of the International Association for Suicide Prevention, the first Asian as well as the first Pakistani in the 60-year history of the Association.

The News on Sunday: How many therapists and how many psychiatrists does Pakistan have?

Dr. Murad Moosa Khan: There are approximately 350-400 qualified psychiatrists in the country. Psychologists -- probably about the same number, but not sure. There are no credentialed courses for training of therapists in Pakistan, though I am aware a number of organisations offer such courses and a number of individual advertise themselves as "therapists".

TNS: Is suicide a serious epidemic in Pakistan?

MMK: It is not an epidemic but it is a serious public health issue. We do not have good data on suicide and self-harm in Pakistan to give us a national picture, though we do have data for some cities.

TNS: How many suicide hotlines does Pakistan have?

MMK: Probably not more than a couple. Hotlines on their own are of little value. They can be useful if they are part of a comprehensive suicide prevention initiative. For example, what would a hotline counsellor do if he/she receives a call from an individual who is threatening to kill themselves? Who would they alert? Would the police respond to such a request? In other cases, if the person needs to be referred to an emergency mental health facility, where would this be -- if the person lives in an area where there are no such facilities. As it is, even in the cities, emergency psychiatric care is very poor. There are many other ethical issues around such hotlines. So, without a comprehensive plan hotlines are of little value.

TNS: Is there a gender or class angle to it?

TNS: What measures do you suggest for the prevention of suicide in the country?

MMK: Suicide is a very complex issue and requires complex, multilevel solutions. There is need for more investment in mental health in Pakistan. As of now, mental health does not have a separate budget. There is need for training of doctors, particularly primary healthcare doctors and nurses, and psychiatry needs to be taught and examined in the undergraduate medical curriculum in Pakistan. Currently, very few of the more than 100 medical colleges teach psychiatry properly in undergrad and only one college (Aga Khan University) conducts a certifying exam in Psychiatry. The PMDC does not require a separate exam in Psychiatry.

The diagnosis and registration of suicides need to be improved and there should be a detailed forensic investigation of every case to determine whether the death was suicide, homicide or accident.

Suicide is still criminalised in Pakistan and there is urgent need to revisit this law as most other countries of the world have decriminalised suicide. The religious edicts against suicide should not be applied to attempted suicide. There are two different phenomena. Currently, the law states that people who attempt suicide and survive can be given a jail sentence and heavy financial penalty. For an already mentally disturbed person, this further adds to his/her problems and stops people from seeking help. Many private hospitals collude with families of victims to hide such cases by mislabeling them as accidents or identifying them as some medical condition. This leads to serious undercounting of attempted suicide cases.

There also needs to be responsible media reporting of suicides, following the guidelines of the World Health Organisation (WHO) and we need more good, robust data through high quality research.

The problem of suicide may be global but solutions always have to be local, based on local research findings.

TNS: As President of the International Association for Suicide Prevention, what sort of issues have you managed to tackle in Pakistan?

MMK: We are trying to raise the issue at different forums to raise awareness and get the government’s attention. On Saturday December 15 we have convened a round table conference in Islamabad to come up with recommendations for suicide prevention in Pakistan. We will be sending these recommendations to the government. We hope the government takes some action. I continue to supervise a number of research projects on suicide and attempted suicide in Pakistan while collaborating with researchers in other countries.