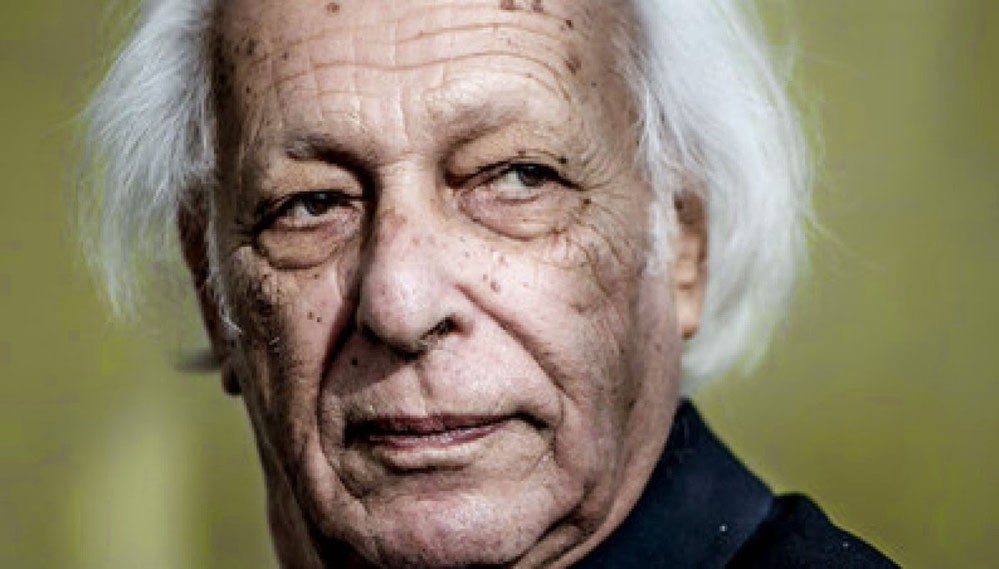 Samir Amin’s interaction with and observation of political Islam began, in his own words, from Nasser’s days in Egypt in the 1950s. Gamal Abdel Nasser who had taken over after the revolution in Egypt was facing challenges from the two extremes. From the extreme left were intellectuals and scholars such as Samir Amin who were declared communists and wanted Nasser to follow a communist path rather that a nationalistic road. On the extreme right were the proponents of political Islam who were opposing nationalisation and trying to protect private ownership in the name of Islam.

Samir Amin thought that the struggle in Egypt, and other Arab countries, was not simply a national liberation movement; it had to be associated with radical change on the road to socialism. This was not the problem faced by Egypt alone. In countries such as India and Indonesia too, the communists wanted to force the nationalist leadership to follow a radical socialist path. The Soviet Union at that time was following a relatively moderate line by supporting the non-aligned movement as a counterbalance against the capitalist world led by the US.

According to Amin, the USSR did not support the Egyptian communists against Nasser. The Soviet Union was content with a non-capitalist road instead of a radical socialist revolution in these countries. By the 1960s, most communist parties were divided on this point and the rift was further aggravated by the Sin-Soviet split. In Egypt too, a small majority accepted the Soviet view of the non-capitalist road as propounded by Nasser. Samir Amin was one of those who refused to follow the Soviet line, left his research job in Cairo, and moved to Mali to work for a radical transformation on the continent.

Those communists who preferred to stay in Egypt were targeted by the Nasser regime, such as Ismael Sabri Abdullah -- one of the founders of the Egyptian Communist Party -- was arrested and sent to concentration camps for six years. Later Samir wrote about how he had observed the Nasserite state turn into a corrupt class led by a ‘tiny bourgeois class’ that captured the finances. After moving out of Egypt, Amin worked for the ministry of planning in Mali, then became a full professor in France and for ten years (1970 - 1980) was the director of UN African Institute for Economic Development and Planning in Dakar.

From 1980 onward he was director of the Third World Forum, an INGO working for research and debate. It was in 1980s that Edward Said’s ideas on Orientalism were gaining currency in academic circles. In his book, Culture and Imperialism, Said even mentioned Amin as a leading thinker of his time. In the 1990s, a neo-orientalist thinking also emerged which, according to Amin, was the result of a neo-conservative and neo-liberal agenda in the post-Soviet unipolar world. One of the proponents of this was Bernard Lewis (please see my essay, Lewis-Said Controversy, published in TNS on June 3, 2018; http://tns.thenews.com.pk/orientalism-lewis-said-controversy).

This was further explored by Tariq Amin-Khan in his article New Orientalism, Securitization and the Western Media’s Incendiary Racism published in 2012. So, now we come to our Pakistani Tariq Amin-Khan who holds a doctorate in social and political thought and teaches at Ryerson University in Toronto, Canada. Tariq did his first degree in law at the University of Karachi and then specialised in South Asian Studies form the University of Toronto. His two books, The Post-Colonial state in the Era of Capitalist Globalization and Genealogy of the Post-Colonial State in India and Pakistan (both published in 2012) have attracted wide attention in academic circles.

But much before his books were published, Tariq Amin-Khan had an interesting exchange with Samir Amin. In 2007, Samir Amin wrote Political Islam in the Service of Imperialism in Monthly Review which is an independent socialist magazine. In his article, Samir highlighted that ‘every current of political Islam chooses to conduct its struggle on the terrain of culture’. The militants of political Islam, according to Samir, were not interested in discussing the dogmas that form religion; instead they just want to assert ‘membership in the community’; and by doing, so they conceal their ‘immense emptiness of thought’.

Decades after the collapse of the Soviet system and communist economies, Samir Amin continued to declare himself a communist and a staunch Marxist.

Samir also wrote that militant and political Islams justify ‘imperialism’s strategy of substituting a so-called conflict of cultures for the one between imperialist centres and dominated peripheries’. Samir’s argument was based on the premise that ‘the exclusive emphasis on culture allows political Islam to eliminate from every sphere of life the real social confrontations between the popular classes and the globalized capitalist system that oppresses and exploits them’. He was right in pointing out that the militants of political Islam have no presence in the areas where actual social conflicts take place and their leaders repeat incessantly that such conflicts are unimportant.

To understand this we can just look around in Pakistan and see what our Islamists are doings. Most religious groups are not interested in highlighting the real issues people face in their daily lives. Though some religious outfits do provide charity services but they never talk about real contradictions in society and how and why the common people are being exploited, disenfranchised, and marginalised. Just recall some recent sit-ins by the likes of Khadim Rizvis and Tahirul Qadris and you will agree that Samir Amin’s observation was right.

Samir says that even the charity works done by Islamists are a tool of indoctrination and they don’t support any struggle against the system responsible for their poverty. On the real social issues, political Islam aligns itself with the camp of dependent capitalism and dominant imperialism. Samir is sharp in his observation that political Islam defends the principle of the sacred character of property and legitimises inequality and all the requirements of capitalist production. He gives an example of Muslim Brotherhood in Egypt which supports reactionary laws to reinforce the rights of property.

Samir asserts that no Islamist movement has ever opposed even one reactionary law promoted in any Muslim state. Citing Pakistan and Saudi Arabia, Samir wrote, ‘political Islam has always counted in its ranks the ruling classes of Saudi Arabia and Pakistan’ which were active supporters of militant and political Islam. Just look at the policies of Pakistani and Saudi ruling classes in the past 40 years or so and you will realise how apt Samir is when he says that ‘local comprador bourgeoisie, the nouveau riches, beneficiaries of current imperialist globalization, generously support political Islam’.

Tariq Amin-Khan responded to this article by writing to Monthly Review in March 2009. According to Tariq, ‘Samir has been generally dismissive of political Islam and unambiguous in saying that Islamists have been in the service of imperialism’. Tariq’s concern was that such a dismissal shows an inability to provide a critical grasp of political Islam as an ideological phenomenon and the current role of US imperialism in targeting militant Islam and in controlling political outcomes in Muslim-majority states. In Tariq’s opinion, ‘such a view is also unhelpful for small left-wing and secular forces in these states to develop even a modest strategic initiative to contest political and militant Islam’s claims’.

Tariq highlights the fact that there is popular anger against the US military occupations of Muslim lands and the perception that the imperial onslaught is as such against Muslims. He says that most of the population in Egypt, Jordan and Pakistan have unfavourable sentiments against the US, while all these have been US client states. In Tariq’s opinion, Samir’s piece did not deal with the role of larger social and economic issues in Muslim majority states; while Samir simply suggests that political Islam is lined up behind the dominant powers on the world scale.

Tariq concludes by saying that ‘if the left is ever to become serious in challenging militant/political Islam, it has to move past and dump its heavy baggage of Eurocentrism and the careless analysis of political Islam’. Tariq considers the current wave of militant Islam as a force to reckon with, and dismissing it as reactionary--true as it may be--is unhelpful. Tariq tends to agree with Samir that militant Islam has an extremely narrow ideological view of Islam, and an oppressive vision of change, especially concerning the treatment of women.

But Tariq also underscores the point that this vision is not shared by the vast majority of Muslims in Afghanistan, Egypt, Indonesia, Pakistan, and even in India. ‘Overwhelming numbers in Muslim-majority states would like the Islamists to disappear, just as they would also wish the same for US imperial presence and the client regimes that rule over them.’ Tariq’s final suggestion for the left as well as for the Western political leaders and the media was to desist from homogenizing the makeup of entire Muslim-majority societies as reactionary or obscurantist.

Samir Amin gave his own comments on Tariq Amin-Khan’s text. In his response, Samir Amin appears to be an orthodox Marxist who refuses to consider any other tool but historical materialism as the only viable framework for socioeconomic analysis. Samir clarifies by saying, "I am a Marxist and defender of the creative potential of Marxism… The tools of historical materialism, and they alone, allow us to understand the true challenges confronting workers and other victims of capitalism and its modernity…Other forms of thought…defend the existing order in the name of liberal democracy or some religious or ethnic interpretation that includes ‘respect for property’ in its conception of fundamental rights."

Here, as you can see, Samir Amin repeats his lifelong dislike for capitalism, imperialism, and even against private property. Decades after the collapse of the Soviet system and communist economies, Samir Amin continued to declare himself a communist and a staunch Marxist. He considered all non-Marxist formulations as reactionary and utopian, including ‘political Islam, political Hinduism, North American Christian fundamentalism, new sects and others, in this large family of illusions, attached to the past (but in fact modern)’. This, according to Samir, is the result of the failure of the relevant (socialist) lefts to oppose capital’s offensive.

To conclude this essay, we may say that from Althusser and Bernard Lewis to Edward Said, and the two Amins, they have contributed greatly in our understanding of the different currents of thought. If Althusser helped us understand the post-WWII Marxist thought in Europe, the Lewis-Said controversy and the Amin-Amin exchange of ideas not only clarified the various shades of orientalism and new orientalism, but also helped us grasp the new development discourse with a background in militant and political Islam. (Concluded)

The writer holds a PhD from the University of Birmingham, UK. His book collection of essays Politics, Picture, Personalities has been published in 2018. [email protected]