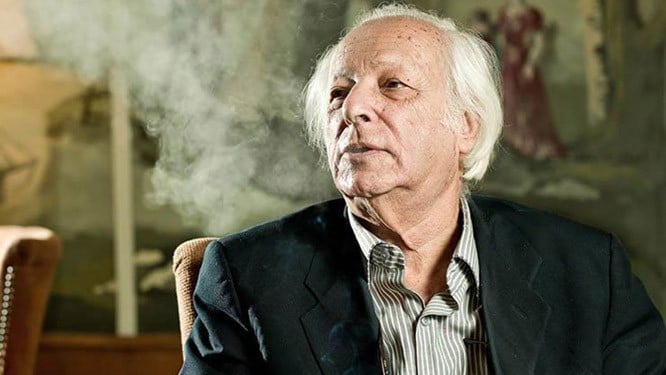 Around 20 years back when I left my teaching job at the IBA Karachi and joined the Aga Khan Foundation’s NGO Resource Centre (later renamed as Civil Society Resource Centre) as training and communication manager, my introduction with the development discourse was minimal. The Aga Khan Foundation was (and still is) one of those organisations that not only encouraged its employees to read about development issues but also provided opportunities to do so. The NGORC had an impressive library with hundreds of books on development practice and theory. That’s where I first came across names such as Andre Gunder Frank, Ariyaratne, Fernando Cardoso, James Blaut, and Robert Chambers.

But the book that really got me interested in development studies, Capitalism in the Age of Globalization--the management of contemporary society, was by Samir Amin, who died on August 12, 2018 at the age of 87. This book of hardly 150 pages had only seven chapters mostly dealing with the future of global polarisation and capitalist economic management, it led me to explore more about Samir Amin and his writings. Perhaps one reason for my extended interest in Amin was his Marxist orientation and his claims to remain a staunch communist even when communism had failed in most erstwhile communist countries by the early 1990s.

Another reason for my interest in Amin has been his Middle-Eastern background and his keen observations on political Islam and Orientalism. This essay should be read in conjunction with my two previous essays published in The News on Sunday: Althusser - the mad Marxist (June 10, 2018; http://tns.thenews.com.pk/mad-marxist) and Orientalism--Lewis-Said Controversy (June 3, 2018; http://tns.thenews.com.pk/orientalism-lewis-said-controversy).

In the first part of this essay, we will look at how Amin’s interpretation of Marx differs from Althusser’s; and in the second part we will discuss Neo-Orientalism and, what I call, Amin-Amin exchange in which Samir Amin and Tariq Amin Khan, a Pakistani scholar based in Canada, sparred on political Islam.

In the second half of the 20th century, Marxism needed new interpretations as the personality cult of Stalin was exposed by the Soviet leadership itself, and a rift between China and the USSR split the communist world. Followers of Marxism responded differently in different regions; for example Althusser in Europe, Andre Gunder Frank in Latin America, and Samir Amin in Africa had their own understanding of new developments in the 1960s and 1970s. Most communist parties split such as communists in India divided into three groups, Communist Party of India (CPI), Communist Party of India Marxist (CPI-M), and CPI Marxist-Leninist.

Althusser (1918 - 1990) wrote For Marx in the 1960s and became a leading theoretician of Marxism in Europe; his focus was mostly philosophical and he was later called a ‘Structuralist Marxist’. While Althusser played down the Marxist idea of class struggle and tried to reinterpret Marx using Freudian and Structuralist concepts in Europe, Andre Gunder Frank (1929 - 2005) emerged as the most prominent radical political economists in Latin America. With dozens of books to his credit, Frank has left an indelible mark on the critical study of development and the world system. He produced an impressive body of radical scholarship under the sign of dependency theory.

Now, this dependency theory brings us to Samir Amin; but first some background to dependency theory. Briefly speaking, it says that resources flow from a periphery of poor and underdeveloped states to a core of wealthy nations. In other words, the poor states pay for the enrichment of wealthy states. And the way the two are integrated into the ‘world system’ perpetuates the dependence. Dependency theory was initially a liberal-reformist response to ‘modernisation theory’ that was partly driven from Max Weber and his ideas that all societies progress from a traditional to a more modern stage.

Dependency theory as initiated by Raul Prebisch (1901 - 1986) was later given a Marxist tinge by Frank and Amin. Samir Amin can rightly be considered one of the founding fathers of Marxist development theory. While European Marxist philosophers, such as Althusser, were involved in epistemological discussions within Marxism in the 1960s, Samir Amin emerged as a formidable critic of capitalism and propounded a radical political economy that was not the domain of armchair philosophers. In later years, Amin became a ferocious champion of anti-globalisation activism following in the footsteps of Paul Baran and Immanuel Wallerstein.

Perhaps the greatest contribution of Samir Amin is his application of Marxist development theories to explain the consequences of not only capitalist cultural and economic development but also its military and political expansion to the developing world. Mind you, development studies as a field had not yet emerged on the academic scene when Amin began his research and writing as an economist. Being an Egyptian, he was initially inspired by Gamal Abdel Nasser’s socialist policies and pretensions in the 1950s, but then got disillusioned and studied the economies of other African countries such as the Congo, Ghana, Egypt, Ivory Coast, Mali, and Senegal.

Samir Amin’s doctoral dissertation was completed in 1957 in France, titled, International Integration of Pre-capitalist Economies. His four empirically based works emerged from his studies in Africa: The Maghreb in the Modern World (1970), Neo-colonialism in West Africa (1973), Unequal Development (1976), and The Arab Nation: Nationalism and Class Struggle (1976). Unlike Althusser who had almost no interest in practical and pragmatic politics of the developing countries, Amin’s writings were embedded in solid ground realities of Marxist politics and its implementation. Through his writings Amin echoed the frustration of intellectual leftists who had witnessed the hollowness of the decolonisation euphoria.

Amin borrowed the term ‘neocolonialism’ from Kwame Nkrumah (1909 - 1972) from Ghana, and used it to describe the new relationship between the economically dominant former colonial powers and the newly independent states. His magnum opus was published in 1974 in two-volumes titled, Accumulation on a World Scale, and it is still considered a major contribution to a Marxist understanding of underdevelopment. Amin did not agree with capitalist development theory that confuses underdevelopment with poverty and artificially separates economics from social and political organisations. In a truly Marxist manner, Amin articulates that underdevelopment is much more than the outward appearance of poverty.

Applied to countries such as Pakistan, we have seen projects after projects -- funded by international donors -- that fail to alleviate poverty. This happens mainly because the capitalist development theory does not take into account wider political and social issues. With its narrow focus, it tries to target poverty as a stand-alone phenomenon, rather than considering it the outcome of historical capitalism. Amin describes underdevelopment as a cumulative sum of the whole history of capitalist expansion in a world system divided into centre and periphery. In short, it is the ‘theory of capitalist social formation’ that exposes certain features of underdevelopment.

Here Althusser and Amin surprisingly converge as the term ‘social formation’ was devised by Althusser as a substitute for society. Althusser had explained in his collection of essays, Reading Capital, that ‘society’ was marked by pre-Marxist humanistic conception of social life. Althusser had presented his own Structuralist conception of social life called ‘social formation’ that, according to him, was a ‘complex of concrete economic, political, and ideological relations’.

Amin uses ‘capitalist social formation’ to explain underdevelopment as an outcome of ‘unevenness of productivity’, ‘distortion of underdeveloped economies’, and ‘economic, political, and social domination’ by the centre over the periphery.

The centre-and-periphery is discussed in detail by Amin in his book Unequal Development (1976) and by A G Frank in his book Dependent Accumulation (1978). Interestingly, the current development discourse as propounded by the donors in countries such as Pakistan does not discuss how underdeveloped economies are distorted or how various economic, political and social structures perpetuate underdevelopment. That is one of the reasons why in Pakistan we see donor-funded project fail because rather than rectifying structural problems of ‘unevenness’ they mostly focus on health and education as isolated phenomena that can be treated without proper diagnosis.

Amin’s alternative to the above is ‘delinking’. He suggests that mutual relations between the various nations and regions should be subjected to the imperatives of their own internal development and not the reverse. In his book published in 1990, Delinking: Towards a Polycentric World, he presents his manifesto for change, which is a rejection of the idea that the expansion of capitalism and neoliberal paradigm are inescapable. He suggests polycentricism i.e. existence of several systems as an alternative to neoliberal development which he considers exclusionary and polarising, calling it maldevelopment or ‘the development of underdevelopment’.

If you want to see how pertinent his observations are, just have a look at the various donor-funded projects in health, education, water, sanitation, power, infrastructure, or even in governance and security. Most of these projects end up promoting ‘the development of underdevelopment’ as outlined by Amin. The project-oriented approach itself excludes any long-term planning as most projects are designed and redesigned and redesigned endlessly. The moment a project starts, its isolated approach is laid bare and some artificial efforts are made to integrate it into a broader scheme of things.

During the past 25 years, even after the collapse of communism and disintegration of the USSR, Amin continued to write against global capitalism as a system of exploitation. His book, Obsolescent Capitalism: Contemporary Politics and Global Disorder (2003) continued to expose the neoliberal globalisation on Marxist lines by saying "Marx’s law of pauperization resulting from capitalist accumulation has been…confirmed on a world scale over the past two centuries." Amin advocates for a non-American 21st century which can dislocate the current unipolar world system with a multipolar, democratic, and regionalised world.

This he proposes to achieve with the creation of new political and social movements that respect diversity and fight for international economic and social justice. To conclude the first part of this essay we may say that Amin’s major contribution is critical and innovative application of Marxism to explain underdevelopment shaped by the capitalist system.

In the last part of this essay, we will look at Amin’s thoughts on militant and political Islam and how his exchange of ideas with Tariq Amin-Khan helps us understand the modern problems of Islamic world. (To be concluded)