When you think of stunning waterscapes, unique rock formations, rolling sand dunes and a local community steeped in rich cultural practices, Hingol National Park comes to mind. Do visit, provided you do not disturb its peace and quiet 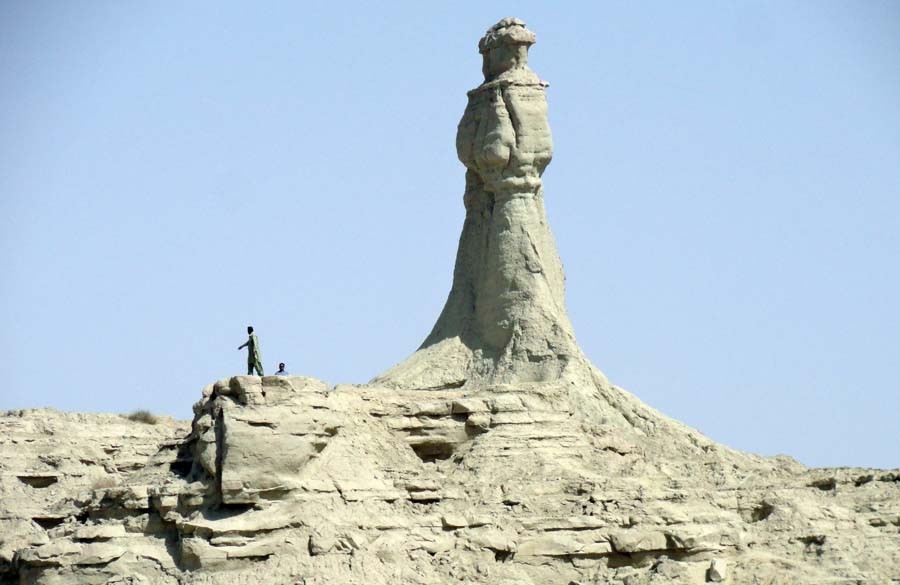 The rugged charm and serene beauty of Balochistan, the largest province of Pakistan, is surely not unknown to people. Be it the presence of sandy desert, rocky terrain, deep blue clear waters of the coast or the lush cover of dense vegetation, Balochistan is known for its contrasting yet congruent aspects of natural landscape.

However, the wonders of this gem are yet to be fully explored and documented. Despite its national worth, Balochistan is neglected in terms of economic, social and cultural investment and development, especially when compared to other provinces of the country. There are various unexplored destinations that call for attention, appreciation, documentation and investment. One such fabulous destination is Hingol National Park.

Situated in Balochistan, Hingol National Park is spread over parts of Lasbela, Gwadar and Awaran districts. Covering an area of approximately 6100sq km, the country’s second largest national park after Karakoram National Park, is popular for its captivating terrains, vegetation and various wildlife species. With Arabian Sea to its south, the place offers spectacular scenery of towering cliffs, pinnacles and buttresses. The river that meanders through the spectacular landscape reflects the blue of the sky, nurtures crocodiles and forms an estuary with significant diversity of bird and fish species.

The most defining feature of the area is the crystal clear seawaters of Kund Malir. At a distance of 235km from Karachi, Kund Malir exudes a sense of peace and wilderness, unlike the crowded beaches of Karachi. With rolling sand dunes on one side and green-blue waters of the beach on the other, the scenery is rather soothing.

Hingol National Park is also known for its biological significance. Supporting a habitat of about 35 species of mammals, 65 species of amphibians and reptiles, 185 species of birds and 250 species of plantations, the park is a vital shelter of such variety of wildlife and vegetation. Mammals like Sindh ibexes and leopard, and birds like houbara bustard and spot-billed pelican are common in the area.

Additionally, River Hingol of the Hingol National Park is a nurturing ground for crocodiles, olive ridley, green marine turtles and dolphins. Located in Makran, the river is the longest in Balochistan (350 miles). Unlike other streams that flow only during the rainy season, River Hingol flows all year long, through the high cliffs of the Hingol valley.

Hingol is known to support threatened mammals and reptiles in addition to a variety of local and migratory bird species. The incredible blue of the crystal-clear water, accompanied with astonishing estuaries and mudflats, provides awe-inspiring scenery for eco-adventurers.

Locals have mostly adopted fishing and livestock as their occupation. The overall socio-economic status of the area is below average. The local communities are increasingly feeling vulnerable to the reduction in fish resources due to unsustainable fishing practices and the disappearance of livestock due to frequent droughts. Making handicrafts, collecting fuel wood and fetching water keep the women in the area busy. The unique lifestyle of fishing folks and villagers, the thatched roofs of their huts, and their traditional, rich handicrafts is of great attraction to tourists visiting from modern cities.

Undoubtedly, the ‘Princess of Hope’, a natural rock formation that manifests a princess looking beyond horizons (maybe for hope), is certainly Hingol National Park’s pride. The Arabian Sea breeze has over many years expertly crafted this beautiful sculpture, transforming a mere rock into a princess. Hollywood actress Angelina Jolie named it Princess of Hope on her visit to this area. The rich historical monuments of this area hold  great potential for aesthetes.

Hingol National Park is no less than any other place when it comes to its cultural significance. Every year thousands of Hindu pilgrims travel to the Hinglaj Valley on foot to pay homage to goddess Hinglaj devi (also known as Nani, Kali Mata or Parvati), who is said to be the last mother queen of the matriarchal era of the Indus Valley. They also host a carnival there.

The complex is made up of three major mud volcanoes and a number of smaller ones, the site is also a sacred Hindu worship place, called Chandragup. The mud volcano is considered one of the holiest places in Hinduism. Hindus worship these mud volcanoes as the habitation of a deity, Babhaknath. This, the world’s largest and highest mud volcano, is one of the greatest attractions for eco-tourists.

With such terrestrial, aquatic, historical and cultural significance, Hingol National Park holds immense potential for eco-tourism. Tourists can devote their time in activities like camping, mountain trekking, turtle, dolphin and bird watching, boating, crocodile sighting, beach swimming, and folk music, along with experiencing Baloch cultural lifestyle. This will not only develop the tourist industry of Pakistan, but will also bring great economic and social benefits to the area.