Being a student activist is less about violent tendencies towards the outer world, but more about unity, compassion and a desire for collective change 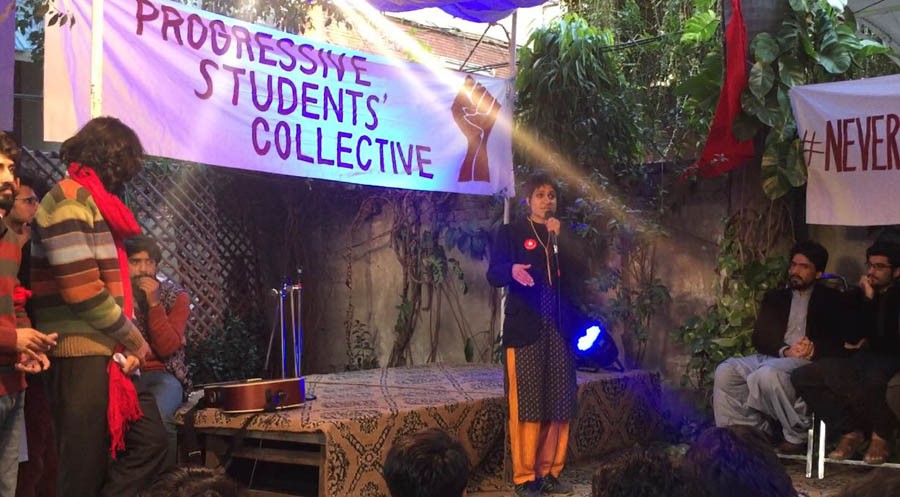 Growing up, listening to the stories of violence and hegemonic repercussions by particular student groups in academic institutions accompanied by an apathetic condition of educational setup always perturbed me.

In Pakistan, students are known to have been the vanguards in campaigns for social justice, civil liberties, and national sovereignty. However, for the last three decades, these vanguards of social change and justice have transformed into the scattered, alienated, and abandoned mass because they have been kept out of the political, social, cultural, and economic fiber of the country.

Consequently, cutting students out of the larger socio-political frame and snatching their capacity to direct change in national issues have reduced them to hooligans sloganeering in rallies for leaders who offer nothing in return but contempt and disregard.

Narratives have been constructed in a way that it seems a tough job to convince even an ordinary/apolitical student that being a student activist is less about violent tendencies towards the outer world, but more about unity, compassion and a desire for collective change.

However, over the past one year, campuses in Pakistan have seen a renewed sense of agitation: be it the soap movement in GCU, Lahore, or remitting the basic rights in its hostels or persecuting the harassers through organised and systematic channels, or the protests for issuance of HEC recognised degrees in FJMU, BZU, and Imperial College, or the struggle to get basic rights in QAU or UET Taxilla. The students have collectivised for their own immediate demands and won against the state and the university administration.

A contributor to this struggle of student movement, the Progressive Students’ Collective -- an independent student organisation -- recently inaugurated their office. It was heartening to see a big gathering of social and political activists, progressive poets, academics, journalists, and students from diverse ethnic backgrounds and different institutions to celebrate the inauguration.

The event started with a review of the achievements of the PSC, followed by speeches by the students explaining the importance of students’ activism around progressive lines and the imperative need to organise expansively. To attain this purpose, it was decided, formation and existence of student autonomous units on each campus is necessary which should be connected with each other in form of alliances that coalesce on broader principles.

It was also pointed out though different activities how the discourse has been systematically stifled and the Zia-era, state-sponsored fundamentalist forces, comprising rightwing student groups and their patrons in the faculty, which hegemonised the campuses, have not withered away and still yield a considerable influence on campuses. Besides, in the absence of a concrete political and ideological alternative, these forces exercise considerable ideological sway over the scattered, alienated and disarrayed student body.

Today’s student is confronted by a deepening crisis of education, an apathetic state, an ailing society, and a dismal future. Organised, autonomous and progressive student bodies that are able to channel this angst among students remain non-existent.

The event was led forward by a theatrical performance, Tu Zinda Hai. The play revolved around the multi-faceted nature of oppression on women, workers and students, exclusively highlighting how students went from agitating for more inclusive, extensive, and responsible educational infrastructure to being ‘a thousand competing for a hundred’ seats.

The performance also highlighted the emerging issues for female students on campuses that include harassment, hostel curfews, the absence of basic facilities, and discrimination in class rooms and departmental societies.

Aamna Shahid, a student activist, said that "Fascism, as a political force, inherently entails patriarchy. So, challenging the fascist forces on the ground essentially involves challenging the patriarchal narratives and structures being propagated. Therefore, we need to build and introduce an integrated and creative strain of feminist politics countering the ideological hegemony of right winged elements."

To re-energise the audience, there was a mushaira and musical performances. There were chants of slogans, "Student power zindabad!" and "Tulba kia maangain? Azaadi!"

However, it was made clear that the student power doesn’t imply the exercise of power by a certain group of students. On the contrary, it is the power that originates from the students as a collective which they assert for themselves and for the future of society.

The event ended with the commitment among students to build a non-violent and creative campaigns towards the greater democratisation of campuses -- inclusion of students in academic and administrative committees so that they can exercise more control over their campus space and reform these by becoming sites of critique, discourse, and knowledge instead of producing ills of the society.