"True nationalism is not about hostility towards the other" 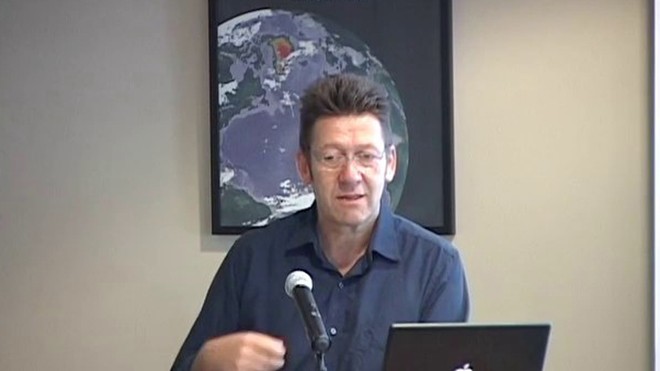 After three wars and seven decades of animosity between the two countries who share culture, border and even origin, Pakistan-India relationships are still oddly confusing. It is ironic how the two nations have all the common ingredients to bind them together as peaceful neighbours, but there’s certainly more that prompts them to keep their daggers drawn, almost always. These elements are so deeply welded in our belief systems that to begrudge the other almost comes in parcel with our perception of nationalism and patriotism.

In the wake of Uri attacks, we witnessed India rage not only with a nationalist furore but with a strong anti-Pakistani sentiment that even swept Bollywood away in its tide. Hence, to understand the stereotypes of Indian nationalism, communal dynamics and the future of the forever dysfunctional Indo-Pak relationships, TNS talked to Dr Thomas Blom Hansen, Director of Stanford’s Centre for South Asia, who was recently on a visit to Habib University, Karachi.

The News on Sunday: How far do you think the ideals of nationalism differ or are similar in India and Pakistan?

Dr. Thomas Hansen: There are certainly more differences than similarities, primarily because two principally different set of ideals operate behind the mechanics of the two countries. Where India started off on classically Nehruvian ideals of unity and diversity with a very strong commitment to what secularism means, Pakistan identified itself with its religious identity. This didn’t necessarily mean Islam as a religion but Islam as a culture. As for the similarities, both the countries have, over time, experienced the growing strength of regional identities. And so it’s safe to say that the way the governments are made and unmade are strongly determined by these very identities.

TNS: If this is true, what does Modi’s rise to power tell us and what ideological identity does it apparently reflect?

TH: I always say there’s a phenomenal misrepresentation of India. When Modi got elected, a common narrative was that India had now finally embraced its true Hindu-extremist ideology. But I don’t think this is true. The upper class which makes about 20 per cent of Indian population is very well articulated and educated, and dominates all institutions and public life and then 40 per cent of the pie are Muslims, Dalits and Tribals. Hindu nationalist government was elected by only 31 per cent popular vote which boils down to 22 per cent of the entire Indian population. This definitely doesn’t represent India, which is why I say Modi is not going to last.

Modi’s reign has emboldened the whole bunch of vigilantes who routinely get away with spreading communal violence, because there’s enormous pressure from the government not to report such incidents.

TNS: Many call Modi’s reign the golden of age of India, why do you still think India will not choose him back?

TH: Modi may be re-elected because of a credible lack of opponent but so far he hasn’t done anything substantial or popular that’s worth any mention. No structural barriers and contradictions in the Indian economy that have long existed have been resolved. In fact, Modi’s narrative is much similar to that of Trump’s. Both claim to have come from outside the system; hence both are clean and untainted by the apparently corrupting power of the system. Yet it’s not true for both. Because both these individuals are supported by the biggest business interests in the country. And so of course none of them are going to change anything radically because none of their major sponsors is even remotely interested in fixing many of the structural problems, primarily because they benefit from these very problems, crony capitalism as it is called.

TNS: How has the active presence of RSS and Modi-led extremist government impacted the communal dynamics in India?

TH: It has definitely affected the communal dynamics. One is the rise of Hindu extremist elements. Modi’s reign has emboldened the whole bunch of vigilantes who routinely get away with spreading communal violence, because there’s enormous pressure from the government not to report such incidents. This is why these numbers are highly politicised and you can never ascertain the legitimacy of these numbers. However, even underreported, these numbers have tremendously gone up.

The other thing is it creates an atmosphere where the minorities are simply afraid or not coming out to speak for themselves. Hence, what look like communal harmony is also communal fear. This is what RSS and BJP always wanted to show to minorities -- their ‘rightful’ place in this country by shutting them up. The common sentiment is that such attacks are targeted towards Muslims alone.

However, what is a less observed fact is that even incidents of violence against Dalits have also gone up. These acts are emboldened by the dominance of Hindu nationalism that is supported by upper class Hindus who support them entirely.

TNS: Is it true that the rabid anti-Pakistan rhetoric has gained popularity during Modi’s regime?

TH: The anti-Pakistan rhetoric is not invented by BJP. The most anti-Pakistan rhetoric India has ever seen was Indira Gandhi, who was also one of the most progressive in terms of domestic policies. She was famously paranoid about the danger of "the foreign hand" and that justified her clamping down on the opposition.

Let’s admit there has been a remarkable consensus in India, both between left and right, on foreign policy with Pakistan and defence expenses. There can be differences in details but the key elements of Indian foreign policy and especially Kashmir issue is systematically the same. And that rhetoric is not going to change, whether Modi stays in power or not.

It’s ironic that with this raging gung-ho nationalism, the redemptive chances for Pak-India relations are abundantly slim. The politics of demonising the neighbours and minorities has fared well for decades for the fanatic elements in India, who have abused the idea of nationalism to turn people against each other. True nationalism, however, doesn’t have to be packaged with hostility towards the other; instead it thrives in knowing where one comes from, the values cherished as a nation and taking immense pride in one’s national identity.

Let’s hope, one day it starts making some sense to people.

This article was published in The News on Sunday on March 05, 2017 under the title "True nationalism doesn’t have to be packaged with hostility towards the other".

"True nationalism is not about hostility towards the other"