In memory of Wahid Bashir

A journalist and a trade union leader and a common struggle 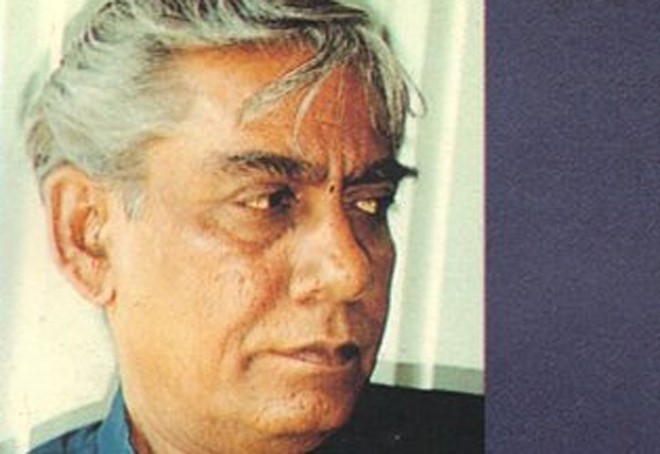 Though I knew eminent trade union leader and journalist Wahid Bashir fondly called Wahid Bhai since my student days, the real interaction with him came when I started writing for weekly Al Fatah, a left-wing pro-Chinese magazine. Then I joined Soviet Press and Information Department in July 1973.

My father Syed Mohammad Wasi, who graduated from the prestigious Forest College Dehra Dun with honours, was sacked by the Pakistan People’s Party government without assigning any reason and, he being the sole bread earner, we started starving. Eminent anthropologist and historian Syed Sibte Hasan, who was President Pak-Soviet Friendship Society, summoned me in his EFU office where he was Director Public Relations and wrote a letter to the Consul at Soviet Press and Information Department, Dr Blinov, and asked me to go there. He said, "Journalism is a technical job but try your luck."

Blinov read the letter and said, "Very strong recommendation!" But, he said, there was no vacancy at the moment and promised that he would call me as soon as there was a job. After around three months, he sent my friend Inayat Kashmiri to my house who worked at the Soviet Press and Information Department as a translator. I was asked to write something. That was sort of a test. I used to regularly read World Marxist Review, an organ of world communist movement published from Prague. A detailed article on world trade union movement was published in the magazine. Based on that article, I wrote an article on trade union movement and went to weekly Al Fatah and handed it over to Shaukat Siddiqui who was editor at that time. He made it a cover story.

Wahid Bhai used to work there. Next day, Blinov called me to his office and said, "How you did it? It’s an anti-Soviet magazine and we tried our level best to get something published there but in vain." I narrated the whole story. My salary was raised from Rs 600 to Rs 800.

The timings at Soviet Press and Information Department were from 8am to 2pm. I would go to Pakistan Institute of International Affairs (PIIA) and study till 8pm. I would also read backgrounders at my office and then write articles in accordance with Soviet foreign policy in those days. Wahab Siddiqui had become the editor while Shaukat Siddiqui became editor daily Musawat. Irshad Rao who now works at NUST, Islamabad, was the proprietor of Al Fatah.

Though Wahid Bhai sometimes differed with my pro-Moscow leanings, he would publish my articles and give them prominence. Wahab Siddiqui and others called him ustad out of respect. He was a very simple man and had been amongst Bara Imams of the 1964 student movement.

During the despotic rule of military dictator General Ziaul Haq, Rao launched a movement against the dictator. A student leader and a central committee member of the underground Communist Party of Pakistan, Nazir Abbasi, was tortured to death. Some comrades came to my house at C-1 area Liaquatabad and said this news need to be published. I went to Al-Fatah and asked Rao to pass it on to the BBC correspondent in Islamabad. BBC carried the news and thus the lives of other imprisoned people were saved.

While I was sitting with Wahid Bhai and other comrades at Al-Fatah’s office an idea struck me. We rang Begum Nusrat Bhutto, then Chairperson PPP, to issue a condemnation statement on the brutal murder of Nazir Abbasi. Nusrat Bhutto said make a draft and read it out on telephone. Sharif Ali, a relative of Wahid Bhai and a well-known communist leader, made the draft and it was read on telephone. Nusrat Bhutto agreed to it and it was also relayed by BBC. Sharaf Sahib, Irshad Rao and Wahab Siddiqui were rounded up and Al-Fatah was banned.

Wahid Bhai joined Business Recorder where I too worked with him in 1988. Later Wahid Bhai, Hasan Abid and other comrades established Irtiqa, a research publication that is now well established. Wahid Bhai was on the presidium when the top leadership of the Communist Party of India visited Pakistan and a meeting was arranged in Karachi.

During the mass agitation in the early 1970s against the ZAB government when many industrial workers were fired upon in Landhi Korangi industrial area and Sindh Industrial Trading Estate, Wahid Bhai played a vital role along with trade union leader and journalist Rauf Warsi.

His wife too was involved in left-wing politics from the very beginning.

Despite many odds, he ensured the best education for his children and his daughter became a surgeon. He was also President Karachi Union of Journalists and played a vital role in the journalist movement during the despotic rule of General Ziaul Haq. He was always kind to his young colleagues and I never saw him frown.

In the death of Wahid Bhai, Pakistan has lost one of the best trade union leaders.

In memory of Wahid Bashir