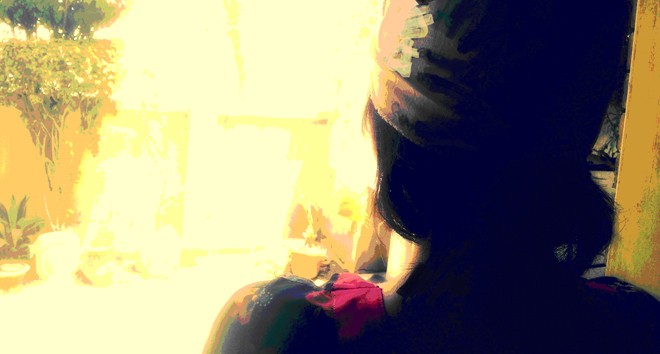 "Never look back unless you are planning to go that way."

Regrets. Things we did that we shouldn’t have done and others we didn’t do at all that we should have. All of us have those. Some have a few regrets in their lives while others carry a bulk load of them.

Regrets don’t mean a thing on their own, it’s the meaning we give them that alters our lives. I for one have no regrets. There is nothing in the past that I’d like to change. If I were ever to come across a time machine, I’d without a doubt travel into the future and never even think of the past because no matter how bitter it may have been, I’d never have it any other way. For the past is what makes me the person I am, who isn’t great but is way better than the person who I used to be.

All of us make decisions that we come to regret at some point in our life. Most of us tend to beat ourselves up for being so reckless and decide clinging to the one thing that went wrong because of a certain mistake that was made along the way. We then try to avoid any situations that put our smartness or our ability to make the right decisions to a test. We avoid making decisions at all instead of pondering over what actually went wrong and learning from the mistake that we made. It is all but convenient to regret and give up. What takes courage is to own it, think of what went wrong, promise yourself to not repeat the same mistake and then, perhaps, slap yourself once or twice before carrying on.

What is done is done. It’s time to learn from what happened and then shun the thought away. After gaining the required experience from it, the whole thing ends up being nothing but useless, non changeable past. Thank the whole experience for making you grow as a person and be on your way. What took place was meant to happen, only to make you learn from it and help you prepare for a dozen more that is to come. Paulo Coelho says in Brida, "When you find your path, you must not be afraid. You need to have sufficient courage to make mistakes. Disappointment, defeat and despair are the tools God uses to show us the way."

Mistakes and regrets, if nothing else, give you wisdom. Where do you think all that smart talk of our grandmothers and grandfathers comes from? They did things in life that they regretted which made them learn and allowed them to save us from making the same mistake they did. They are nothing but proud of their experiences as they sit us down to tell us the story.

To think of it, the thing they regretted at that moment became a life’s lesson for them and for their future generations. So what’s the regret in there? One mistake prevented hundreds of mistakes. It made the person and his generations wiser.

The basic thought I wish to convey is, don’t regret the things that you did, learn from them. Make your experiences useful. Take out a lesson from them and go on living your life as a smarter and better person. Mistakes give you the experience of life. Regrets hold you back and prevent you from moving forward. All the silly and bad things you did, they are going to stay there, it is up to you to carry the whole thing with you or to pick out the lesson from it and carry that lighter weight around with you forever.

The experience you gain from all the mistakes that you made is like the scars a soldier bears from all the times he was wounded in a battle. Instead of crying and giving up because of the pain, he chooses to wear those scars as his armour for times to come. He keeps them as a reminder for the times he survived and now how he ought to fight. He learns those lessons and continues to move forward. Well, then, why shouldn’t you?