Here is a brief description of some prominent ones…

Woman’s day is celebrated to commemorate all women who have been doing distinguished work in their respective fields. In Pakistan, female artists are getting recognition on national and international level owing to their great work. On the occasion of Women’s Day, You! pays homage to all the brave female artists, art educators and art critics who have been playing a big role in promoting art in Pakistan. Here is a brief description of some prominent ones…

Salima Hashmi is an outstanding artist, art educator, activist and art critic of Pakistan. She taught for 30 years at NCA and served as principal for 4 years. After shaking hands with NCA, she joined BNU, taught there for 14 years and retired as Professor Emeritus. Hashmi has greatly influenced the contemporary art history.

Known as a bold, fearless, vocal and confident lady, Hashmi’s art has also been commenting highly over the sufferings of women under a male-controlled society. Her canvases have always been emitting powerful abstract imageries of females provoking a dialogue, and other series would ignite a discussion over the uncertainty in Pakistan which were also the shadow of her thoughts. Her works sometimes appeared politically charged and why not as she is the daughter of the famous poet of sub-continent, Faiz Ahmed Faiz, who was not only famous for his poetry but his political ideology too. She firmly believes that the cultural cavity and vacuum should be filled, and to do so, she introduced Rohtas Gallery which is an extension of her long span experience and gives emerging artists a platform to help them make their voice as an artist. Being the receiver of Pride of Performance, Salima Hashmi is an asset and significant force of Pakistan.

Marjorie Husain is a prominent figure in the art scene of Pakistan. She is a British artist who moved to Pakistan in ’60s after getting married to Hamid Husain.

She was pursuing her career as an artist; however, in no time she became a renowned art critic of the country. She lived in the country from 1960s to 2019 and played a crucial role in promoting Pakistani art on national and international level. She has countless awards to her credit, curating shows on international and national level. She has not only contributed to the art scene by curating shows, as an artist but also she has a big share in writing art books on artists, articles on the arts, documentation and achieving for decades. She always stressed over the need of documentation as she often lamented that there is lack of archiving and documenting Pakistani artists and country’s history.

She moved to London in 2019 when her husband departed from this world.

A renowned media person, Fawzia Naqvi is a well-known and respected figure in the art world. She has a deep passion for the arts which impelled her to introduce the first contemporary online art magazine, Art Now Pakistan, that gives a critical insight into the contemporary art.

She serves as the Editor-in-Chief of Art Now Pakistan and since its inception; she has aimed to promote the arts in Pakistan through her magazine. The magazine is widely respected for its valuable content being published every month and quarterly in the print which covers national and international art events, biennales, talks and shows.

Naqvi, as an art enthusiast, has endorsed the arts and artists and to continue to do so she has organised countless art events, art talks, panel discussions on national as well as international level. Coming from a journalism background as a senior media professional, she has nurtured her magazine with her profound knowledge and experience. She has also previously been the Publisher and Editor of Zameen Publishing, UK, and has worked at South Magazine, New York. She is also the Board Member of the Lahore Biennale Foundation. Having numerous awards to her credit, she has played an essential role in for the documentation and archiving of the history of art and artists through her magazine by producing invaluable content on the arts.

Wearing many feathers in her hat, NiilofurFarrukh is a veteran art critic, author, art historian and cultural interventionist. She was the founding editor of ‘NuktaArt’ magazine.

Throughout her career as an art critic, Farrukh has used her columns and writings to raise voice for the freedom of expression and to highlight crucial art concerns. She is the co-founder of ASNA, a not-for-profit organization that addresses the rupture between contemporary art and traditional craft in South Asia.

Internationally she has been involved with AICA and has served as the President of the Pakistan Section of Paris-based Art Critics Associations and also as Vice President on the Board of Aica Int. She has extensively written on art in national and international newspapers, and magazines to bring art into mainstream cultural discourse. She is an advocate of art in public spaces and has proactively worked to build a public audience for art. As the Managing Trustee of the Karachi Biennale Trust and CEO of Karachi Biennale, Farrukh has been instrumental in organising two major biennales in Karachi.

Farrukh has edited numerous books that include Pakistan’s Radioactive Decade, (2019) and is the author of ‘Pioneering Perspectives’ (1996). Her most recently edited book is A Beautiful Despair: The Art and Life of Meher Afroz. Celebrated as an eminent art thinker and art activist, Niilofur Farrukh is one of the women professionals whose mission is to keep Karachi creatively and culturally charged.

Qudsia Rahim completed her Bachelors from National College of Arts and Masters from Alfred University and right after her Masters she started her career in art academia.

She began teaching at Alfred University and also served at NCA as an Assistant Professor as well as serving as curator of its Zahoor-ul-Akhlaque Gallery. She has independently conducted noteworthy research driven exhibitions that offered important original insights including Stet, a contemporary art exhibition at the Lahore Literary Festival 2014.

She is one of the driving forces behind the Lahore Biennale Foundation and setting up amazing biennales; LB01 and LB02. Being the Executive Director of LBF, Rahim aims to take art to the public sphere, reaching the general public and bring art out of the walls of galleries and institutes. The veteran artist and curator served the art community with her excellent skills that helped explore the literal meaning of a biennale. From LB01 to the recent LB02, she promoted art not from region to region but worldwide too.

Riffat Alvi graduated from Karachi School of Art in 1973. When one hears the name of VM Art Gallery, the face of RiffatAlvi comes in mind, not because she has been the Director of the Gallery since decades but because of her devotion as an artist to provide the emerging artists a platform to make their names in the art world.

A veteran artist, Alvi is a renowned name in the art fraternity. She is a ceramist and widely known for her earth pigment techniques which she learnt in Zimbabwe. She explored and studied the colour of Pakistan’s earth and of other countries and used natural earth pigments as colours in her work. Heavily textured, powerful and commendable art pieces bravely and courageously comment over the political ambiguity in Pakistan. She has been a driving force in producing many renowned artists in Pakistan who flourished under her mentorship.

An art educator, critic, sculptor and honoured with so many titles attached to her name, Durriya Kazi is a very-well-known name in the art world.

Her art practice is a response to the politics of culture and society, her surroundings and sometimes it appears as a personal conversation. Over the span of her career as an artist she sees her work as a personal diary which became deeper in terms of its meaning and greatly layered.

Meher Afroz is a well-known artist not only in Pakistan but all over the world. She completed her under grade degree from the Government College of Art and Craft Lucknow in 1971.

She migrated from Lucknow, India, in the year 1970 and experienced displacement which highly affected her art. She struggled as an artist to get settled in her new home Pakistan and chased her dreams to become who she is today.

She turned her migration experience, displacement and despair into strengths which empowered her as the time passed by and she out-shined other artists of her generation. Meher remained a prominent artist and a mentor throughout the years. She has been speaking about woman’s right to education and equal rights through her art. She has raised feminine issues in completely unusual ways. The rich layers to her works, depth of introspection, use of Urdu poetry, hues, textures, subjects are the elements which are naturally get veiled by and embedded with melancholy. Meher won Pride of Performance in 2014 for her commendable art trajectory and invaluable contribution into the arts.

Delhi born and known as the trend setter of her generation artists, Nahid Raza is a big name in the art world.

Her art advocates for woman’s rights and equally, she draws her legacy from her personal experience of life which she beautifies with her dexterous strokes and presents the bits and pieces of her personal narrative in the most extra-ordinary way.

Raza is an admirer of women as she believes that a woman is like a flower and each petal of this flower is like a role she plays in her life; a mother, daughter, sister, wife, daughter-in-law and what not.

The expressions of these females change with her each series because Raza just doesn’t paint females as a subject but her art comes from her soul thus the paintings reflect pure emotions, expressions, freedom and sometimes seek justice. She was the Principal of the Central Institute of Art.

Never halts to inspire art students and established artists. Nahid Raza is a guru of many and her vast catalogue has won her Pride of Performance in 2007. 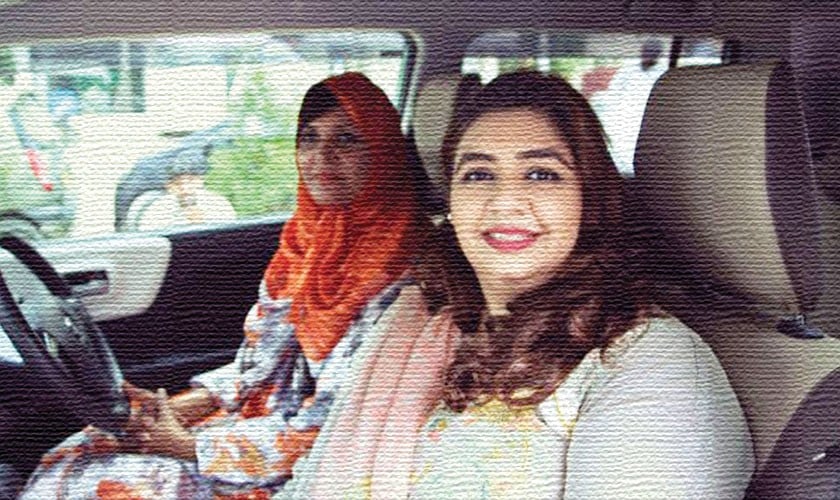 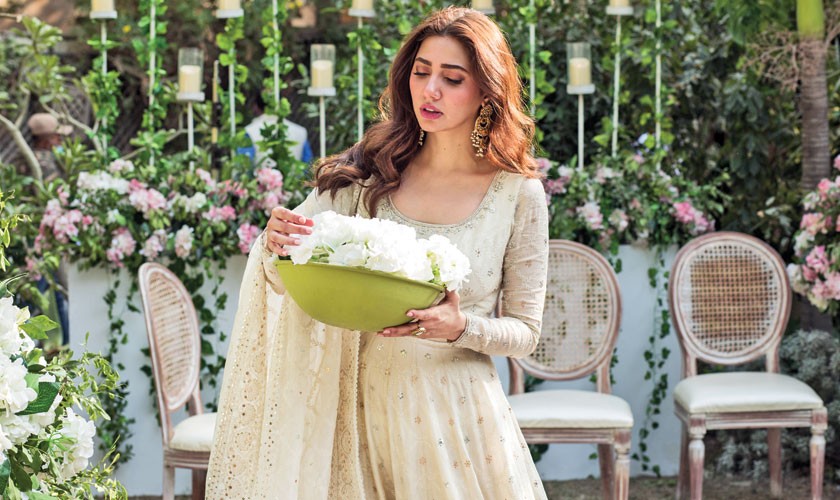 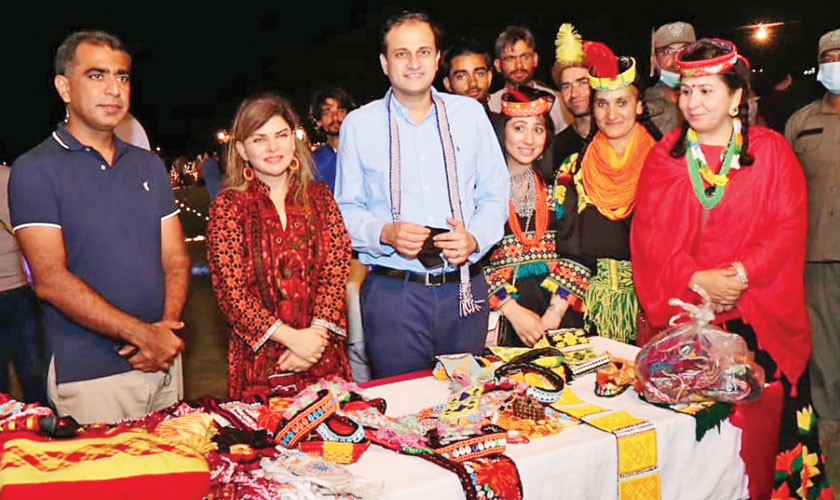 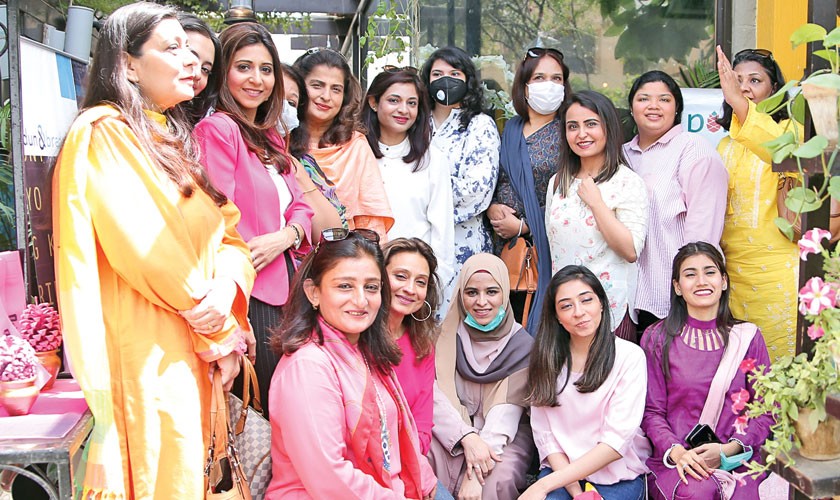 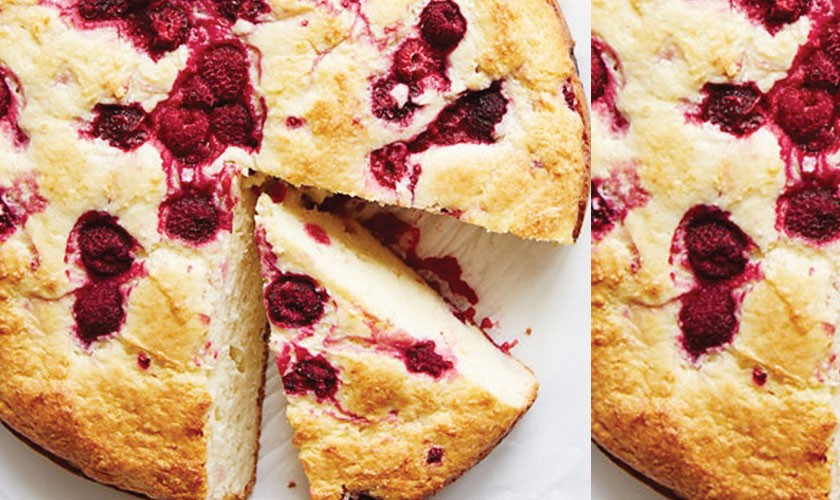 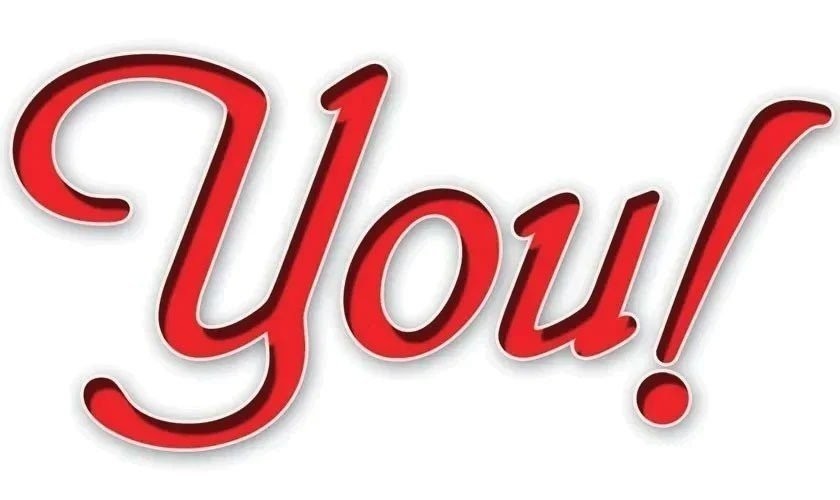 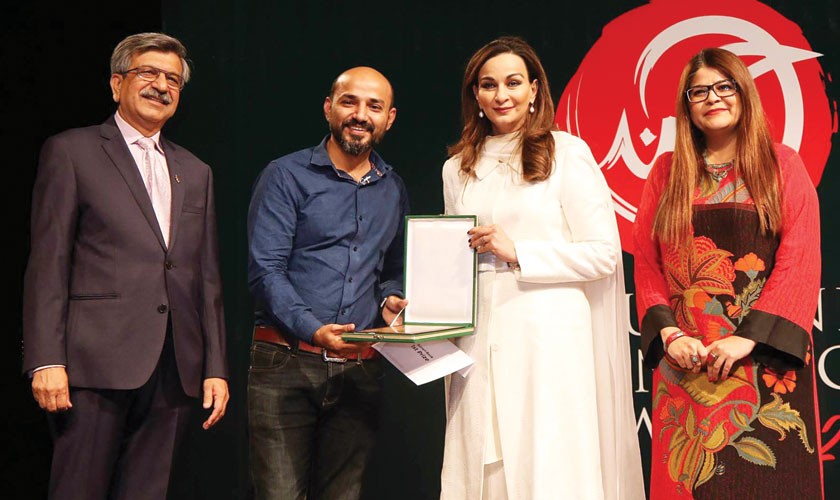 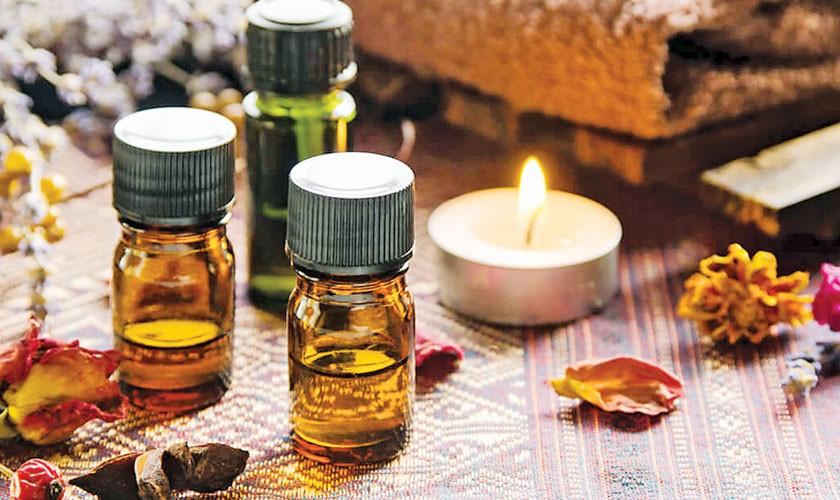