US
By Saba Sheikh

Footprints of Partition is Anam Zakaria’s first book. It was the result of an oral history project initiated by Citizens Archive of Pakistan.

Book: Footprints of partition: narratives of four generations of Pakistanis and Indians 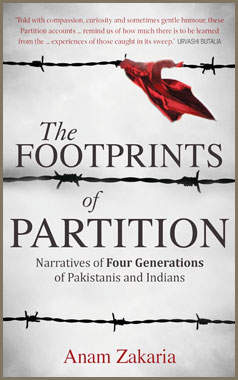 Footprints of Partition is Anam Zakaria’s first book. It was the result of an oral history project initiated by Citizens Archive of Pakistan. The book is divided into four sections: Azad qaidis, When home is elsewhere, A museum of memories and Bharat se rishta kya. There are about 15-17 interviews. This book is a thoughtful and sensitive analysis investigating pre- and post-partition events; Zakaria interviewed four generations of Pakistanis and Indians regarding the events that led up to partition.

The honesty and integrity of the book lies in the fact that Zakaria presents the accounts as they are without any political, religious or national biases. She does not mock nationalism or question the events that led to the formation of Pakistan, believing that partition was an event too complex and multi-layered to be neatly packed into categories of hate or friendship, rescue or violence.

Furthermore, she is not afraid to explore the brotherly bonds that existed before partition and how they evolved after it - an aspect some historians ignore. It is a tribute to the untold and long-forgotten stories of friendship and all the sacrifices. One such example is that of a Muslim man who was raised by Sikhs. She also mentions people who, irrespective of the border dividing them, still try to remain in contact with each other. 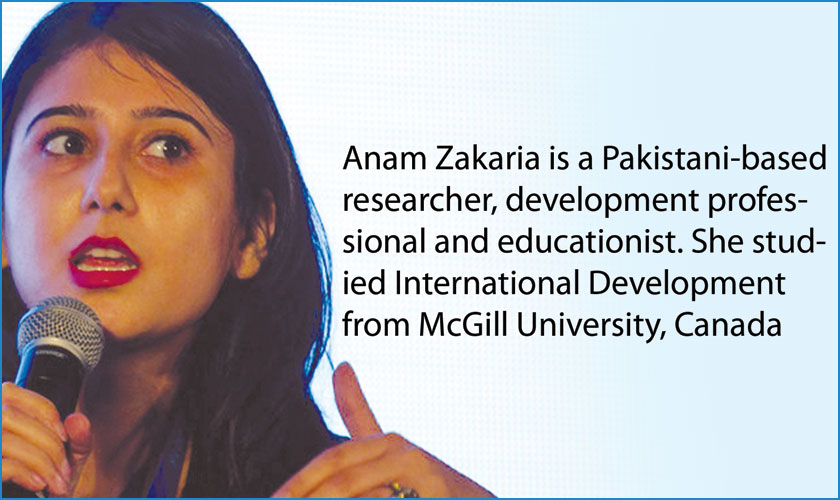 Another aspect that has been highlighted is the projection of hateful content on mainstream media and in textbooks used by most schools. Zakaria notes how the portrayal of Hindus, Muslims and Sikhs as viciously violent enemies has sowed the seeds of hatred, fear and disgust in the minds of young children. Due to this, the newer generations are more agnostic towards their neighbouring country than their ancestors.

Simultaneously, Zakaria addresses the shortcomings of collecting oral histories. She accepts that it cannot effectively cater to the many regional diversities as there are limited interviewees from the western side of Pakistan and from the first generation of Indians.

This book is a must read for all Pakistanis and Indians, especially those who would like a window to peer into the hearts of those people who witnessed partition.

Shah Shapur II: believed to be crowned before birth