Dr Ikram-ul-Haq, a leading tax consultant, in a write-up says, “The problem of tax evasion and black money in Pakistan has always been a serious challenge to the state.

Dr Ikram-ul-Haq, a leading tax consultant, in a write-up says, “The problem of tax evasion and black money in Pakistan has always been a serious challenge to the state. Successive governments have tried to appease the tax evaders through various amnesty schemes, but none succeeded to achieve this objective. All such schemes failed miserably and black economy continued to grow rather than showing any decline.”

The government has yet again announced an incentive scheme for small and medium traders for bringing them into the tax net. According to the draft of the scheme it would be applicable to traders from tax year 2015 till tax year 2018, where the working capital is Rs50 million or less and the trader is neither registered nor a filer. The approval for the scheme would be taken from the parliament. 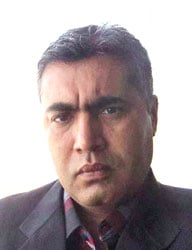 This amnesty scheme is a result of negotiations between tax authorities and traders that were started on the directives of Finance Minister Senator Muhammad Ishaq Dar in July 2015. The introduction of Section 236P to the Income Tax Ordinance, 2001 through Finance Act, 2015 was one of the major reasons behind initiation of these discussions.

Under the new provision, the non-cash banking transactions above Rs50,000 (either single transaction or cumulative transactions) in a day are subject to withholding tax at 0.6 percent (at present it has been reduced to 0.3 percent, valid up to January 31, 2016), but only on non-filers of income tax returns. The trade community had strongly reacted to this measure, as it was only those persons who are dodging the tax authorities and remained outside the tax net, who kept themselves away from mandatory requirement of income and asset declarations.

In their country-wide protest against the levy the traders threatened to boycott the banking transactions. To some extent they exercised as well, which resulted in a nominal decline in the deposit base of banking system early this fiscal year. The banking deposits were at Rs9.14 trillion on June 30, as the withholding tax rate was implemented from July 1, 2015. The deposit base fell to Rs9.106 trillion by the end of July 2015 and further eased to Rs9.02 trillion in August 2015. However, it started to grow in September to Rs9.021 trillion.

In the backdrop of this levy, parallel banking was also taking place. Especially at the wholesale stage as big retailers started payment on ‘purchi’ (chit) system, under which payments were made on merely a piece of paper. This informal transactions base reportedly reached billions of rupees.

Some studies estimate that 1.5 million retailers and wholesalers in the country pay only one billion rupees annually as income tax. The major reasons for lower contribution are concealment, non-documentation and tax evasion. In 2011/12 the contribution of this sector towards GDP was 17.3 percent, but the tax contribution by the sector was a meagre 0.05 percent in the same year.

In order to reduce the gap, the Federal Board of Revenue (FBR) for the last many years attempted to bring this sector into the tax net, yet all the efforts resulted in failure due to strong and influential lobbies.

Calculating black / informal economy is very difficult in a country like Pakistan where people prefer to keep themselves out of the tax net by dodging the tax authorities and keeping business in hiding. The available estimates of Pakistan Institute of Development Economics (PIDE) revealed in 2005 that the informal economy in the country is around Rs2.91 trillion and Rs3.34 trillion (54.6 percent of GDP to 62.8 percent of GDP, respectively). The report estimates tax evasion ranges between Rs302 billion and Rs347 billion (5.7 percent of GDP to 6.5 percent of GDP). The calculation shows the country could have a budget surplus in that year when the deficit was around 3.3 percent of the GDP.

The FBR, as the tax collecting authority has failed so far to document the economy and increase the taxpayers’ number to a desired level. The country with a population of 180-200 million has only 3.6 million income tax registered persons. The situation is further disappointing when considering the number of income tax return filers, which reached one million in Tax Year 2014 against 0.7 million filers in Tax Year 2013.

Coming back to the latest amnesty scheme, traders are exempted from audit sections of 177, 214C and 214D for four consecutive tax years from 2015 to 2018.

The amnesty schemes have always been discouraged by tax experts as such are disincentive for honest taxpayers. The tax reform commission constituted by the finance minister in its report said, “After every other year, the rulers announce a tax amnesty scheme to prove that the honest taxpayers are just ‘idiots’.”

It is evident that the compliance level by retail and wholesale sector was dismal when comparing the contribution of this sector towards the GDP and payment of taxes.

A report of FBR issued in April 2013 mentioned that departmental efforts were not at the required level. “Had there been proper monitoring and enforcement, the compliance level would not have declined,” it said.

The reason behind this decline can be attributable to weak enforcement and audit and monitoring by the department, the report clearly explained that the latest amnesty scheme was introduced due to the weak system of the FBR itself.

The report notes the six-year period (2005-2011), which analysts attributed as economic slowdown, can easily be gauged as the opposite by visiting shopping malls, where people shop like there is no tomorrow.

The report further noted that sales and revenues of food and consumer goods companies listed on the Karachi Stock Exchange have grown more rapidly during 2005 and 2011 as compared to other listed companies during the same period. The annual profits and sales of large and famous companies are in billions, and as a whole the profit of the sector must be lucrative and very high, so why was the income tax contribution meagre? Apart from the existing tax rates and law, just for the sake of a rough estimation, if current 1.5 million wholesalers and retailers on average, pay Rs10,000 income tax per annum and per establishment, the income tax collection would stand at Rs15 billion per annum.

The data collected from the local markets through a small survey also indicates huge profits earned by the small vendors doing businesses without regular shops. According to the estimation, their annual income in most of the cases reaches the taxable limit of Rs400,000 but they hardly pay any tax.

As per the present situation the government has to take stern action against tax evaders instead of luring them for whitening of money at nominal rates. The FBR should also ensure true sales declaration by manufacturers and also create deterrence against flooding of smuggled goods.

Since the amnesty scheme was introduced through a presidential ordinance and the government will take this for parliamentary approval. It will be a real test for all the parliamentarians to support or oppose the scheme.