Regardless of the length of time of association, it has always been an emotionally excruciating experience and pain, for me, whenever, a colleague decides to leave the organisation. The only exceptions have been where integrity was at play or doubted upon. Saying good-bye for good is indeed a grueling task, more so, when there is a deep sense of attachment, with the leave-taking colleague.

Regardless of the length of time of association, it has always been an emotionally excruciating experience and pain, for me, whenever, a colleague decides to leave the organisation. The only exceptions have been where integrity was at play or doubted upon. Saying good-bye for good is indeed a grueling task, more so, when there is a deep sense of attachment, with the leave-taking colleague.

Saying good-bye is an art, it can never be science, for it relates to emotions, feelings and sentiments. Science requires exactitude and some specific measurement. The non-qualified elements in a relationship have no limitations, either of time or space. All organisations, genuinely or otherwise, make no exception, to refer to employees / co-workers, as part of family.

So, it is imperatively inevitable to sense a deep seated pain that rocks within at the departure of a colleague. In Hong Kong, it is customary and necessary for an individual to change jobs atleast once in 3-5 years, if not more; if any chooses not to do so, the environment considers him/her, as not marketable. In pursuance of this thought that to remain in demand by the market place, one necessarily changes or hop-jobs frequently. Spending a good time of my career in this city I had to undertake a major personality shift, of being able to accept that colleagues would leave and I do not have to be an emotional wreck, at their decision for adieu! I changed, albeit temporarily; old habits die hard, nay, they don’t ever.

So, if corporate entities core values suggest that employees are part of one big family, how should an organisation bid farewell to its constituents? Good Riddance of bad rubbish! Should this be the statement of farewell? If it regrettably is, then both the organisation and the individual have to equally share the blame for developing a culture with such base emotional quotient.

In taking-leave, the employee has expectations; so does the employer. The first and foremost requirement from the standpoint of an employee is that, respect must be visibly meted out to him/her. Insult or rebuke should not form to be the closing lines of a relationship. Employees of long standing expect that their farewell will be a decent send-off, inclusive of arranging a small gathering of the individuals in his work cluster, where the supervisor would say (no matter, how painful and sorrowful it would be for a nasty manager) words of appreciation and how much would the departing colleague be missed by him and the team. (The deceitful managers do this, day in and day out, without a whimper, since within they are celebrating and applauding the departure, no the banishment).

Employers, expect especially of those colleagues who are not departing at the expiry of contractual terms, but are leaving for better prospects, to give adequate time of notice, of their intent to leave. In leaving the organisation, it is expected that the employee would give honest feedback during the exit interview.

Most, yes, largely most, co -workers while serving the institution give opinion, on various issues of interest, with unbreakable fetters. They use non-committal communication; they are aloof and reticent. The opinion expressed is guarded and laced with a thick veneer of “I say so, with no risk or responsibility upon myself”. In contrast, a colleague who otherwise may have remained a silent spectator all through his stay, will explode like a nuclear bomb, in the exit interviews - a ticking time bomb goes off!

The lack of courage of decades suddenly ignites into an inferno; a volcanic eruption of blazing lava of complaints and cribs engulf the individual’s relationship with the institution. He/she sees nothing, except all that is wrong, with the organisation. The exit interview is taken as a last chance to spill venom that may have been under constant nurturing for years.

I learnt recently that a very senior officer in a financial institution upon expiry of the contractual tenor, spewed fire upon his boss and his predecessor for having ruined his career; the person I was told was an individual who had for 25 hours of the day (the mistake is deliberate, for impact) only the following words “yes, sir” dancing on his lips. Once let out of the cage of bondage, even a kitten acts like a tiger!

In farewell, there is always the option of exercising grace over accusations. While quitting any relationship, the only things to bring fore to the mind, should be the positive experienced over a time-scale; the negatives, if any must be expunged. All complaints must be buried under the tomb stone that must read, “here lies my whining complaints, alive till yesterday, but dead today”.

A demeanor of gratitude is all that is required in bidding farewell to a colleague. Gratitude preserves old relationships and procures new. It is unethical to point out flaws and faults with HR policies while leaving; courage is when such expression is made, whilst one is at work. No one should ever forget little kindnesses, and similarly no one should remember or be-labor to remind, small faults. Gratitude may be the least of virtues, but ingratitude is the worst of vices.

Honor changes manners. Treat a leaving colleague with respect and honor. Those who leave in good taste, remain steadfast to the vision and mission of the entity, with or without being a part of it. It is an ill-bird that fouls its own nest.

As managers, never measure colleagues in inches; good oft has a great share in a little house. The leaving co-workers will invariably be emotionally distraught no matter how financially secure he/she may be; during these days of vulnerability, the common denominator of engagement should be respect, trust and value. Anything less, will impair the sustainability of the bondage post departure.

Let no farewell be reminiscent of some vulgar revenge. To illustrate and belabor, let me construct a demeaning farewell speech delivered in honor of the outgoing Managing Director, by the new incumbent, “Today this organisation bids adieu to the person singularly responsible for the misfortune of many present here. This sordid ambitious, vain, proud, arrogant and vindictive knave”.

The leaving employee may have up his armour to portray the organization as treacherous in private, hypocrite in public; and devoid of good principles, if ever had.

All employers and employees must be extremely concerned of what they leave for future generations. Legacy is not only about leaving something upon death; it is equally applicable to any leaving an organisation. Leave with a head held high. This can happen only by virtuous behavior seen and exemplified in day to day work life; lip service to ideals, falls apart even before one’s exit from institution.

While taking the decision to quit and to make public such intent, an employee must imagine the farewell speech his/her colleagues may make on his funeral. Would they talk about which car model and make he roamed around, or the exquisite house he lived in …nay, they will all invariably speak about his demeanor, behavior, character and pattern of thought; and about how he treated colleagues, co-workers and team whilst he enjoyed unqualified power as their supervisor. Again, it is all about the non-quantifiable that the farewell will relate to.

The parting must convey swearing to each other- never to bad mouth each other; and that is mutual loyalty. Farewell’s must be gracious and graceful.

The writer is a senior banker and a freelance contributor 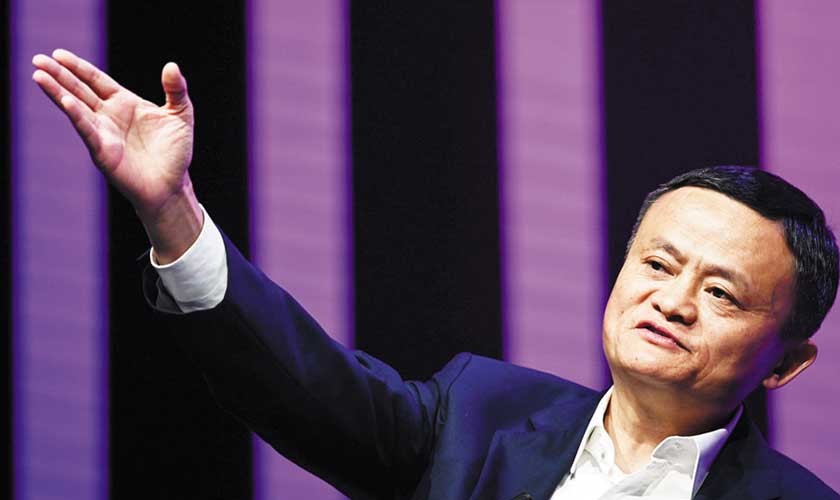