Pakistan Steel Mills (PSM), the only integrated steel mills in the country, remains shut amid the uncertainty whether it would be revived or run as a public-private partnership entity or divested and sold off as announced by the Prime Minister recently. To add to the confusion, Hammad Azhar, Minister for Industries and Production recently rejected rumours regarding privatisation of PSM and said that the steel mill would be run in collaboration with private partners.

Pakistan Steel Mills (PSM), the only integrated steel mills in the country, remains shut amid the uncertainty whether it would be revived or run as a public-private partnership entity or divested and sold off as announced by the Prime Minister recently. To add to the confusion, Hammad Azhar, Minister for Industries and Production recently rejected rumours regarding privatisation of PSM and said that the steel mill would be run in collaboration with private partners.

Two years have passed and the government is still indecisive about the once prized national asset. Daily production loss at home as per installed capacity coupled with billions of dollars spent by the country to import steel products, is a strange situation indeed. As on June 30, 2020, PSM had negative equity, accumulative losses of over Rs305 billion, and its current liabilities exceeded Rs290 billion.

The history of steel sector is equally disturbing. Soon after Independence, an integrated steel project was envisaged during the First Five Year Plan (1955-1960) period, to be developed by the Pakistan Industrial Development Corporation (PIDC). The project, namely Kalabagh Steel Mills, was proposed in 1955, to utilise indigenous Kalabagh (Chichali) iron ore, at Piran Ghaib (Multan), having initial capacity of producing 50,000 tons of steel billets annually. Basic ingredients to process the iron ore, such as coal, limestone and dolomite, are available in the vicinity of Kalabagh.

The project was based on the studies conducted by Koppers & Co (USA) and DEMAG (Germany) during the period 1949-1951, establishing the viability of using indigenous iron ore. Later, Krupp (Germany) confirmed feasibility of extraction of iron using direct reduction (without a blast furnace) Krupp-Renn process. During 1930s to 1950s there were over 60 installations in various countries using Krupp-Renn process for steelmaking. The project, however, was shelved by the then Finance Minister Syed Amjad Ali, whose family was engaged in import of steel from the US into Pakistan and setting up a steel mill in Pakistan was seen as a threat to the interests of his family as well as of the US where he was previously Pakistan’s ambassador. The Kalabagh steel project never materialised.

The first steel mill of Pakistan was thus, constructed at Chittagong (East Pakistan) based on imported raw materials, with annual production capacity of 150,000 tons of steel ingot to produce steel bars, steel sheets and other products. The plant was inaugurated by President Ayub Khan on August 24, 1967, and Pakistan Post Office had issued a commemorative postage stamp on January 7, 1969 when the plant achieved full production capacity. Chittagong Steel Mills, now of enhanced capacity, operates successfully in Bangladesh in the private sector.

Meanwhile, the PIDC (which was bifurcated in 1962 as the West Pakistan Industrial Development Corporation--WPIDC, and the East Pakistan Industrial Development Corporation--EPIDC) planned, in 1966, constructing a steel plant at Karachi in private sector to produce alloy and special steels of 20,000 tons annual capacity, known as Valika Steel Mills. After nationalisation of the industries in the seventies, it was taken over by the WPIDC/ State Heavy Engineering & Machine Tool Corporation (SHE&MTC). The world class alloy and special steel manufacturing plant was completed in 1975 with Japanese assistance. Currently, the People’s Steel Mills has an installed capacity of 70,000 tons per year, after technological and machinery upgradation undertaken by the government in 1996.

At the same time, the WPIDC continued geological exploration and investigations of Kalabagh iron ore deposits, in association with the Geological Survey of Pakistan (GSP), and confirmed deposits of the size of 213 million tons (Chichali type). The United Nations Special Fund arranged metallurgical process tests of the iron ore in November 1964 at a pilot plant (of 1,500-ton capacity) in Belgium, followed by a full-scale beneficiation on 15,000 ton ore in June 1966. Resultantly, Salzgitter (Germany), the world reputed steelmakers, agreed in the late 1966 to provide technical assistance to set up a steel mill based on Kalabagh ore, whereas the European banks offered to finance the project. Simultaneously, the German company also confirmed the feasibility of mini steel projects in Balochistan based on Nokkundi iron ore. These projects too could never take-off, but Nokkundi iron ore was used by the PSM in recent years.

There was no headway on Kalabagh project, however, until April 1968, when President Ayub Khan accepted the Russian offer to establish the proposed Kalabagh plant, and subsequently, the WPIDC signed an agreement with the Russians for preparation of a detailed technical and economic report on the project. In a dramatic move later, the Russians backed out from earlier commitment, and, instead, proposed a steel mill at Karachi based on imported iron ore and coal. It was a political decision, it is said. Accordingly, the WPIDC concluded an agreement with the Russian company in January 1969 for establishing the project, later known as Pakistan Steel Mills (PSM). To develop steel sector on an all-Pakistan basis, the PSM Corporation (PASMIC) was incorporated in 1973 with AR Faridi as its chairman, but it failed to achieve its objectives as it got involved in day-to-day affairs of the only project at Karachi.

Construction of the gigantic steel mills complex was started in 1974. It was primarily due to the dedicated and untiring efforts of Haq Nawaz Akhtar and Brig Ishtiaq Aziz that the PSM could be completed according to timeline. The first blast furnace was commissioned in August 1981, and the mills started commercial operations in December 1984. HN Akhtar, who also served as a federal secretary, was Finance Director during 1974-1978 and chairman during 1981-1984, while Ishtiaq Aziz served as the project director. During 1985-86, the PSM was operated at its full production capacity of over one million tons. Alas, such dedicated and patriotic professionals are never recognised by the country. HN Akhtar expired in July last year, but there was no mentionable news in the press or electronic media, perhaps for the reason that he was honest, upright and a man of principles, and did not belong to the other category of bureaucrats.

Today, we know only about the infamous and tainted Chairmen of PSM, like Sajjad Hussain, Usman Farooqi and Moeen Aftab, as the successive governments of the Pakistan Peoples’ Party (PPP) and Pakistan Muslim League-Nawaz (PML-N) played havoc with the largest industrial complex.

Their favourites were appointed in top positions. They were incompetent and corrupt. Obviously, the selection criteria were other than merit, and never a professional engineer was appointed as its chairman or chief executive officer. Usman Farooqi was picked up by the PPP government in September 1995 to head the steel mills. Earlier, while working as a general manager at the PSM in 1993, his degree was questioned and proved to be fake. His services were therefore being terminated, but his brother Salman Farooqi, who held important positions in the government and was a close associate of Asif Zardari, came to his rescue. Under Usman Farooqi’s chairmanship corruption was rampant and misuse of authority was the norm, while the tamed and toothless board of directors looked the other way. There was no accountability at any level. With about 21,000 regular employees, PSM was already over-staffed yet some 3,000 daily wagers were appointed on political considerations, who were later regularised.

Usman Farooqi, who served until 1998, was convicted by the National Accountability Bureau (NAB) in corruption cases of Rs1.6 billion involving deals at the PSM. Then, Abu Shamim M Arif, secretary industries and production held additional charge of the PSM chairman for about a year, and did improve the plant productivity and administrative affairs. The entity became profitable during 2000 to 2004 under the chairmanship of Lt Colonel Muhammad Afzal, having earned cumulative profit of Rs40 billion during these years. Privatisation process of the PSM was initiated by the Shaukat Aziz government in 2006 when PSM was at its zenith. The privatisation process was unsuccessful. Until the year 2007-08, PSM remained profitable having earned annual profit of Rs9.54 billion. Nonetheless, decline soon started and PSM accumulated losses of Rs100 billion during 2008 to 2013 that further rose to Rs138 billion by 2018, making it a non-going concern.

Ironically, there was no chief executive officer at the PSM during 2011-2014. During 2014-2016 Major General (retired) Zaheer Ahmed was appointed the CEO by PM Nawaz Sharif, but the conditions at PSM did not improve during his two-year tenure, in spite of availing an Rs18.5 billion bail-out package from the government. On the other hand, the production and financial crisis worsened, capacity utilisation was just three percent, and, subsequently, operations of the mills were completely shut down in June 2015 on flimsy grounds. The Sharif family’s bias against public sector and conflict of interest in steel business being well-known, the collapse of PSM was no surprise at all.

The writer is retired chairman of the State Engineering Corporation 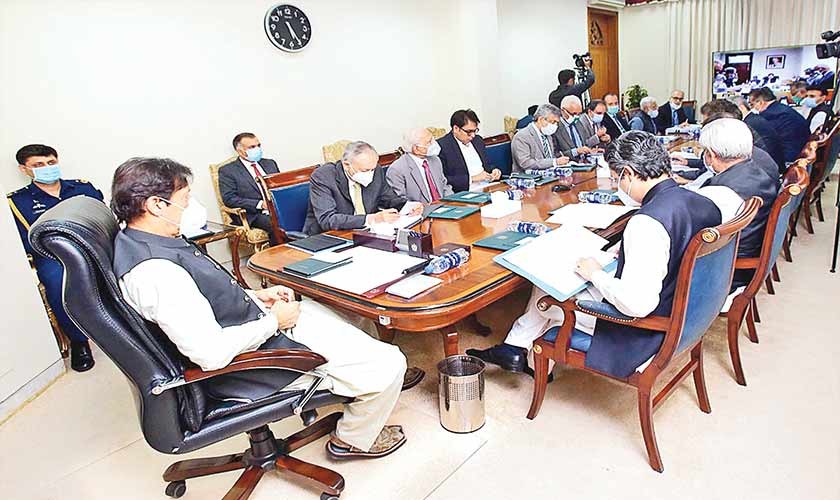 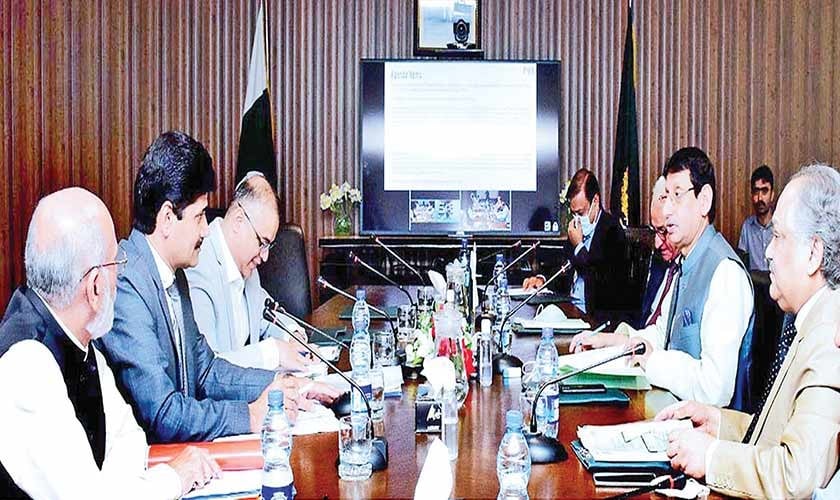 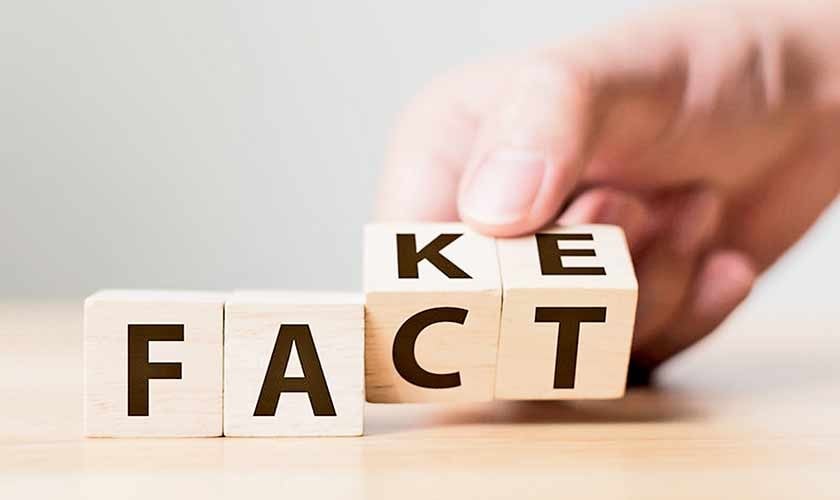 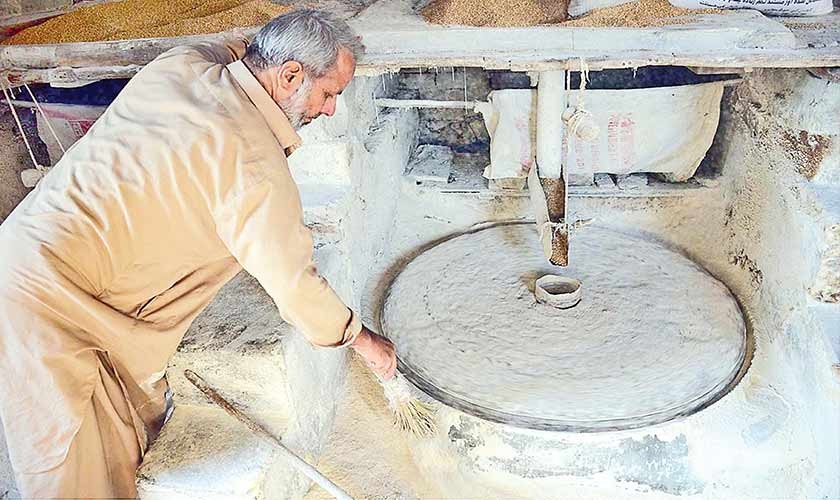