Perhaps, there is no person who would not desire to be addressed in a manner that is appropriate and in conformity with the demands of human dignity.

Perhaps, there is no person who would not desire to be addressed in a manner that is appropriate and in conformity with the demands of human dignity.

No coworker likes to be abused by the supervisor. So, when done, it obviously evokes not merely resentment but also a deep sense of anguish. In such situations to avoid getting on the bitterest as well as the worst side of the supervisor, the poor coworkers, suppress their true feelings; either they accept it as a bargain to keep their jobs or adopt the immunity of acceptance.

The use of spiteful words in everyday conversations indicate the progressive decline, we are all a witness to, currently, both within and outside the organisation. This has come as a shocking replacement to the hitherto values of nobility that earlier were the foundation to any conversation. Regardless of the reason, it is mostly the helplessness of colleagues, to endure, a manager, who is prone to being a loose cannon of words of abuse. A supervisor with a virulent tongue doesn’t need to be told how much he/she is despised for his/her ‘flowery language’ - the responsive behavior of the people is a fair indication of how he/she is judged. But those who use expletives are mostly arrogant, so they also fail to see this response.

In office we hear the most liberal use of expletives. This is done with disdain and disregard to age, gender, status, etc. To some, the use of foul language overtime becomes their second nature. The beauty here is that the person hurling the abuse doesn’t even know that his/her expression included a four letter word! They with its excessive usage in any type of conversations become oblivious that it is actually, not an endearing word, but a swear word.

In the traditions of our society and culture, elders are respected. Now, if a report of yours does an assignment below your standards of expectations, does it entitle you to hurl public abuse at him/her or is it more in line with our primary home training, to take the individual aside, to counsel, firmly but politely, of what you see as the weakness in the output and what you expect it to be. It is almost impossible today to see any manager doing that; their preferred route is to recall with glee, in an uncontrollable state of mind, all the provoking parts of the human anatomy, that are laced with the most demeaning imagination.

One of my colleagues was afflicted with this swearing sickness -definitely not Coprolalia that is defined as involuntary utterance of obscenities being a characteristic of Tourette syndrome or similar disorders. Once in a conversation, he responded to my idealisation of my father’s virtues, including one of being a friendly parent, by extolling his father’s almost similar attributes and attitude; however, he began with, “O, you know my father…was…”, and then unbeknownst to himself, suffixed it with an insult, to an unknown, unidentified sister! I was reeling in shock at this indecency, but I put up a smile and chuckled! He kept asking, why I was smiling? He did not even realised he had used an expletive for his father. That’s second nature at its best.

Since use of expletives is more pronounced in verbal communication than its other formats, it is not restricted to just the corporate environment. It coextends with every branch and segment of the society. Sports, politics, religion too! (Readers may recall the circus clown, who would do recitations and salutations on air and during commercial breaks, indulge in using the most, filthy, despicable, language for entertaining the spot boys, cameramen, producer etc).

Similarly when a catch was dropped, in the slip cordon or anywhere, our captain, now Prime Minister did not leave anything to imagination, nor would it require any expertise in lip-reading to know, which choicest expletive, he had hurled! I am certain those were no words of praise.

Harbajahan Singh, the wily spin bowler from next door, during a TV show very subtly said an Australian opening batsman had confided in him that he was glad Virat Kholi, known for vitriolic and liberal use of expletives, had stopped abusing him. Singh said the Australian told him now every time he would hit a sixer against his bowlers, Kohli would merely say something like “Ben-stokes” with emphasis on “en” of Ben -a fine but an utterly wrong lip-reading by that Australian.

Zen’s essence recognises the capacity of speech is not only in the tongue as the ability to talk is not just a matter of words. Said a sage profoundly, “Evil communication corrupt good manners. I hope to live to hear that good communication corrects bad manners’. It is human misfortune, that good words are stored, to be used sparingly for the dead”.

The manipulative, devious supervisor uses “choice adjectives” to intimidate and create a culture of fear. Since his/her colleagues know and learn over time this character streak, they raise their defences in conversation. This inhibits free flow of information to the ultimate peril of the organisation. The manager gets to know only what will please him, and the plants of toxicity that get nourishment and water by way of neglect, grow into mighty oaks. Most managers who show intolerance to dissent, with provocative responses, fail to recognise the importance of fair, honest, judicious, and relevant comments. And by the time they do, which again is in the remote plains of thought, it is usually too late! Damage is done.

I have found in my experience that the users of expletives believe that its inclusion is the sparkle in the drink or the spice that brings tastefulness to the discussion. Grunting, that too with explosive adjectives should remain the preserve of animal kingdom. When a human (could also be a manager) grunts, he/she is worse than the unthinkable and the unspeakable.

A word spoken is past recalling. If the boss repeatedly says, to his colleagues, “you are donkeys”, then at least in the minimum, they must bray in the harshest of sounds at him, so that he knows the company he keeps very well. A wolf may lose his teeth, but never his nature. He that flings expletives at others dirtieth himself the most. Have read many biographies of our founder, Mr Jinnah; at no place, in any book, has any writer or historian, alluded to any event, episode or moment, when the Quaid used any form of expletive. He never did. No wonder, he was an epitome and paragon of gracefulness in conversation or otherwise, too. Choice of good words represents the beauty of the mind. Respect the man, he will do the more. Only an ill-bird will foul its own nest (organisation) with foul communication standards.

Power, however false it may be, is always the main provocateur for the use of abusive language. There is no merit in any conversation unless it is amply supported by grace. In 1907, a writer Mitchell, Langdon wrote, “If we cannot be decent, let us endeavor to be graceful. If we can’t be moral, at least avoid being vulgar”.

No leader or manager can escape the fact that when they speak, they represent only themselves. There is a load of merit to being a good ambassador of oneself.

The writer is a freelance columnist 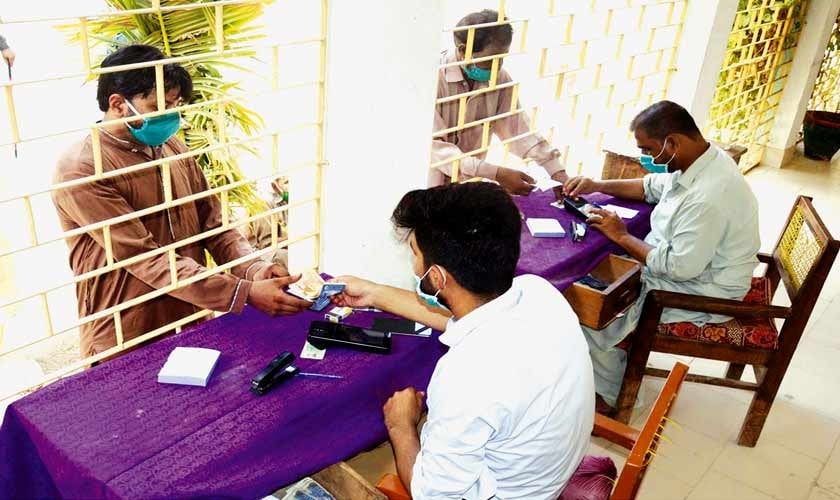