Pakistan is one of the world’s most water-stressed countries with per capita availability of this basic necessity of life decreasing by the day and fast approaching alarming levels. This situation calls for imposition of water emergency and timely actions on part of the state as well as citizens to conserve water primarily for drinking and agricultural purposes.

Pakistan is one of the world’s most water-stressed countries with per capita availability of this basic necessity of life decreasing by the day and fast approaching alarming levels. This situation calls for imposition of water emergency and timely actions on part of the state as well as citizens to conserve water primarily for drinking and agricultural purposes.

Over the years, there has been an increased realisation about this fact and a proof of this is that the environmentalists, water experts, citizens’ bodies, NGOs etc have intensified their efforts to convince states to take steps to cope with the emerging situation.

Similar is the situation in Pakistan where people are expecting the state and the political elite of the country to ensure supply of drinking water and take steps to store rainwater that goes to waste every year. The issue has become so crucial that political parties are making promises in their manifestos to tackle it once they come into power after this year’s general elections. On the other hand, the returning officers are also questioning candidates, during the scrutiny of their nomination papers, on how they will tackle the ever-worsening water crisis.

But what we are missing here is the focus on the provision of safe sanitation facilities to the masses which is crucial for their well-being and can save them from the onslaught of water-borne diseases. No doubt provision of water is important but very few worry about how it is disposed off after use. If we look at the situation, we observe provision of safe drinking water to the masses, people’s access to safe sanitation facilities and public health issue are so inter-linked that these are not discussed in isolation at policy level.

These are categorised collectively under the head of Water, Sanitation and Hygiene (WASH) and people’s access to WASH is seen as a major public health issue covered under the Sustainable Development Goal (SDG) 6.

Pakistan claims to be pursing the SDGs with full commitment and striving to meet the targets set under these. So, in this context, one feels the need to see what the country has achieved so far on the front of universal sanitation coverage for its masses (under SDG 6) and what are the impacts on people’s health and well-being due to lack of it. Furthermore, efforts are required to identify the reasons if there is low sanitation coverage in the country and seek suggestions on how to overcome hurdles and increase it according to the desired levels.

But before we discuss all this, we need to understand what exactly sanitation is and why safe sanitation is the need of the day. Primarily, sanitation is the safe disposal of human excreta while preventing it from coming into contact with humans. In the absence of safe sanitation facilities, the human excreta or the sewage carrying it lies exposed and leads to spread of water-borne diseases like malaria, hepatitis, typhoid and diarrhoea. It may also seep into the ground and mix with the water extracted for drinking purposes. The chances of this are quite high in our country where a large population does not have access to toilets and therefore defecates in the open.

The lack of safe sanitation facilities has economic costs as well, which is mentioned in a report titled “The Economic Impacts of Inadequate Sanitation in Pakistan.” Published by the Water and Sanitation Programme (WSP), with the support of the World Bank, it points out that the country’s loss due to poor sanitation is almost equal to 3.9 percent of the country’s gross domestic product (GDP).

These costs include those associated with death and disease and accessing and treating water. The losses in education, productivity and time due to sanitation issues are in addition to these. Premature mortality, fall in productivity due to illness and the cost of treatment also contribute to the overall figure.

Siddiq Khan, country director, WaterAid, an international non-profit working on WASH, terms sanitation more of a personal and family issue and states that the government should ideally have a monitoring role.His point is that the choice to have a toilet lies with the family but beyond the boundaries of the households it is the responsibility of the government to manage sewage and dispose it off after treating it properly. He says safe sanitation is a basic right but unfortunately the people, especially in the rural areas, do not give it the priority it deserves.

Khan shares people do not demand safe sanitation infrastructure from the elected representatives and prefer to have paved streets in their villages. What happens is that these streets become open sewers and sewage accumulates there leading to spread of dangerous diseases. Other issues, he points out, are that the untreated water seeps into the ground and mixes with water to be used for drinking and enters the food chain in case it is used for irrigation purposes. There is no harm in using treated sewage water for irrigation but in untreated form it can be too harmful for human health, he adds. He shares that only 9 percent sewage water is treated in Pakistan while the remaining 91 percent is dumped into the ground or thrown into fresh streams of water.

Against this backdrop, he suggests the government must prioritise this issue and persuade people to build latrines and where needed provide support to them as well. It shall also go for wastewater treatment plants which are almost extinct in the country and make it binding on the developers to provide basic sanitation infrastructure to their customers.

Khan points out that Pakistan has made significant progress in terms of people’s access to toilets during the period ranging from 2000 to 2015 and hopes it pursues new targets with full commitment. In 2000, the country’s 68.4 percent population was without access to toilets but that figure has come down to 41.7 percent in 2015, showing an increase in coverage by around 27 percent.

Anyhow, there is no doubt that a lot more needs to be done in Pakistan which is still the seventh worst country in the world in terms of access to basic sanitation. As per the data shared by WaterAid, 79 million people or 41.7 percent of population lack a decent toilet, 37 percent have no system for wastewater disposal which leads to spread of diseases due to contamination of water and contact with human waste, 11.5 percent of people defecate in the open, 19,500 children under five die each year from related diarrhoeal diseases and 45 percent of children under five are stunted. Lack of toilets at public schools is a major reason why children, especially girls, do not join schools or drop out after joining.

Salman, a public policy analyst and executive director, Institute for Democratic Education and Advocacy (IDEA), believes issues related to WASH cannot be solved till the time the local governments are granted financial and administrative powers.

He says sanitation is one of the 12 subjects of local governments but these are seen nowhere and the provinces are least willing to strengthen them.

Salman shares Pakistan's National Sanitation Policy was announced in 2006 in which the roles of different tiers of the government were defined clearly, but despite the lapse of 12 years very little has been done on ground. 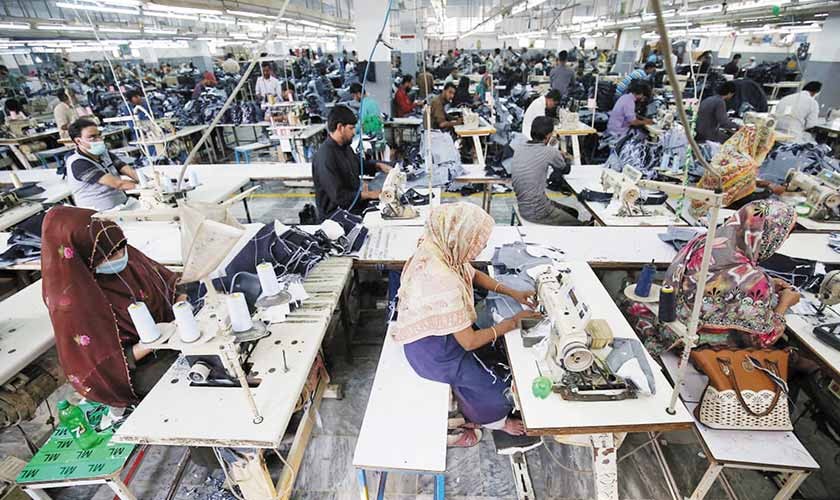