Where the shoe pinches

Pakistan is the sixth largest shoe manufacturer in the world and has the best quality leather available as basic raw material for the industry. Its footwear has a good demand abroad and that is why high quality shoes are exported in large quantity, mainly to Europe and the Gulf estates. Around 51 per cent of the exports go to Europe and one reason for this is that the European Union (EU) has awarded GSP Plus status to the country and the industry is trying to make best use of it. 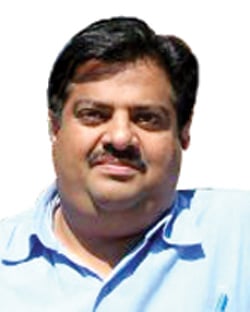 However, a discouraging trend is that these exports have declined sharply over the last two years. The footwear export figure which was $131 million in 2014-2015 has come down to $95 million in 2016-2017. This negative trend has sent alarming signals to the industry which is now planning to tackle this situation on war-footing. Pakistan Footwear Manufacturers’ Association (PFMA), which is the sole representative of more than 170 members, including shoe manufacturers, exporters, traders etc, is discussing the industry’s case at different forums, highlighting the reasons for the fall in exports and seeking corrective actions from the authorities that matter.

The industry complains the exports have suffered because there is no level playing field when it comes to competing with regional competitors like India, Bangladesh, China, Korea, Indonesia, Vietnam, Thailand and others. It explains many customers have shifted to India and Bangladesh because both these countries are giving 10 to 12 per cent export incentives to their footwear exporters whereas there is hardly any support available to Pakistani exporters. Besides, the industry claims there are high regulatory duties, customs duties, sales tax etc imposed on import of raw material and the situation about drawback of local taxes and levies, and duty drawbacks is also dismal.

Apart from this, the lack of trained and skilled workforce in footwear industry is a huge stumbling block in the growth of this sector which has not developed according to its true potential. The industry sources share that a large number of manufacturing units are using decades old machinery and those who have installed new machinery do not have the trained workforce to operate it. There is a dearth of footwear designers as well. Due to this, the manufacturers copy international designs and manufacture shoes according to these. The productivity of workers is also low due to which there is delay in delivery of orders within the given deadlines, wastage of raw material is high and the skills if any are based solely on the knowledge gained under the informal ustaadi-shaagirdi system.

To address this issue, PFMA has launched ambitious training programmes under the Technical and Vocational Education and Training (TVET) Sector Support Programme (SSP) and trained skilled workforce under a dual training system, says Col (retd) Liaquat Ali Qamar, secretary general of the association. He says under this system the trainees are supposed to work in factories for four days and spend two days at the Government Institute of Leather Technology, Gujranwala. The 26 trainees who attended the course were selected from among fresh applicants and given Rs10,000 monthly stipend each during the training. On the completion of the training they were given permanent jobs by the factories where they had worked as trainees, he adds.

Such trainings have the support of the government of Pakistan which has embarked upon comprehensive reforms in the TVET sector through the National Vocational and Technical Training Commission (NAVTTC) to provide millions of young people with employable skills. The first phase of the TVET-SSP was launched in 2011 and it ended in 2016. The second phase of the programme, funded by the EU and governments of Germany and Norway has been launched from January 2017 with an objective of improving governance and private sector participation in the TVET sector to increase quality skill development that meets the demand of the labour market.

PFMA Secretary Liaquat says the said training course spanned six months - started in October 2016 and ended in March 2017. All recruitment was fresh and the qualification required for applicants to become eligible was from middle to matriculation. The supervisors of the partner shoemaking factories were made trainers who taught the trainees the syllabus designed after getting input from both the academia and the industry. The purpose for this collaboration, he says, was to produce workforce that met the modern day requirements of the industry and was ready to work from the very day the training course finished. The hands-on experience one gains during this dual training system makes the real difference, he adds.

The PFMA secretary general shares that eight supervisors were sent to Germany to get trained as trainers and a qualified instructor from Germany also came to Pakistan and visited different industrial units. Here he imparted training to workers in groups and helped increase their understanding of the trade and hone their technical skills.

He says the post-training benefits for workers are many and one example of this is that now they can cut out leather for 13 to 14 pairs of shoes from one goat/sheep skin as compared to a maximum of 7 to 8 in the past. This means the wastage of raw material has been reduced to a great extent and this will bring down the price per unit considerably. He says price is important because they have to compete with China which is selling shoes in the market for as low as $6 to $7 per pair. Quality has its own merits but to attain this, he says, the industry needs to have good local designers who can come up with attractive designs.

The latest is that the PFMA is ready for the second round of leather technician training that will begin in October 2017. Besides, it plans to train around 4,000 workers involved in different tasks associated with footwear industry from cutting to finishing and final packing over the next five years. These trainings will be conducted under the TVET Sector Support Programme and it is hoped these will help the footwear industry overcome its perennial shortage of skilled workforce.