Many online lenders have failed to detect the "stacking" of multiple loans by borrowers who slip through their automated underwriting systems, lending company executives and investors told Reuters.

The practice is proliferating in the sector - led by LendingClub, OnDeck and Prosper Marketplace - because of many lenders´ hurried, algorithmic underwriting, use of "soft" credit inquiries, and patchy reporting of the resulting loans to credit bureaus, according to online lending and consumer credit experts.

Such loopholes, they said, can result in multiple lenders making loans to the same borrowers, often within a short period, without the full picture of their rising obligations and deteriorating ability to pay.

New revelations of loose lending could make it harder for the beleaguered sector to win back trust from investors who are already concerned about slipshod underwriting and rising default risk.

The marketplace lending industry - which last year hit $18 billion in annual loan originations - has seen plummeting share prices and the retreat of some major backers, including BlackRock and Citigroup.

Industry leaders LendingClub and Avant said they are aware of stacking and its dangers, but they downplayed the risks and did not provide examples of specific actions taken to prevent the practice.

OnDeck and Prosper said they have launched efforts to detect and guard against stacking.

Some higher-risk lenders allow and promote stacking as debt consolidation, but most lenders consider it a threat, particularly when not disclosed.

Edward Hanson, the owner of Ella´s Wood Fire Pizza, said he started stacking loans about five years ago to sustain his business.

"You take out another one to help you pay for the first," Hanson said.

Hanson, 55, said he already had loans from a variety of online lenders when he received offers from online business lenders OnDeck and Kabbage, which approved his application, he said.

OnDeck knew Hanson had at least one other loan when he applied in August of 2014, and required that the existing debt be paid off as a condition of the new loan, said company spokesman Jim Larkin.

When Hanson came back a year later, OnDeck declined his application because Hanson had stacked loans during the course of repayment, Larkin said.

Kabbage declined to comment on Hanson´s loans and did not respond to questions about its stacking policies.

Hanson now pays nearly 40 percent interest on his latest loan, from yet another lender.

"I pretty much feel trapped," he said.

Institutional investors have lately grown wary of marketplace lenders after initially hailing them as disruptors of banks and credit card companies.

Wall Street money is crucial for most online lenders, who need it to fund their loans.

Citigroup ended its partnership with Prosper earlier this year.

The bank had repackaged about $1.5 billion of Prosper´s loans into securities since the partnership began less than a year ago.

The company knowingly sold $22 million in loans that did not meet the agreed specifications of one investment bank, Jefferies, and falsified the applications of $3 million of those loans.

LendingClub is under investigation by the U.S. Department of Justice, the company said last month, and a number of its large investors have halted investments in the wake of its chief executive´s resignation.

The New York Department of Financial Services also has said it will launch a probe into online lenders.

Now concerns about stacking are adding to the industry´s woes.

One investment firm that was considering buying equity in a marketplace lender described stacking as a sector "blind spot."

The firm declined to be named.

Bill Kassul, a partner in Ranger Capital Group - which has about $300 million invested in marketplace lending and business lending - said stacking has become a concern in the last two years and poses a "big risk" to investors.

Stacking was "one of the reasons why we think we saw credit deteriorate last summer when we stopped our marketplace lending program," Weinstein said.

In their haste to give applicants quick loan decisions - sometimes within 24 hours - some marketplace lenders do not conduct thorough credit checks, known as "hard inquiries," according to industry executives.

Such checks create an updated log of credit and loan applications, and they can lower a borrower´s credit score.

Running hard checks only at the last minute, however, can also leave other lenders in the dark, said Gilles Gade, president and CEO of Cross River Bank, which invests in many online lending platforms.

At that point, the borrower may have already obtained other loans, he said, because hard checks can take about 30 days to show up on a credit report. Another problem: Loans that never show up on credit reports at all, because of uneven reporting by online lenders.

"Not all lenders in our industry report to bureaus," said Leslie Payne, a spokeswoman for LendUp, which makes high-interest installment loans.

In a February blog post, Experian, the credit bureau, said a "significant number" of marketplace lenders do not report their loans.

Prosper, Avant and LendingClub told Reuters that they report their loans to all three major credit bureaus at least monthly.

Many lenders said they also pull data from other sources, including paystubs, tax documents and accounting software for businesses to size up a borrower´s ability to pay. 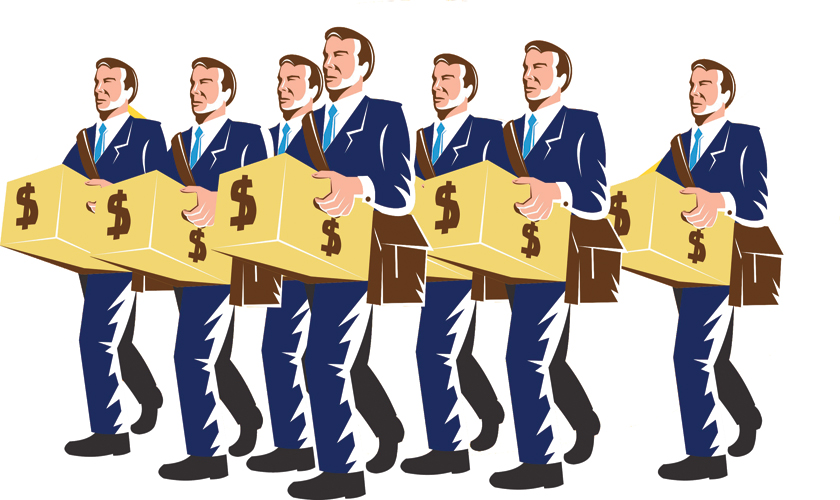 LoanDepot said it has taken several steps to mitigate the risks of stacking, including requiring months of bank statements for its borrowers and building custom algorithms to flag potential stacking activity.

Most online lenders focus on either business or consumer lending.

Those lending to small businesses may face greater risk from stacking, in part because of a separate class of high-risk, high-interest business lenders that actively promotes the practice.

Merchant cash advance lenders make loans based mainly on a business´s expected revenue rather than its credit record or existing debts.

They often scour databases of business loans - such as those by OnDeck or Kabbage - and use them as marketing leads to find new borrowers, online lending executives and investors said.

It has also started monitoring borrowers more frequently and joined the Small Business Finance Exchange, an effort to share lending data to guard against stacking.

After OnDeck turned down the second application from Hanson, the pizzeria owner, he turned to World Business Lenders, a small business lender founded in 2011. He now pays 39 percent interest.

Hanson would not detail his balance or his payments, but said he put up his house as collateral.

The company said Hanson´s latest loan reduced his payments from 44 percent of his business´s revenue to 12 percent by offering a longer term.

Some small business owners will keep borrowing as long as lenders grant approvals, taking one loan after another, said chief executive Doug Naidus.

But at some point, he cautioned, the principal needs to get paid back.

"But when the music stops, everybody´s got to find a chair.”

The writers work at Reuters

Back to dark ages