Marble sector (consisting of marble, granite and onyx), though severely under-developed, is an important component of SME sector, which faces many issues and challenges. One of emerging industries, marble sector has tremendous growth potential, but has been ignored by successive governments, federal as well as provincial.  Various measures announced by the government in 2006, almost ten years ago, have not yet been implemented effectively, and pace of progress is too slow. These projects included upgrading 14 selected quarries, developing 18 marble cities to house 2,000 state-of-the-art marble factories, and setting up marble training institutes on international standards across the country. 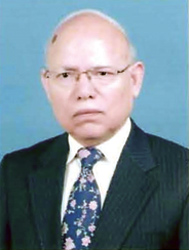 Marble is the sixth largest mineral extracted, with some 1,400 quarries and 3,000 processing units—all in the small-scale sector-- employing about 30,000 workforce. Marble, onyx and granite have very large deposits classified as medium to high grade, estimated to be over 350 million tons, according to Geological Survey of Pakistan. Unfortunately, these reserves have not been specifically measured as yet. There are no recent discoveries either, however, other geological surveys infer 3 billion tons of marble deposits in Khyber Pakhtunkhwa(KP)/FATA which accounts for over 70 percent of national marble production, while Balochistan has about 2 million tons reserves. Marble reserves are concentrated in Chitral, Buner, Swat, Parachinar, Swabi, Mardan, Nowshera, Bajour, Waziristan Agency, Mohmand Agency, Khyber Agency, Gilgit, Hunza, Lasbela, Chaghai, Khuzdar and Azad Jammu and Kashmir.

Among all dimension or natural building stones, marble is most preferred stone the world over. Pakistani marble is highly acclaimed in international market. There are over 100 types of colours and varieties with exotic appearances and of great decorative and functional value that offers a comparative advantage over most other countries. There are 17 branded marbles in white, black, green, pink, grey, brown and yellow colors. Nonetheless, marble is highly degraded due to a variety of factors like poor blasting practices, inefficient mining and outdated processing technologies, inconsistency of product quality and shortage of skilled manpower.

Globally, Pakistan is sixth largest extractor of marble, but has insignificant share in world exports of $ 60-70 billion that is growing at eight percent annually. Extraction and production of marble has registered gradual increase year-on-year, from 0.63 million tons in 1999-2000 to 1.83 million tons in 2005-06, to about 5 million tons in recent years, but declined now to 1.3 million tons. Ironically, there are just 30 units with appropriate machinery and equipment for cutting, sawing, grinding, polishing and sizing. Mostly, raw and semi-finished products are produced. Wastage is recorded average 80 percent against benchmark of 45 percent global. While domestic market is well developed, yet marble product users in Pakistan are relying more on imported products, which amounts to about 53,000 tons of marble and granite annually.

Despite many constraints and problems faced by industry, its export has been increasing sharply—from $23 million in 2003-04 to $41 million in 2010-11 and $61 million in 2011-12. The marble exports during last two years however have declined, and so have the overall national exports. International construction industry is projected to grow at 6.6 percent, from $940 billion in 2013 to $990 billion recently. Saudi Arabia alone imports marble products worth $1,500 million. There exists therefore huge potential in export market where Pakistan has already carved a niche.

Given the conditions of massive and persistent electricity load-shedding, poor law and order situation and lack of infrastructure particularly in areas with concentration of quarries and processing units like KP/FATA and Balochistan, it is not likely that production and consequently exports would increase, unless the government takes special steps associating mine owners, business entrepreneurs and other stake-holders. China is main market for Pakistani marble, with a share of 60 percent of total exports, but only for raw products—slabs and blocks, which are imported in China at zero-rated duty under FTA. Italy is another major buyer of Pakistani marble. China and Italy process raw or semi-finished products further and re-export internationally including Pakistan in far more value-added forms like mosaic work, inlay designs, tiles etc. Other markets, such as Saudi Arabia, Middle East, Europe, Russia and USA have demand of finished marble products and thus constitute less than 10 percent of our marble exports.

Though the government remains indifferent to challenges faced by this sector, which is termed vital for increasing national exports, USAID has helped to streamline and modernize business. Through its 5-year USAID Firms Programme of $5 million that focus on ten most economically promising private sector SMEs, it has supported in capacity building, developing a strategy to improve quality, improving market linkages, and achieving value-addition in marble sector. Also, it is heartening that KP government has taken initiative to announce its mineral policy, first-ever mineral policy of any province after passage of 18th Constitution Amendment, allowing many fiscal and non-fiscal concessions to marble sector.

The writer is ex-Chairman of the State Engineering Corporation

The decline of an oil giant

Turning all to ash