Sadia Khan may feature in a song alongside Akshay Kumar

Cross-border cultural exchange between Pakistan and India is becoming a pleasant norm as more and more Pakistani stars make their way across to Indian shores.

Several Pakistani actors have been roped in to play prominent roles in Bollywood films, either as the lead character (Fawad Khan) or in a supporting capacity (Adnan Siddiqui, Ali Zafar). 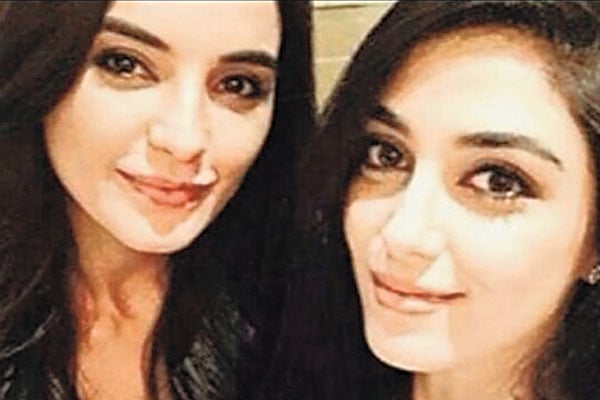 However, this time around an Indian production company has approached actress Maya Ali and model-turned-actress Sadia Khan to feature in a Bollywood song.

Ali and Khan were recently spotted in India and word has it that the two stars were in town to feature in a project. Khan, who came back to Pakistan on Friday, shared a selfie with Bollywood star Akshay Kumar on her Instagram account. When Instep contacted the actress to find out more, Khan revealed that she was there to meet the actor and the producers for a possible role in the film.

“I went for a meeting with them,” Khan told Instep. “They called me to meet Akshay. It’s an item song sort of thing for which I auditioned.”When asked if Ali was a part of the same film, Khan explained that both of them were contacted for the same role.

“She is out of the race now and I am waiting to hear for them,” Khan maintained. Noting that one has to be cautious when doing an Indian film, Khan said, “Both Ali and I had some reservations regarding the role.”

Though Khan expressed gratitude at the kind of respect and response she received in India as well as delight on meeting an A-list actor like Akshay Kumar, she reiterated that if she’s not cast in the project, it won’t be a big deal and she hoped to try her luck in the future again.